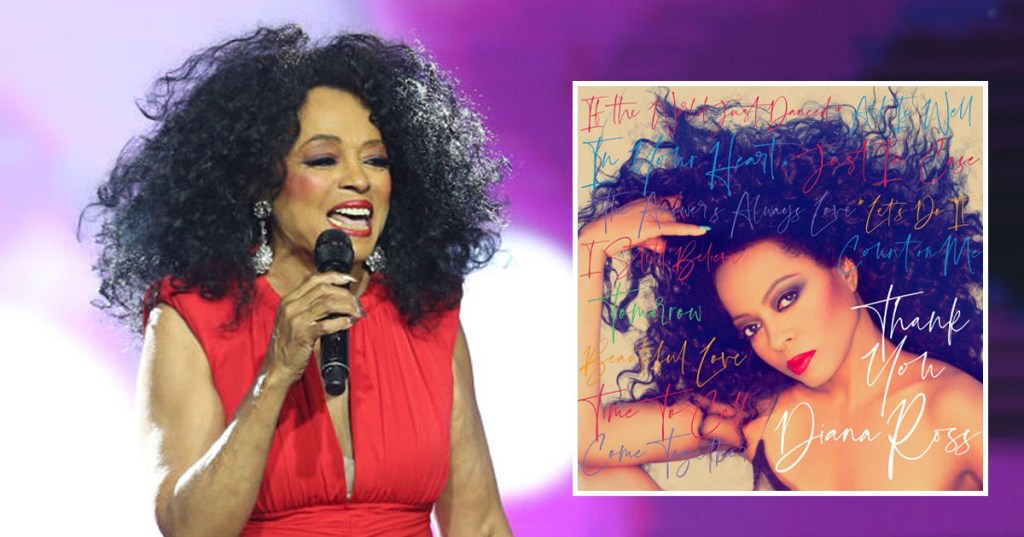 The distinguished soul star, 77, will release Thank You, a collection of 13 songs recorded in her home studio, in the autumn.

The former Supremes member, whose hits include Baby Love, I’m Coming Out and Upside Down, last released a studio album in October 2006.

Diana commented: ‘This collection of songs is my gift to you with appreciation and love. I am eternally grateful that I had the opportunity to record this glorious music at this time.’

She added: ‘I dedicate this songbook of love to all of you, the listeners. As you hear my voice you hear my heart.’

The US star enlisted high-profile songwriters for the project, including Jack Antonoff of the band fun., who has worked with artists including Lorde and Lana Del Rey, Sam Smith collaborator Jimmy Napes, and Rihanna co-writer Prince Charlez.

Thank You will be Ross’s first album on Decca Records, the British label established in 1929, which is home to Dame Shirley Bassey and Andrea Bocelli and associated in the past with acts including Dolly Parton, Buddy Holly and The Rolling Stones.

Song names on the 13-track album include If The World Just Danced, In Your Heart, Let’s Do It, I Still Believe and Come Together.

She rose to fame in Motown’s jewel-in-the-crown group The Supremes, which began as The Primettes in 1959, alongside founding members Betty McGlown, Florence Ballard and Mary Wilson, when Diana was aged just 15.

Once established as a trio and renamed, the group stormed the charts in the 1960s with five consecutive number ones:  Where Did Our Love Go?, Baby Love, Come See About Me, Stop! In the Name of Love and Back in My Arms Again.

She was handed a Lifetime Achievement Grammy in 2012 for her lengthy career, which her achieve further success in her solo career as a disco singer in the 1980s.

Alongside icons like Dusty Springfield, Aretha Franklin, Martha Reeves and Dionne Warwick, Diana is considered one of the original pop divas of the 1960s.

The album’s title track and first single, Thank You, will be available for streaming and download on June 17.


MORE : Frank Turner ‘giddy with excitement’ about the return of live music and to ‘not be playing to the back of my phone, my wife and my cat’