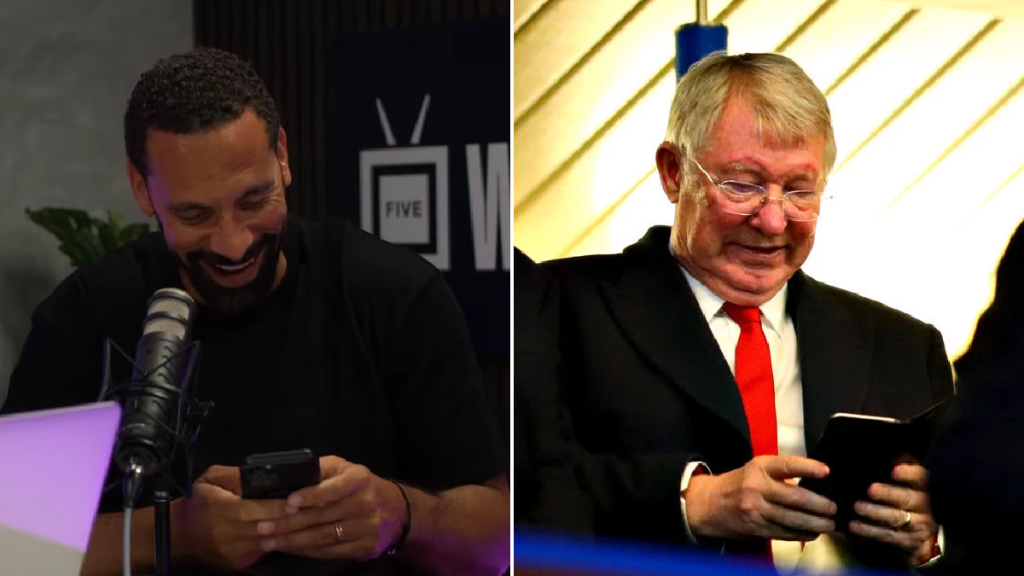 Rio Ferdinand could not resist teasing Sir Alex Ferguson as Scotland suffered a 2-0 defeat in their opening match of Euro 2020, though the former Manchester United manager is convinced his countrymen can beat England.

After a 23-year wait to play at a major international tournament, the Scots were undone against Czech Republic by two strikes from Patrick Schick – the second of which, a 50-yard lob, will go down as one of the competition’s greatest ever goals.

Next up, Scotland will travel to Wembley on Friday evening to take on old rivals England knowing that they will likely need at least a point to keep their hopes of progressing to the last 16 alive.

Ferdinand was analysing the Three Lions’ own victory over Croatia on his Vibe With Five Youtube channel while the Scotland match was taking place and was delighted when word reached him that they had fallen behind.

The former United centre-back halted the discussion and whipped out his phone to wind up old boss Sir Alex, who had been giving as good as he got in the build-up to Scotland’s first match.

Ferdinand also trolled former United teammate and proud Scotsman Darren Fletcher, while he revealed that Sir Alex is convinced Scotland will ‘overrun’ England and claim a famous win at Wembley.

Speaking on Vibe With Five, Ferdinand said: ‘Can I just say something: Scotland are getting beaten 1-0!

‘Sir Alex Ferguson has been on my phone all morning. Let me see if I can text him back right now. I’m gonna text him now: “Are you OK boss?”

‘He thinks they [Scotland] are going to beat us [England], he thinks they’re going to overrun England. They’ve got to get past this first game before that!’

Turning his attention to Fletcher, Ferdinand continued: ‘Who’s the other one I’ve got on my phone who’s been blowing it up? Darren Fletcher. “Fletch, you alright?”’

Scotland boss Steve Clarke was happy with his side’s performance despite the defeat, having created plenty of chances, and is confident they will bounce back against England on Friday.

‘We came here to be competitive and I think we were,’ he said after the game. ‘Sometimes a football match doesn’t go your way and today was that day.

‘I don’t think there was much between the two sides if you look at our attempts at goal. Our possession was good, we just weren’t quite clinical enough at the right time but the game on Friday will take care of itself.’


MORE : Rio Ferdinand gives advice to Jadon Sancho after being left out of England squad for Euro 2020 opener