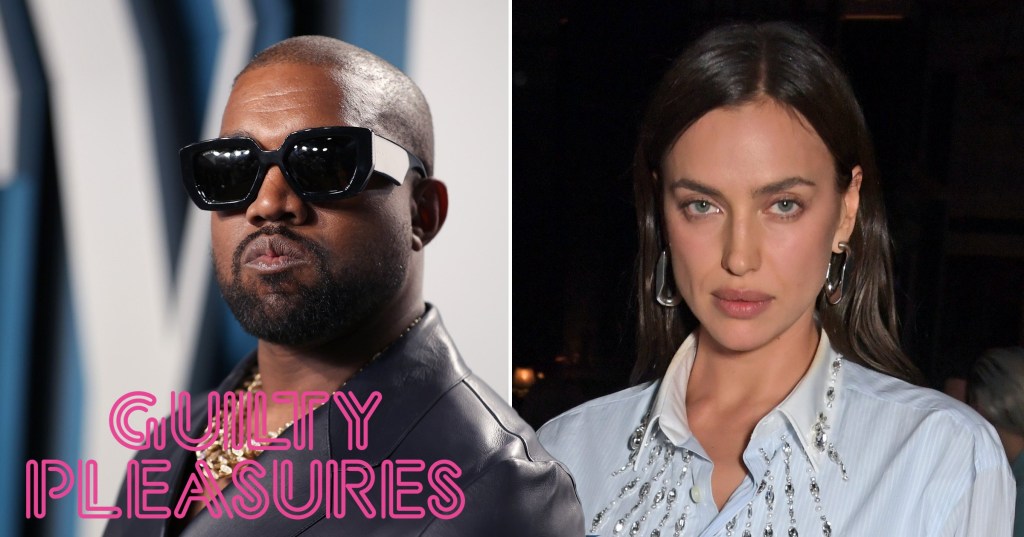 Kanye West and Irina Shayk are reportedly ‘keeping things casual’ after being photographed together this week.

The recently separated rapper and the Russian supermodel — whose exes include Bradley Cooper and Cristiano Ronaldo — ‘looked incredibly happy and relaxed’ when they landed at New Jersey airport on Wednesday.

The pair resurfaced together following a holiday in France to celebrate his 44th birthday, staying at a 600-acre luxury resort in Provence called Villa La Coste.

Irina wore a white trackie on their private jet home and was spotted in a mask carrying her vanity case, while West hid under a blue hoodie from his Yeezy Gap range. Pals say the beauty, 35, is pretty ‘smitten’ despite only having been seeing West for ‘several weeks’. They are resisting making things official as they are keeping things ‘casual’ for now.

Kanye is said to have been darting over to New York from his Wyoming ranch to see the Victoria’s Secret stunner.

The couple had been hanging out in the Big Apple before their European trip.

It has now been revealed that Irina and Kanye could have been sparking for months, leaving clues right under fans’ noses. She was spotted wearing some of Kanye’s exclusive Yeezy merchandise produced in April as a tribute to late rapper DMX — before the tops were released for sale.

That was two months after Kanye and Kim Kardashian called quits on their six-year marriage, citing irreconcilable differences. Until then, the Stronger rapper had been wearing his wedding ring during the couple’s separation.

He and Irina do have previous, having known each other for 11 years. She starred as an angel in his 2010 Power video — during her six years dating Ronaldo — and strutted her stuff for his 2012 Paris fashion show.

On Kanye’s birthday on Tuesday, Kim — who is mum to his kids North, seven, Chicago, three, Saint, five, and Psalm, two — posted the greeting: ‘Love U for Life!’

It means the former Mr & Mrs West could be about to join Irina and A Star Is Born actor Bradley in the friendly exes club. She and Cooper, 46, are often seen out together with their four-year-old daughter Lea de Seine.

Taika Waititi has nothing but good memories of his time in Sydney… during which he pulled Rita Ora.

The Kiwi director, who was in Australia to shoot the new Thor film, was distracted by the British pop babe.

Now the new Star Wars boss is in Hollywood — and Rita, 30, is there too after wrapping her work on The Voice Australia.

Taika, 45, said of his time in Sydney: ‘Everyone was really beautiful. At a time when I couldn’t see my kids for almost seven months, it was nice to be surrounded by people who made me feel at home.’

Jessie J is screaming from the rooftops about her new romance if her latest track is anything to go by.

The Bang Bang singer has been quiet in the charts for a few years but her aptly titled single I Want Love coincides with the man in her life, Texan dancer Max Nguyen.

Last year, after breaking up with Hollywood star Channing Tatum, Jessie wrote about ‘unhealthy love’. Now the 33-year-old, who unveiled her relationship with Max in March, hints they started out with crossed wires. ‘I never thought you’d run to me,’ she sings. ‘I only closed the door because I thought you were afraid.’

Ed Sheeran will be talking about his eagerly awaited single on Greg James’s Radio 1 show on June 25.

He posted a snap of his shocked face, writing: ‘The moment you realise your first solo single in 4 years is coming out.’

Calum Scott tackles romantic struggles on new single Biblical. The You Are The Reason singer, 32, who filmed the video under water, said it was about ‘a love of biblical proportions that transcends everything’.

Ricky Martin is dangling both this earring and a musical carrot for fans when he drops Qué Rico Fuera today.

The Livin’ La Vida Loca singer has teamed up with Chilean star Paloma Mami, 21, for the catchy dance ditty.

MORE : Kanye West does his best to hide as he and Irina Shayk arrive in New York together amid Kim Kardashian divorce

MORE : Katie Price vows to get justice for Harvey as ‘coward’ who mocked him is found not guilty in court