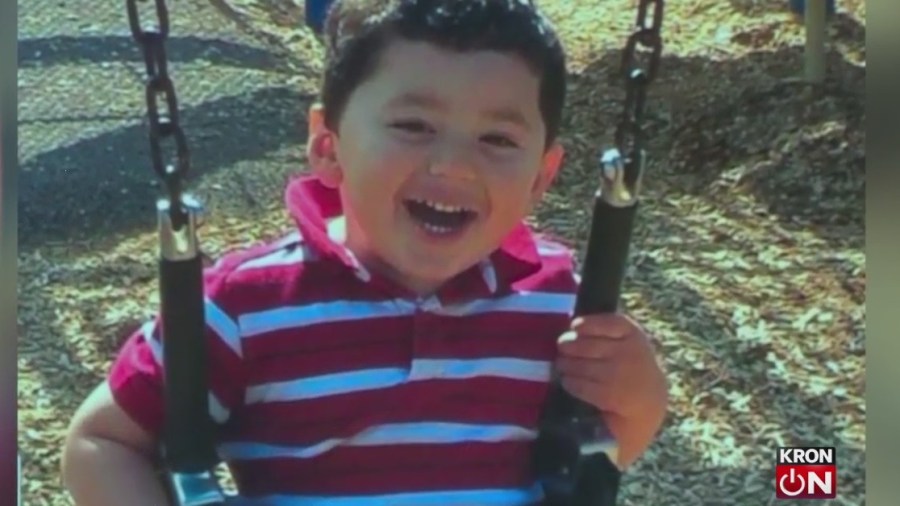 SAN JOSE, Calif. (KRON) — The mother suspected of killing her 7-year-old child has been arrested on Tuesday morning in Denver.

Samantha Moreno Rodriguez, 35, was taken into custody by the Denver Rocky Mountain Safe Streets Task Force led by the FBI, according to the Las Vegas Police Department.

She will be booked into a Denver-area jail for one count of open murder pending
extradition to Las Vegas, police said.

Police in Las Vegas spent over ten days trying to identify the body of a child, and that investigation led them to San Jose.

Liam Husted, age 7, was found dead near a highway in Nevada on May 28. His mother, Moreno Rodriguez, was nowhere to be found.

A family friend of Moreno Rodriguez helped lead investigators back to the Bay Area when she called San Jose police after seeing the composite of the previously unidentified boy in Vegas. She was confident it was Husted.

San Jose police said Liam’s father also contacted police on June 1, reporting that he had not heard from his son or Moreno Rodriguez. Police said he did not wish to pursue any charges at that time, but wanted documentation. Liam’s body had already been found by then, but not identified.

Vegas police then sent a detective to San Jose to gather clothing and items of the child. Over the weekend, a forensics team confirmed his identity.

The gruesome discovery led to a nationwide search for Moreno Rodriguez, but a motive for the murder is unclear.

Police believed Moreno Rodriguez left San Jose with the boy on May 24. Two days later, they were confirmed to be in the Laguna Beach area and in Victorville, California.

Husted’s body was discovered on May 28 at the Mountain Springs Trailhead in Nevada. The following day, Moreno Rodriguez’s car was spotted driving on I-70 near Grand Junction, Colorado.

Police said she was last seen on May 31, checking herself in to a Denver-area hotel. Police believed she was traveling alone and had asked nearby hotels to help in their search by checking their records.

The boy’s father is not considered a suspect, police said.

The general public was asked to keep an eye out for Moreno Rodriguez’s car:

She has been seen driving a 2007 dark blue Dodge Caliber, license plate 6WLH211.