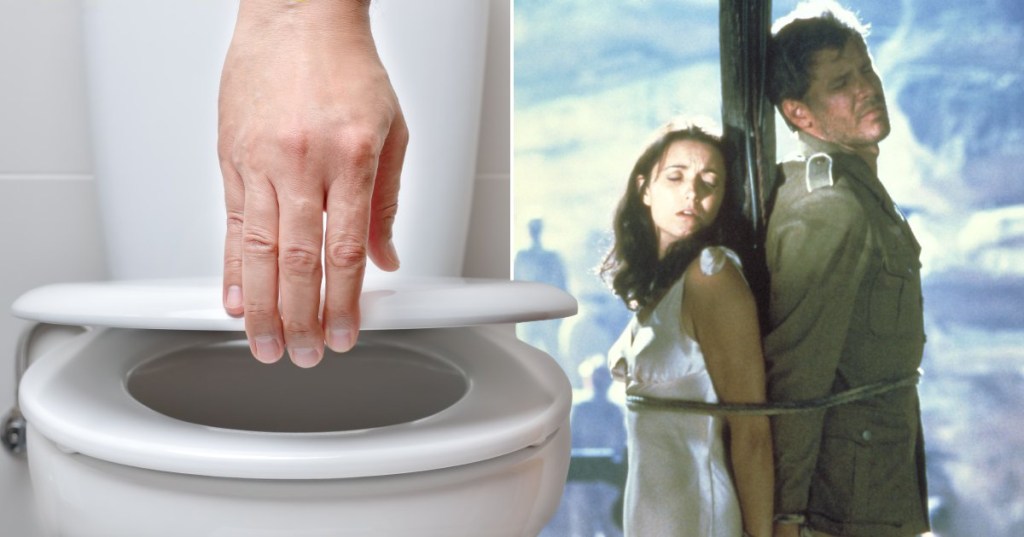 Reasonably high up on the list of things we didn’t expect to learn is that the iconic opening of the Ark of the Covenant scene in the first Indiana Jones movie Raiders of the Lost Ark was enhanced by the sound guy’s ceramic toilet lid.

Although it’s been 41 years since he started work on the first Indiana Jones movie, sound designer and supervising editor Ben Burtt still remembered the bag of tricks he’d used to create and enhance the film’s sound.

Explaining how he and his team – including Foley artist John Roesch – developed the sounds for the movie, they skipped through a list of sound effects including fights, fire, snakes and, erm, toilet lids.

On a behind the scenes video featurette from Paramount Home Entertainment included on the new 4K Ultra HD Indiana Jones 4-Movie Collection, Ben remembered: ‘I wanted something for them opening the lid of the Ark of the Covenant, and the actual prop ark was just plastic.

‘Most props are not recordable really and used in the final movie.’

And then brandishing the very toilet tank lid that inspired him, and which he used for the effect, Ben said: ‘I came up with this sound that was right at hand, which was my toilet tank bowl cover.’

‘I’ve saved it all these years – the toilet has long since fallen apart,’ he admitted.

‘But in any event, it’s a little blasphemous to admit this, but this is the lid of the Ark of the Covenant.’

And now we’ll never view that scene in quite the same light, although John pointed out: ‘If Foley is done where it’s done well, you don’t know we’ve done it.’

And that is absolutely true in this case – toilet tank lids never crossed our minds for a moment.

With shooting currently underway on the fifth film of the franchise, the experts cycled through a few other tricks they used for the film, including croquet balls in socks and celery wrapped in a chamois cloth for punches in a fight scene.

A good old crunch on one of those stalks also doubled up nicely for when Indy bites the arm of the massive Nazi during the fight around the aeroplane.

And that time Marion whacks Indy in the face by mistake with that hinged mirror on the steamboat? That was a wooden mallet on a metal dustbin lid, which is possibly less inconceivable than the toilet revelation.

Ben also spoke about the famous snake-filled Well of Souls scene, where he had to produce the sound of ‘many snakes slithering over each other, all at once’, sharing another unexpected sound prop.

Indiana Jones 5: Where is it being filmed, who is in the cast and when is it out?

‘We turned to something we’ve made a lot of use of over the years – it’s my wife Peggy’s macaroni and cheese,’ he stated, while demonstrating how a good squeezy dive of a gloved hand into a metal bowl of gelatinous mac and cheese could sound remarkably like hissing serpents and flames.

We hope Peggy is truly honoured at having her home cooking thus immortalised in cinema.


MORE : Indiana Jones 5: Where is it being filmed, who is in the cast and when is it out?