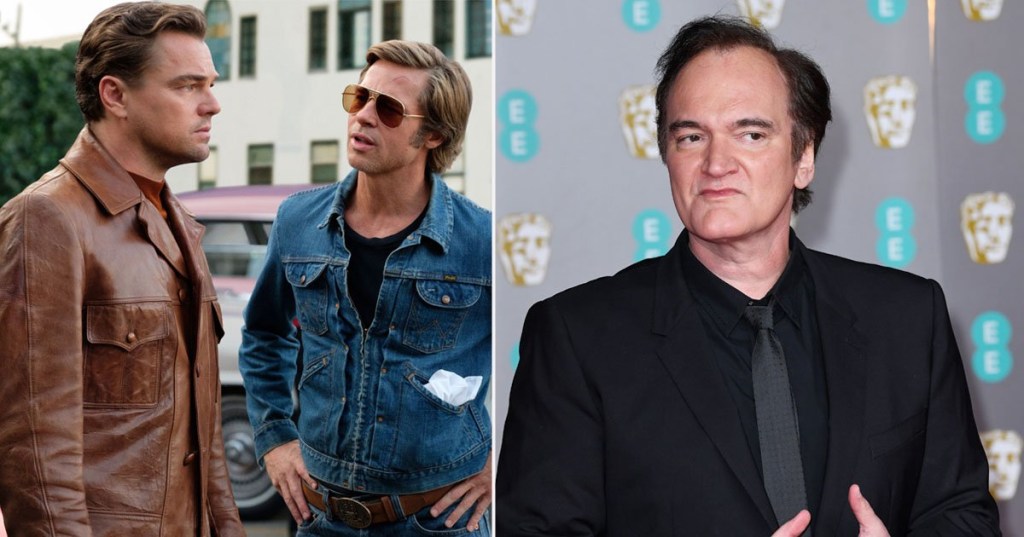 Director Quentin Tarantino is hinting at retirement once again, saying he’d be ‘really, really happy’ to end on the Oscar-winning success of Once Upon a Time In Hollywood and avoid ‘a f***ing lousy’ final film.

The filmmaker, who has always publicly claimed his intention is to retire after 10 movies, was discussing his feelings on directors’ final films, sharing that he felt they bow out on a bum note – a fate he’s keen to avoid.

‘Most guys have horrible last movies. Usually their worst movies are their last movies,’ the 58-year-old said on the Pure Cinema Podcast.

Continuing his argument Tarantino claimed that this was ‘the case for most of the Golden Age directors that ended up making their last movies in the late 60s and the 70s’, as well as true for ‘most’ of the directors who bowed out in the late 80s and 90s.

The director used director Arthur Penn as his example, who is best known for his work on 1967’s Bonnie & Clyde.

He explained: ‘The fact that Arthur Penn’s last movie is Penn & Teller Get Killed is, like, a metaphor for how crummy most of the New Hollywood directors’ last films were.

‘So, to actually end your career on a decent movie is rare. To end it with, like, a good movie is kind of phenomenal. It’s just rare.

‘I mean, most directors’ last films are f***ing lousy.’

Bringing himself into the equation, Tarantino mused: ‘It’s making me think that maybe I should not make another movie because I could be really, really happy with dropping the mic on Once Upon a Time In Hollywood.’

If Tarantino stops now, he’d be right on schedule, as Once Upon a Time In Hollywood marked his tenth outing as writer and director.

Tarantino netted his first Oscar nomination for best picture with the 2019 period cinema piece, and star Brad Pitt picked up his first acting Oscar for his role as stuntman Cliff Booth.

Previously, the writer-director has won two Academy Awards for screenplay from four nominations, with Pulp Fiction and Django Unchained victorious. He’s also been nominated three times for best director, including for Once Upon a Time In Hollywood.