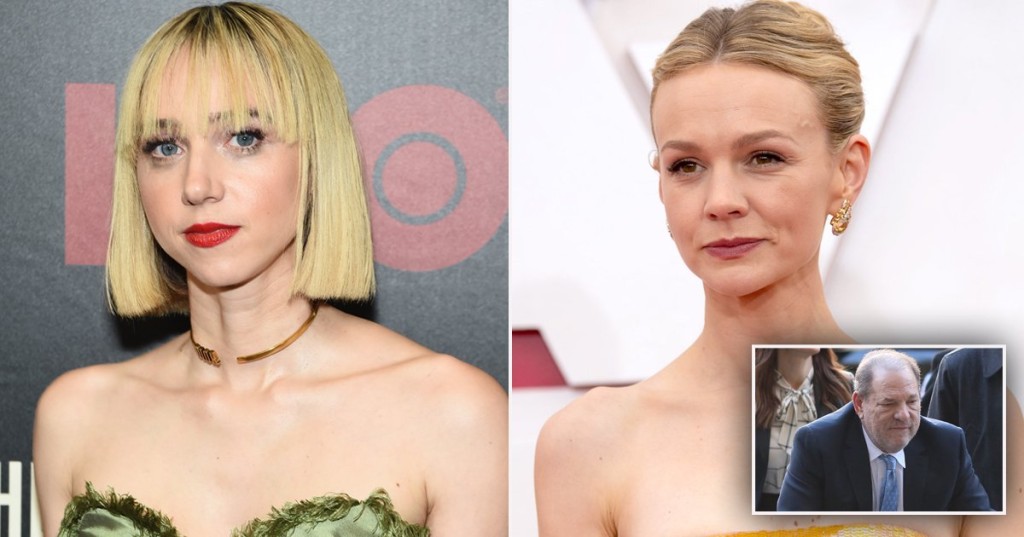 Carey Mulligan and Zoe Kazan are set to star in a film about the Harvey Weinstein scandal, portraying the two journalists that broke the story, ushering in a seismic shift in Hollywood led by the Me Too movement.

New York Times reporters Megan Twohey and Jodi Kantor wrote the October 2017 piece that led to the Miramax Films and The Weinstein Company founder’s dramatic fall from grace, ending up with the producer behind bars on sex crime convictions with a 23-year sentence.

Universal Pictures is prepping She Said, based on Twohey and Kantor’s New York Times best-selling book about their experience, She Said: Breaking the Sexual Harassment Story That Helped Ignite a Movement, according to Deadline.

The two actors are in negotiations to lead the cast as Twohey and Kantor, with Unorthodox director Maria Schrader lined up to helm the project and Oscar-winning Rebecca Lenkiewicz writing the screenplay.

The focus of the film is said to firmly be on the all-women team of journalists who successfully drove the story to publication, despite intimidation and threats of legal action, and will be ‘told in a procedural manner like Spotlight and All The President’s Men’.

Although this will be their first on-screen appearance together, Mulligan and Kazan first worked together on a 2008 Broadway production of The Seagull, before Mulligan starred in Wildlife, a film which Kazan co-wrote and produced.

Mulligan received praise for her role earlier this year in Promising Young Woman, as well as bagging an Oscar nomination, while Kazan has recently been seen in HBO series The Plot Against America and Oscar-nominated The Big Sick.

Director Schrader earned an Emmy for her work on Unorthodox, while Lenkiewicz co-wrote the Polish-language film Ida, which won the 2014 Oscar for best foreign film.

The rights were optioned to She Said by Annapurna Pictures and Brad Pitt’s Plan B Entertainment back in 2018, and Universal has placed its vice president of production, Lexi Barta, in charge of overseeing the project.