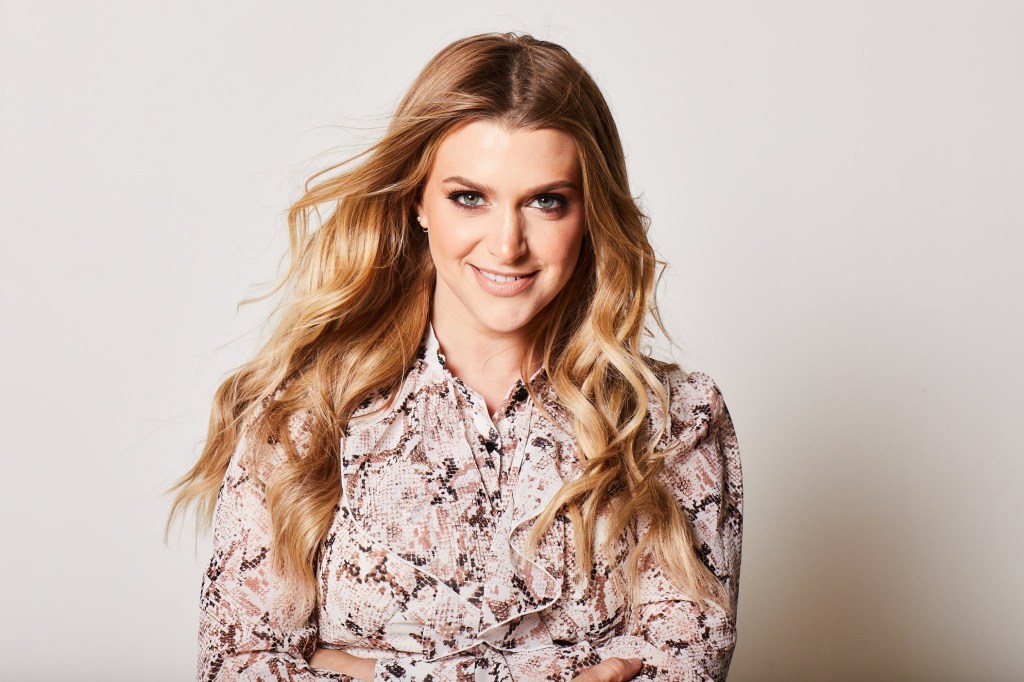 For this week’s On The Road, we chat with podcaster and presenter Anna Williamson.

From touring as a teen popstar to being mistaken for a terrorist while filming a kids’ show, she’s had some pretty unique experiences as a part of her career.

She shares some of her best (and worst) moments from on-the-road, including a romantic break in a tropical paradise, discovering Edinburgh’s ‘hidden treasures’ and a very ‘gristly’ meal in China.

What is your favourite on-the-road moment?

When I was 16, I was in a girl band called Blush. We worked hard but it was such a fun time. We practically lived in our tour bus, travelling up and down the country performing in schools and student unions, day and night.

It was exhausting but we were young, so we had endless energy, plus we were living the absolute dream – what 16-year-old girl doesn’t want to be a pop star on tour?

And your favourite city?

Edinburgh is historic, beautiful and character-filled. I love a city with great architecture and interesting history and I spent time there as a child really getting to know the hidden treasures.

I have fond memories of traipsing around Edinburgh Castle with my brothers and parents, no doubt thoroughly misbehaving.

I also remember being scared out of my wits at The Edinburgh Dungeon, which is an underground journey through the city’s darkest history (admission from £15.95).

Mary King’s Close is an underground village that was only discovered a few decades ago and is also a really great tour to do (admission from £12.45).

Ever pinched anything from a hotel room?

I’m a good girl and other than the free smellies I’ve never taken anything I shouldn’t. Actually, that’s not strictly true – sometimes I pinch the Nespresso capsules.

What is the best souvenir you’ve come home with?

I have a really cool, hand-painted banana leaf from Brazil. It was painted for me by a local in a remote village and it’s truly one of a kind.

I went when I was 19 with my boyfriend at the time. It was such an incredible trip and as we were travelling with a native Brazilian, we really got to experience it properly.

We stayed in a tiny coastal village in Bahia state where there was a lot of roaming wildlife.

What has been your most life-changing experience while travelling?

Seeing the poverty in the favelas in Rio de Janeiro broke my heart. Also in The Gambia, where the children would be obsessed just by wanting my empty water bottle.

And the worst meal you’ve had abroad?

A pig and lung soup served with snake penis wine in rural China. It was not a fun meal, more like a bush-tucker trial – very gristly.

I didn’t want to offend anyone so I did my best and ate as much as I could. I didn’t ask for seconds.

The Oberoi Beach Resort in Bali where my husband, Alex, and I honeymooned.

Everything in Bali is like a postcard come to life but this was full-on paradise – candlelit dinners, picturesque views and staff who could not do enough for us. It was magical (rooms from £223,).

Have you ever come close to being arrested?

Funnily enough, yes, but it was a huge and slightly amusing cock-up. Several years ago, I was filming a segment for a kids’ TV show near the London Eye, dressed in utility belts with hair dryers strapped to them.

The anti-terrorism police popped by to check us out and we were cautioned under the counter-terrorism act.

Where are you hoping to go next?

To see my in-laws in Sicily. They still haven’t met our daughter, Eleanora, due to the pandemic.

New episodes of Breaking Mum & Dad: The Podcast are available now from Apple, Spotify and all good streaming platforms

MORE : On the road with: Presenter Jenny Powell reveals her fave travel spots from Cape Town to Hippo Corner

MORE : Woman who became ‘allergic’ to her high-stress job quits to travel the world

MORE : The London food spots you need to visit, according to TikTok