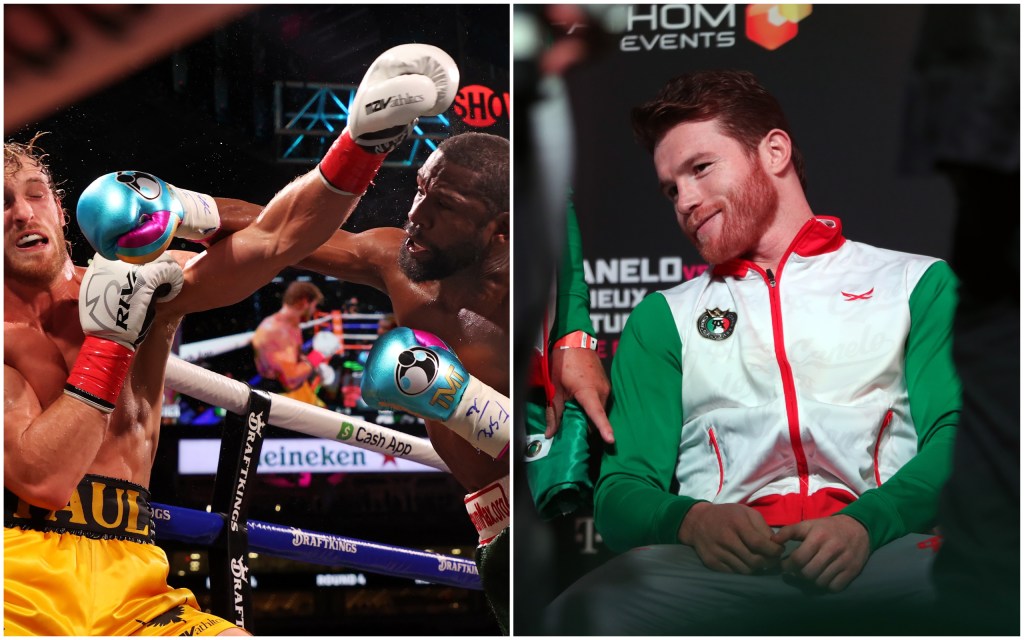 The special exhibition match between the five-weight world champion and the YouTube sensation went the full eight rounds on Sunday night in Miami.

With no judges ringside, the only way to win the contest was via knockout or referee’s decision with Paul absorbing plenty of damage to hang on until the final bell.

Whether it was the quality of the contest or Mayweather’s inability to put away a man with just one other professional fight on his record, Canelo’s response was a simple facepalm emoji – echoing the sentiments of many boxing purists unimpressed with the spectacle.

Last month, the reigning WBO, WBC and WBA super-middleweight champion branded the contest as ‘stupid’ and ‘not relevant’ to the sport.

‘It’s about making money is all. It’s really not relevant at all. It’s an exhibition, just for making money. As you say, it’s stupid.’