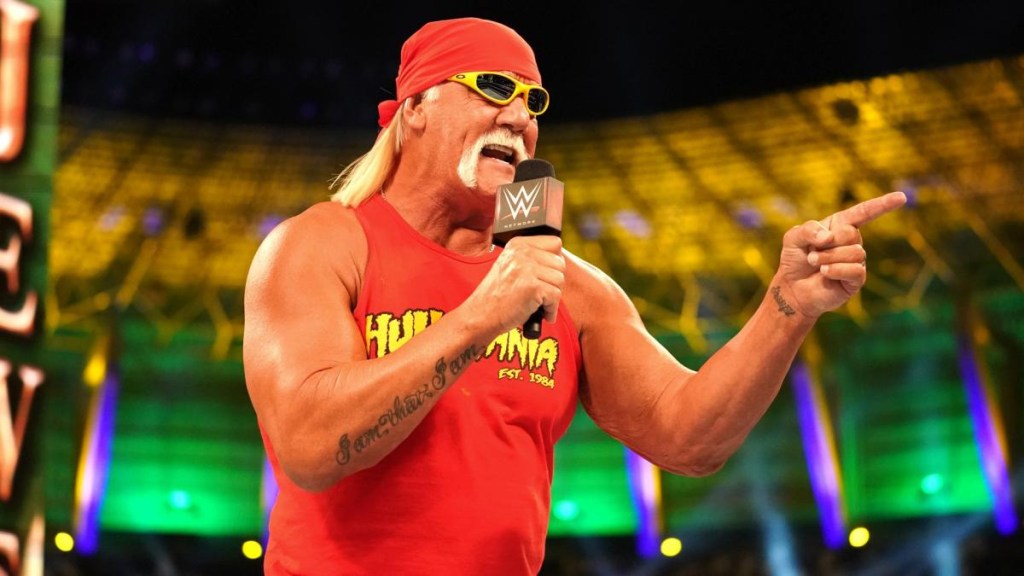 Hulk Hogan has asked God for ‘one more day’ as he shared a photo of a sunset on Twitter.

The WWE Hall of Famer tweeted a picture of a sunset over the ocean with a palm tree hanging over, and he seemed to be in a reflective mood on Friday night.

This isn’t actually the first time Hogan – whose real name is Terry Bollea – has shared the sentiment, as he made a similar post back in October last year.

Again alongside a stunning sunset snap, he tweeted: ‘Thank you God, could I please have one more day! One love thank you Jesus. HH (sic)’

The post was Hogan’s first since a pretty cryptic tweet a few weeks earlier, when he simply asked: ‘Sleep?’

Meanwhile, the Hulkster recently weighed in on Chris Hemsworth’s figure as he finished filming Thor: Love and Thunder, and perhaps looks to the future on Hogan’s biopic.

Reposting Chris’ admittedly hulked-out black and white shot, Hulk excitedly declared: ‘My brother has that Hogan Pump on Jack, looks like he could slam Andre brother’, referring to another icon of wrestling, the late Andre the Giant.

And this isn’t the first time Hulk has commented on the Thor actor’s pumped-up physique, having posted a side-by-side bicep comparison shot of the two of them back in November.

He exclaimed: ‘He’s already there! He’s ready BROTHER!!! But is he good looking enough to play me lol,lol,lol.’

Hemsworth definitely needs to be in tip-top shape to play the former world champion, as Hogan himself is still in incredible shape.

Actor Drake Bell charged with ‘attempted endangerment of a child’

The star – who turns 68 in August – showed off his huge figure last weekend as he flaunted his massive arms and admitted he’s been pushing himself with some intense workouts lately.

Posing in the mirror for a sweaty selfie in a yellow tank top, Hogan flashed the gun show with his trademark handlebar moustache peeking into view.

He captioned the photo: ‘At almost 68yrs young and 297lbs arm workouts are starting to get crazy again brother HH (sic)’