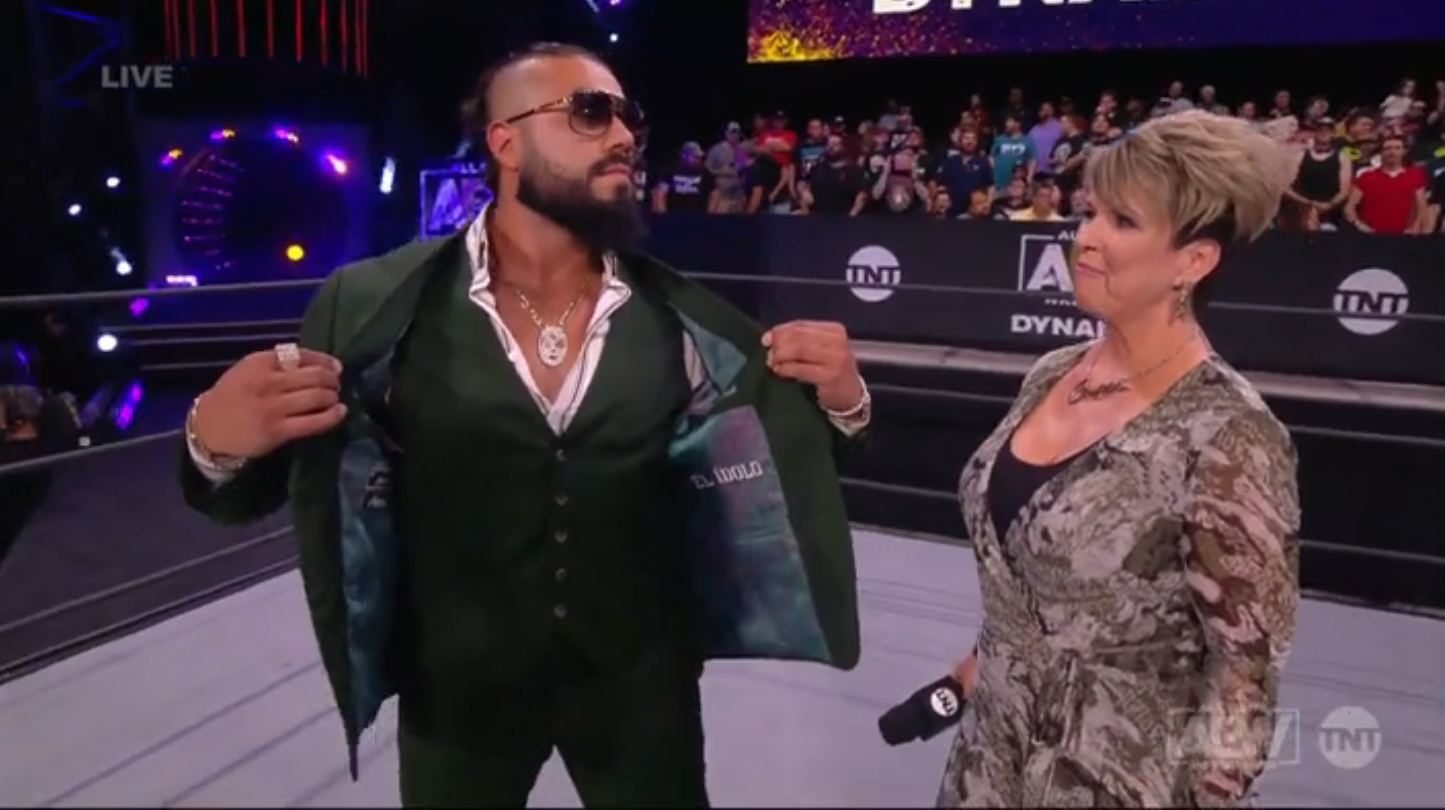 AEW Dynamite delivered a huge shock during Friday night’s show as the former United States and NXT Champion made his debut and stepped out at Daily’s Place to the delight of the live crowd.

The exciting moment came as Tony Schiavone was interviewing Mark Henry – whose own signing was announced during Double Or Nothing – only for Vickie Guerrero to appear to introduce the company’s latest big name.

Cue Andrade, who kept things short and sweet as he said: ‘Today, I am saying I will be the new face of All Elite Wrestling.’

It’s unclear if Guerrero will be by his side on-screen, but the wrestler’s partnership with Zelina Vega in WWE showed he can certainly benefit from a manager even with his natural charisma.

His fiancée Charlotte Flair reacted to his debut – albeit indirectly – as she shared a lot of crying and heart emojis.

Back in March, WWE granted the 31-year-old star his release more than five months after he was last used on TV.

In a statement after that month’s Fastlane show, WWE said: ‘WWE has come to terms on the release of Andrade. We wish him all the best in all of his future endeavours.’

Not long before the news was confirmed, the wrestler himself tweeted: ‘Good news!!!! #Happy (Sic)’

It came after he recently responded publicly on Twitter and confirmed the reports he had asked to leave, but at the time he didn’t know ‘what the future holds’.

He wrote: ‘The rumors are true and I don’t know what the future holds but I want to make my dreams come true. thank you for giving me so much support these last days (sic)’

Early in the pandemic, Andrade – who was suspended for a first wellness policy violation in January 2020 – was featured heavily alongside his manager Zelina Vega and Garza, and enjoyed a US Title feud with Apollo Crews.

Back in 2018, he and Johnny Gargano won the NXT Year-End Award for Match of the Year for their epic NXT Championship clash at NXT TakeOver: Philadelphia.