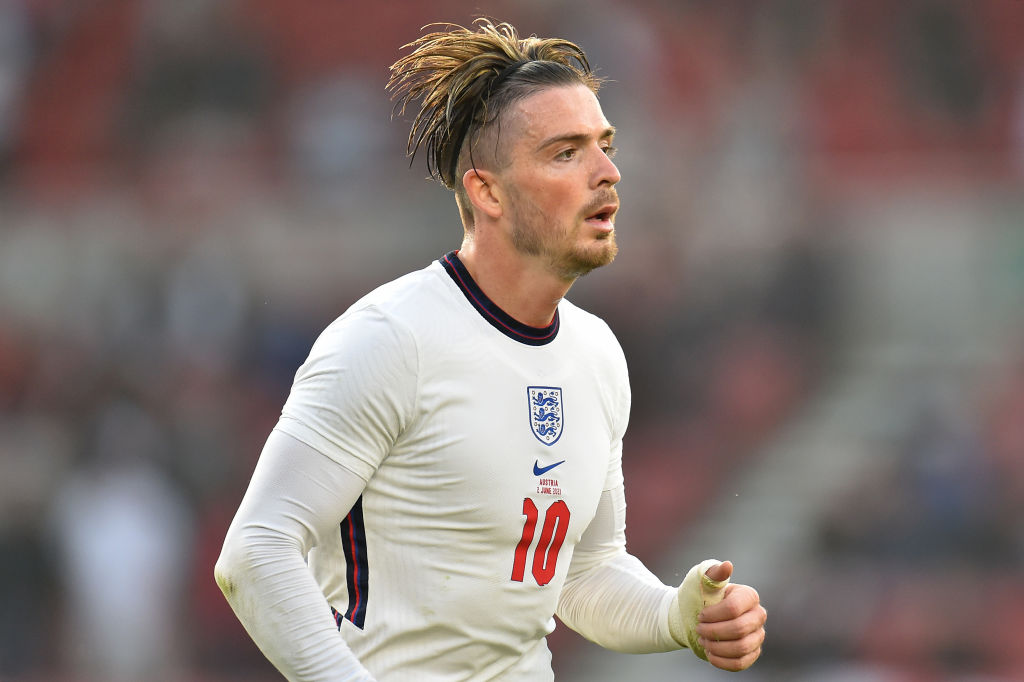 Jack Grealish is happy to play wherever he can get into the England team but would love to take up the No 10 role this summer as he eyes a dream link-up with Harry Kane.

The Aston Villa captain was in impressive form in England’s 1-0 win over Austria in a pre-tournament friendly on Wednesday night and is pushing for a place in the starting XI when the Three Lions begin their campaign against Croatia on 13 June.

There is a lot of competition for places in the front three and behind Kane, but Grealish’s form for club and country this season puts him very much in the running for a starting berth.

The 25-year-old may well be deployed on the side of a front three, but would love to be behind Kane, especially as he feels he has developed a strong relationship with the England captain.

‘I love that No 10 role,’ Grealish told the Guardian. ‘I’ll play anywhere, off the left or right, but that No 10 … I don’t think there is anyone better in the world to play with in front of you than Harry Kane.

‘I feel we have a good connection in training and in games. I just go out there to try to perform and try to create that one piece of magic.’

A standout part of Grealish’s performance against Austria was how regularly he was scythed down, although it is not that surprising given that he is the most fouled player in the Premier League over the last two seasons.

He is happy to be the one taking the knocks, as long as it helps his side, and says it is an ability encouraged by his former Villa boss Martin O’Neill, who was in charge of the club when Grealish was a boy.

‘Of course I take the kicks as a compliment – not so much for Villa because we haven’t got that many good free-kick takers,’ Grealish joked.

‘But we’re blessed with them for England. The standard here when we do free-kicks after training is just unbelievable. So as long as I can keep getting as many fouls in and around the box …

‘Martin O’Neill said to me when I was younger: “You never, ever want to get kicked in your own half because there’s no point, you can’t do anything there. Try and get kicked around the edge of the box or in the box as much as possible.” I was a bit young back then and I thought: “Ah, okay.” But now, obviously, I understand why.

‘I’ll take the kicks to help my team, definitely.’

England take on Romania in their final pre-tournament friendly on Sunday at 5pm.