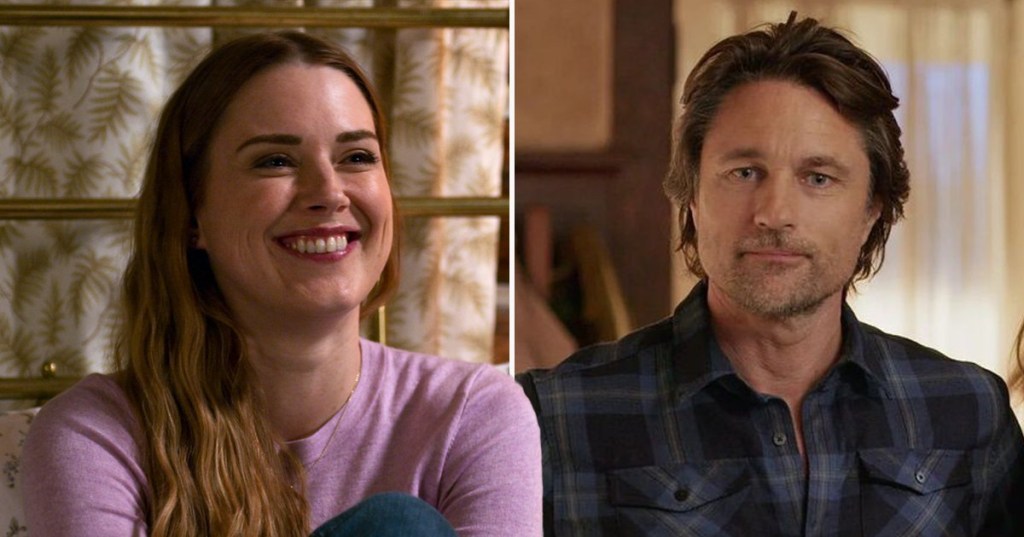 We hope you’re ready, as Netflix has finally confirmed the release date of Virgin River season 3.

The romantic drama, which is based on the popular book series by Robyn Carr, focuses on Melinda Monroe (Alexandra Breckenridge), a nurse practitioner and midwife who moves from Los Angeles to the remote California town of Virgin River following the death of her husband and unborn baby.

She later discovers that living in a smaller town is not all that it’s cracked up to be, while she also becomes romantically involved with bartender Jack Sheridan (Martin Henderson).

The second season left Jack’s future on the show uncertain, as Mel discovered him lying on the floor of the bar after he suffered a suspected gunshot wound in the finale.

The series has become a hit with Netflix viewers after season two hit the streaming service in November, racing up the trending chart to number three in the UK.

Fans have been eagerly waiting for the next season to hit and they’ll be happy to hear that they don’t have to wait for much longer.

While seasons 1 and 2 were a whole year apart, Netflix was able to begin production on season 3 not long after the previous season ended.

This means the new series will premiere on Friday, July 9, on Netflix.

There will also be a few new faces, such as The Flash star Zibby Allen, who will be joining the cast as Jack’s sister Brie.

Degrassi: The Next Generation actress Stacey Farber has also signed on to play Tara Anderson, the daughter of recurring character Lilly (Lynda Boyd).

What is the plot of Virgin River season 3?

According to Deadline, the series will include a divorce, a funeral, a fire, a hurricane and a new romance all within the 10 new episodes.

At the end of last year Virgin River boss Sue Tenney gave some insight into the storyline.

Everything leaving Netflix in June 2021 – from films to TV shows

What’s it like to fall into a black hole? Terrifying truths explained in new Netflix film

Money Heist: The Experience launches ahead of highly-anticipated season 5

‘He’s going to rise to the challenge, but it is a real complication for him, especially for him practising medicine going forward.

‘Will he be able to continue to do that? The clinic and town are his life, so we will seriously explore that.’

Virgin River series 1 and 2 is available to stream on Netflix now.


MORE : The Repair Shop guest in tears as bench where her parents met is restored with sweet gesture