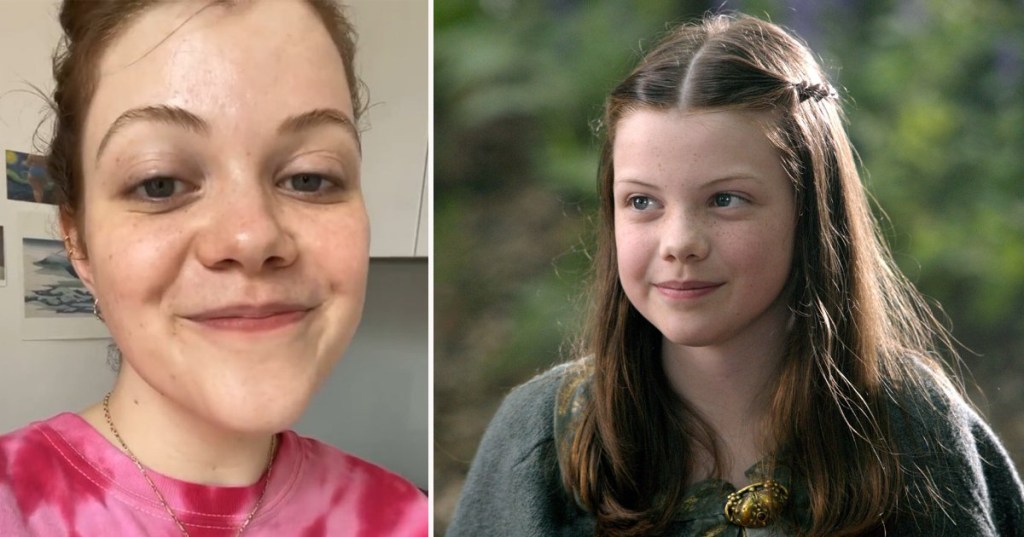 Narnia star Georgie Henley shut down a homophobic troll with ease as she celebrated Pride Month and it’s just everything.

The Lucy Pevensie actress received a bizarre response from a troll who took aim at the LGBT community, and she wasn’t having any of it.

After a rant about homosexuality, the troll went on to say: ‘I can not believe the Narnia actress has stooped so low [sic].’

Adding her own caption to the message, Georgie hit back: ‘And I’ll stoop lower,’ dropping in a couple of angel emojis for good measure.

Topping off her response, the 25-year-old posted a photo of herself jamming to Flo Rida’s Low.

Fans are obsessed with her response, with one writing: ‘Queen ily,’ and another quipping: ‘Embarrassing display for such a big narnia fan given that aslan threw the first brick at stonewall.’

One more wrote: ‘The fact that it is 2021 and people still have this mindset…Georgie, thank you for being authentically you!’

Georgie rose to fame after her role in the Narnia franchise, playing the youngest Pevensie sibling, Lucy.

She starred alongside William Moseley (Peter), Skandar Keynes (Edmund), Anna Popplewell (Susan) and Tilda Swinton (Jadis the White Witch) in the films based on the fantasy books by CS Lewis, starting with The Lion, The Witch, and The Wardrobe.

44 arrested, outed for being gay and accused of spreading disease at Ugandan wedding

As a bisexual, I face prejudice from within the lesbian community and it hurts

Since her breakout role, Georgie has written her own film and most recently taken to the theatre, starring in Philip Ridley’s Tarantula.

Basically, she was an icon then and now.