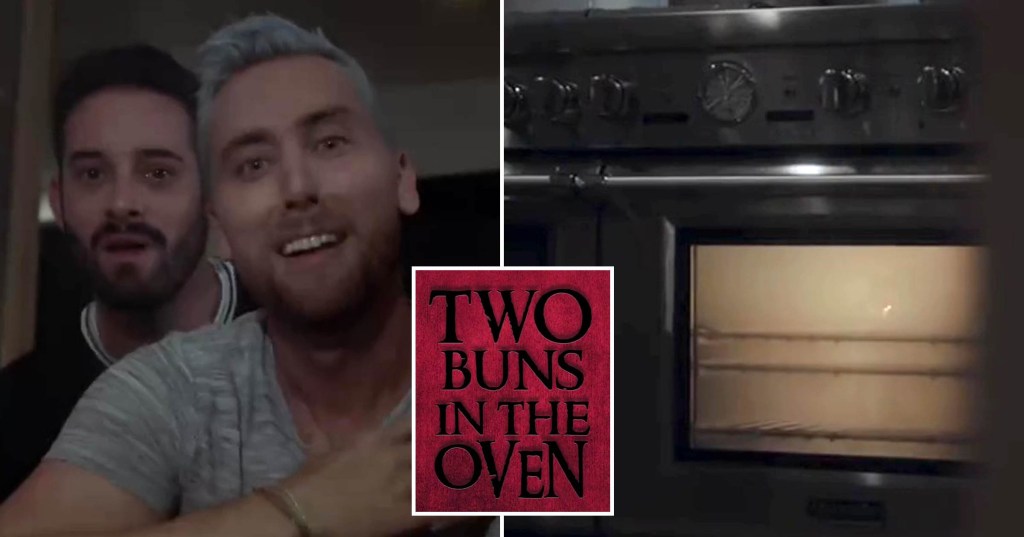 Lance Bass and his husband Michael Turchin have announced they are expecting twins via a surrogate after years of trying.

The NSYNC star, 42, and his husband, 34, announced the sweet news on TikTok in a mock horror video.

Reacting to the sound of children’s voices, the pair say in terror: ‘There’s something in this house.’

Going to investigate, the couple see the shadowy figures of two children.

‘Coming this Halloween,’ the video teases, before adding: ‘Two buns in the oven.’

Lance and Michael, who tied the knot in 2014, also revealed that they are expecting a boy and a girl and have opened up about the difficult journey that they’ve had to become parents.

Last year, the couple’s surrogate miscarried. It had been their ninth attempt at IVF.

‘Because of what we’ve been through the last four years, we were very cautious to get excited,’ Lance explained to People. ‘And it kind of sucks because when you find out you’re pregnant, you want to celebrate with your family.

‘You start planning their future in your head already, but we were so scared because we didn’t want to go through the pain again of losing them. We told our friends and family about the ninth week, when we finally felt comfortable. You think you’re going to jinx it or something.’

The singer added of their struggles with IVF: ‘I feel like that is such a common thing. And it’s great that we’re able to talk about this because a lot of times I would believe that couples feel very alone in that situation. But to know that other people are going through the same exact thing, it’s really comforting.’

Lance, who made up NSYNC alongside co-stars Justin Timberlake, JC Chasez, Chris Kirkpatrick, Joey Fatone, had already proven himself as the best uncle.

Lance didn’t divulge many more details and when pressed over the baby’s name, he made sure not to tell.

‘That’s a good question,’ he joked, adding: ‘Justin would kill me!’

We’re sure he’ll be an amazing dad!