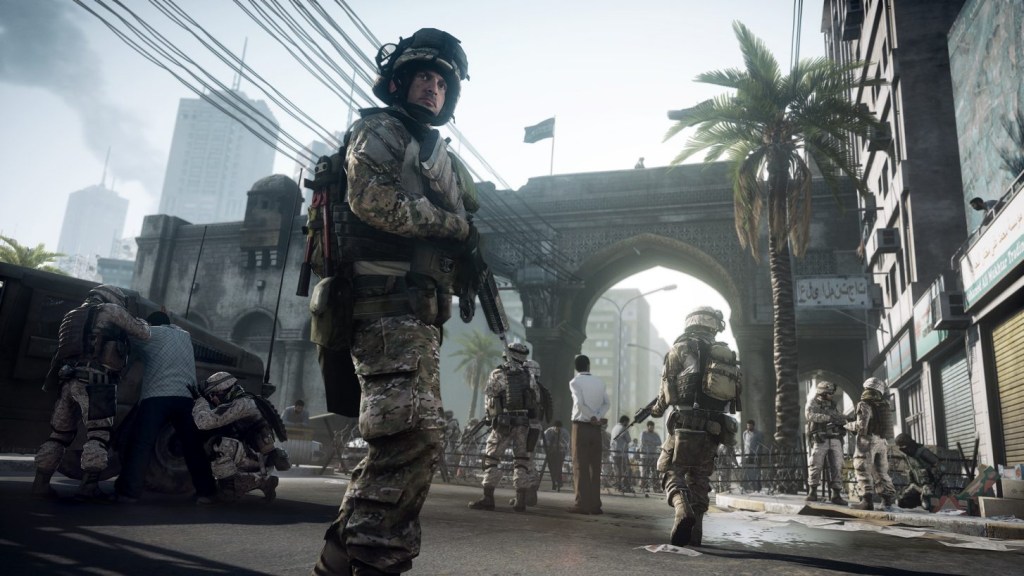 The Wednesday Inbox is confused as to how the PS5 is outselling the Xbox Series X, as one reader praises Ghost Of Tsushima’s load times.

Leaks ruin everything
Looking forward to seeing what Battlefield 6 is all about this Thursday. Despite all the leaks I don’t feel we really know that much about the game. I feel the modern day/near future setting was always a given and probably the 100+ battles too. What we don’t know is anything about the story, or if it even has a campaign at launch, or any of the modes.

I’m sure EA will be looking to add some new modes that take advantage of the new graphics and other tech but will it get more destruction than usual or just the same, mostly trivially, amounts of the last few games? Will it still be trying to copy Call Of Duty or will this be an attempt to get back to the more clinical Battlefield style of the original Battlefield games, and less reliant on close quarters combat?

We really don’t know and I find that exciting. Leaks are starting to ruin the idea of game reveals and I know it’s nobody faults but the leaker themselves but it does take the fun out of it. I’m curious to see what EA are going to show though and, if nothing else, expect to be impressed by the graphics.
Gauntlet

Manufactured problem
I don’t think I understand the situation with the sales of the PlayStation 5 and Xbox Series X. If they’re both always sold out then that presumably means Sony are manufacturing twice as many as Microsoft, but why? I see no obvious reason why Sony would have such a major advantage? Xbox Series X may be a little easier to get but it’s not like it’s constantly stuck on shop shelves (I imagine, not that I’ve been in a shop that would sell them in forever).

I suppose some of Microsoft’s manufacturing capacity must be used up on the Xbox Series S but surely not half of it? I know the conversation is always about when the PlayStation 5 is available or when new stock comes in but I still don’t see anything to suggest that people aren’t almost as keen for the Xbox Series X.

Can you shed any light on this GC? It seems very weird to me that the PlayStation 5 can get so far ahead when both consoles are basically sold out. What does that mean is going to happen when they’re easy to get hold of? Either Microsoft is the lowest priority possible for manufacturers or it has some rare component that’s hard to get hold of? Except I would’ve thought that was more likely to be PlayStation 5’s SSD? So odd.
Gunther

GC: Unless Microsoft explains the situation there’s no way to know for sure. We agree it seems odd that Sony would be able to manufacture so many more but they’re unlikely to explain their secrets either.

There’s an app for that
I don’t really know why anyone is finding it so hard to get a PlayStation 5. Fair enough, it might have been hard start of the year, but so far I’ve got one for myself from Smyths and then one for someone else from GAME. And it’s all thanks to an app called Hotstock.

It checks when in it’s in stock and sends you a notification. You don’t even need to pay any subscription for this. You can if you what though.

And having waited months for a PlayStation 5 I can tell you all, they aren’t that much different in graphics from a PS4 Pro. Granted the loading time is quicker and the new controller is good but so far it’s not worth £450. But I’m sure in future it will up its game (I hope).
SJH1973

Errant quest
On Tuesday Virtua Fighter 5 was released on PS Plus. I missed that series, so I downloaded it and put it on. But I have one big question: where’s the rest of it?

Like pretty much all one vs. one fighting games of PlayStation 4 generation it has been gutted to sell DLC. There’s no quest mode. Which means no real offline mode to sink your teeth into, arcade mode doesn’t count. It also means there’s no unlocking costumes or accessories. Nah, that’s DLC.

So I deleted it. I know it’s normal for PS Plus games to be played once then wiped off hard drives. But Virtua Fighter was one game I never would have thought I’d delete.
Handsome Dan Wolfshead

GC: But quest mode isn’t part of the DLC (of which there’s only one and it’s actually quite good value)?

Quick return
Bought Ghost Of Tsushima for £25 on Friday and been playing it all weekend. My favourite thing about the game? The loading times! I like sticking things on the hardest difficulty but if I have to sit there for 30+ seconds every time I die I’m going to get bored and stop playing the game, like I did with Star Wars Jedi: Fallen Order.

Happy to say I can die or fast travel in less than 10 seconds.

Evil inequality
I’m sure this isn’t a particularly new observation, but I get very confused when people who love the narrative of the first The Last Of Us complain bitterly about being forced to carry out actions they don’t empathise with in the second.

[detailed description of the ending of The Last Of Us redacted – GC] It’s not Joel’s choice and it’s not the choice Ellie would have made. His swearing to his version of events shows that he knows that.

You have no choice in this course of action. Arguably there are a whole lot of options that make a lot more sense here – but the lack of agency will make it a more impactful story for some. Personally, I found it frustrating.

Sure, it makes sense to Joel but then you could rationalise away most actions like that however abhorrent, they are. Why does Joel get a free pass, when Abby and Ellie don’t?
Matt (he_who_runs_away – PSN ID)

Things change
I’m a bit confused at a lot of people’s reaction to Nintendo potentially releasing a Switch Pro ‘because Nintendo consoles are always underpowered’.

GC: The GameCube was 20 years ago.

Better than Kirby
I really think there is a good chance that Zelda: Breath Of The Wild 2 will be at the Nintendo Direct during E3. Maybe it’ll just be in passing but I think Nintendo were planning to have it out before now, if it weren’t for the pandemic, which means it must surely be time to show it off to some degree. Or at least explain what the premise is because we really don’t know anything.

I hope the rumours about playable Zelda are true, although I think they were ‘fans hope something is true’ type rumours rather than a leak or anything, as I don’t believe there have been any of those. I don’t want to be shallow but one of the things I hope for is better graphics and I also think there’s a good chance this will be one of the showcase games for the Switch Pro.

That could mean not only better looking games but more complex physics, destruction effects, artificial intelligence, and more. Things like the motorbike from the DLC could work better and maybe we’d see use of the Divine Beasts similar to Hyrule Warriors.

Considering the first game was made for the Wii U the thought of what Nintendo could do with almost modern tech is very exciting to me. Now watch none of this happen and instead we get three new Kirby games…
Housin

Inbox also-rans
Tell Me Why is free on Xbox and PC on Microsoft Store and Steam currently, all three episodes are free.
Andrew J.
Currently playing: Puppeteer (PS3) and We Were Here Together (Xbox One X)

Typical penny-pinching from EA over the Need For Speed servers, disgusting. I always forget they don’t use Microsoft’s servers on Xbox. Maybe if they did they wouldn’t have to worry about saving money like this all the time?
Wrangler

It’s the start of E3 next weekend, so for this week’s Hot Topic we ask the obvious question: what do you hope and expect to be announced?

Hope and expectation are likely two very different things, this year in particular, but what do you think is likely to revealed, or shown in detail for the first time, at E3? What are you most excited about seeing and why?

What big announcements would you predict in terms of new hardware, company team-ups, or new services or price drops?