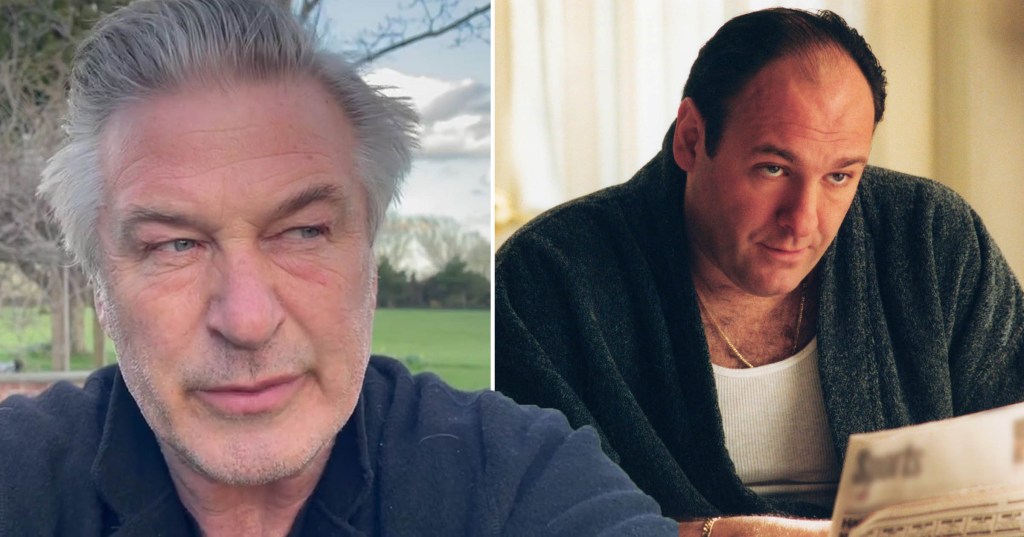 Hollywood star Alec Baldwin has revealed that he asked someone from The Sopranos to let him be the one to kill Tony Soprano (played by James Gandolfini) in the hit show.

The series finale has kept fans speculating for 14 years, thanks to the ambiguity over what happened to Tony.

Hailed as one of the greatest TV endings of all time, The Sopranos ended with Tony eating with his family at Holsten’s diner in the wake of a turf war between the New Jersey and New York Mafia families.

The abrupt cut to black during Journey’s Don’t Stop Believin’ has become the subject of debate as to its meaning and apparent implications.

Alec appeared on the Talking Sopranos podcast with series stars Michael Imperioli (Christopher Moltisanti) and Steve Schirripa (Bobby Baccalieri), where he revealed his insane request and how it was swiftly turned down.

‘I called up whoever it was, I forget, and I said tell them, when it’s time to kill Jimmy [Gandolfini]… tell them — this was early, before you get to the end — there’s only one man in this business who should come in, whack Jimmy, and ride off with Edie [Falco], and I am that man. I am the guy who needs to blow Jimmy away and take Edie, who I’m madly in love with, away,’ he said, according to ScreenRant.

‘And they were like, “Sure, great, we’ll add your name to the list of all the Irish actors who think that they should be on The Sopranos”.’

For those still wondering what happened to Tony during that dinner, in a resurfaced interview for the 2019 book The Sopranos Session, series creator David Chase seemed to confirm that he was indeed killed.

According to USA Today, David was speaking to co-author Alan Sepinwall, who said: ‘When you said there was an endpoint, you don’t mean Tony at Holsten’s, you just meant, “I think I have two more years’ worth of stories left in me”.’

David said: ‘Yes, I think I had that death scene around two years before the end…

‘Tony was going to get called to a meeting with Johnny Sack in Manhattan, and he was going to go back through the Lincoln Tunnel for this meeting, and it was going to go black there and you never saw him again as he was heading back, the theory being that something bad happens to him at the meeting. But we didn’t do that.’

Co-author Matt Zoller Seitz said: ‘You realise, of course, that you just referred to that as a death scene’, with David saying: ‘F*** you guys’ after a long pause.

The Sopranos is available on Amazon Prime Video in the UK.