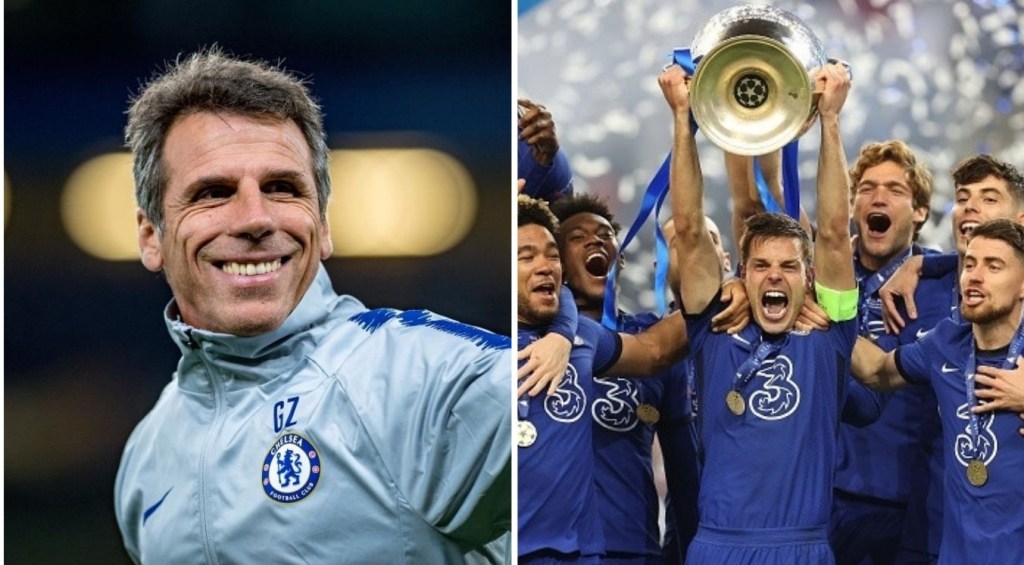 A 1-0 victory over Manchester City in Porto gave Chelsea their second Champions League title win and Zola was ‘delighted’ for his former club.

‘It was amazing. I’m very pleased and delighted for this team, for the club, for the supporters,’ Zola told talkSPORT.

‘They won against arguably the best team around at the moment and they totally deserved it. They played good football, scored a good goal and then controlled the game well. It was a complete performance.’

‘He’s become a complete player,’ Zola said of England international Mount. ‘He can attack, he can score, he can assist and defend.

‘This is necessary in modern football. Before, if you were able to score goals you could do that, but now if you want to be successful you have to work so hard. We saw that the other day.’

It was Havertz’s first-half goal that fired Chelsea to Champions League glory and Zola added: ‘Kai gave us a surprise the other day.

‘Nobody has ever doubted his qualities in terms of technique and intelligence. Maybe we thought he was not finding his right position on the pitch and wasn’t affecting the game as much.

‘He proved people wrong because he performed so well for the team. This position suits him and suits Chelsea very much.’

Silva’s first season at Chelsea ended abruptly after the Brazilian defender hobbled off with an injury in the first half against Man City. 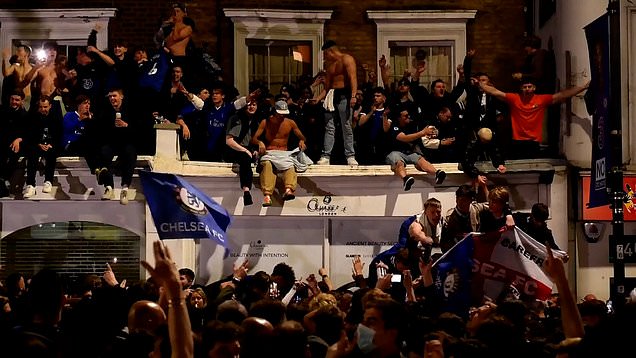 It was a disappointing sight for Chelsea fans but Zola still praised the 36-year-old for his influence over the team this season.

‘I think one of the successes of this Chelsea team has been has been that he has been able to mix talented young players with more good experienced players,’ said Zola, who was Maurizio Sarri’s assistant at Chelsea.

‘I do believe this is a very good mix. You have to have both because they both push each other.

‘Thiago, I don’t know him personally, but I can see the way he behaves on the pitch and the way he plays, he must be very important for the young ones, in terms of being an example and ways to conduct yourself on the pitch.’