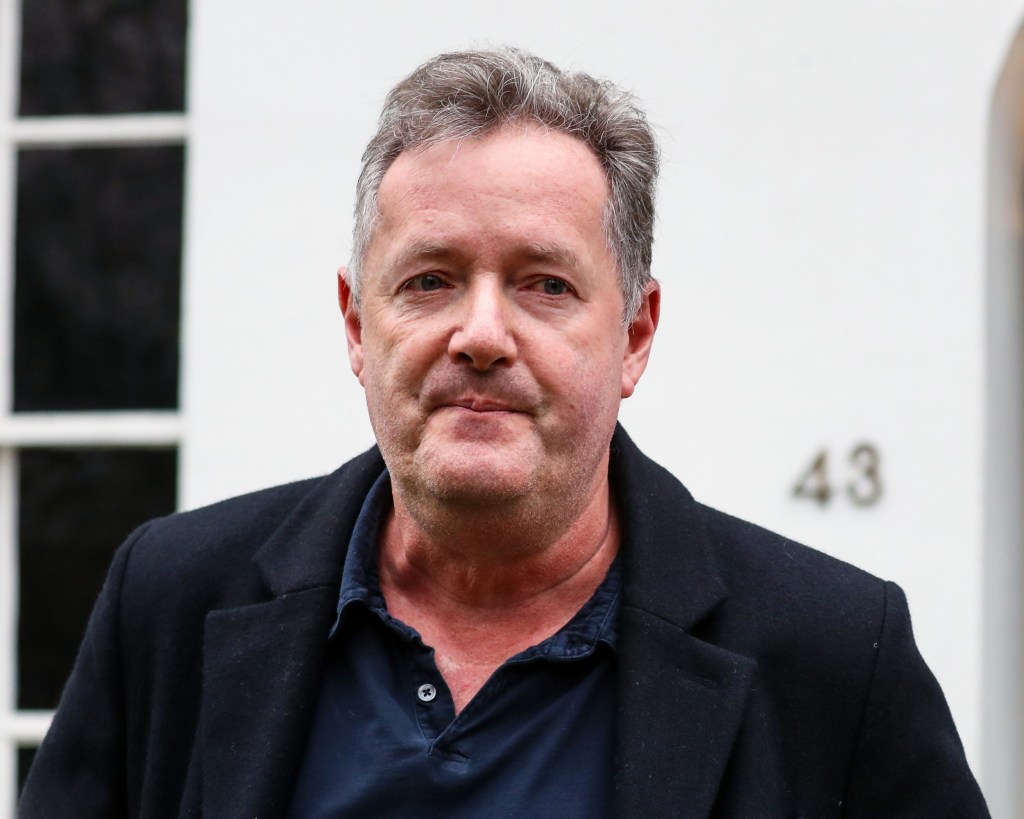 Piers Morgan has been defended by Jackie Weaver after his exit from Good Morning Britain in March.

In March Piers left the programme under a cloud for saying he ‘didn’t believe’ the Duchess of Sussex Meghan Markle’s comments in an interview with Oprah Winfrey on life in the royal family.

Jackie, Chief Officer of the Cheshire Association of Local Councils, went viral at the end of 2020 for how she handled disgruntled councillors during a fraught Zoom meeting of Handforth Parish Council.

Like Piers she knows a thing or two about speaking her mind, and praised the TV presenter as ‘one of life’s characters’.

When asked by Metro.co.uk if she had ever been star struck in her swift rise to national treasure status, Jackie said Piers and Strictly Come Dancing star Anton Du Beke came to mind.

Of Piers she revealed: ‘I know he’s not flavour of the month at the moment, but he’s definitely one of life’s characters. And he was alright with me.

‘I think there is a world of political correctness these days. Unfortunately it is career suicide to criticise something and I think that’s a pity. I sometimes feel that freedom of speech is rather one-sided.

Turning to where he will end up after Good Morning Britain she said: ‘I’m absolutely sure he’ll be fine.’

Despite her viral fame, the 62-year-old said she has no plans to capitalise on it by taking part in reality programmes such as Strictly Come Dancing, ruling it out completely.

She said: ‘My answer for Strictly is always the same. I am a huge fan of Anton Du Beke and because I am a fan, I want him to win, and that can only be with someone who can dance!

When will GB News channel launch and will Piers Morgan be on it?

‘I wanted to have somebody slim and elegant and able to coordinate feet and hands perfectly and then he will be the winner. No, definitely wouldn’t do Strictly.’

Jackie is using her voice for a good cause by supporting Brixton Brewery’s new beer, Generation Pale Ale, which will raise money for elderly charity Age YK Lambeth.

It comes as the charity has seen a 233% increase in demand for its services of the last 12 months.

Jackie hopes the campaign will bring attention to the elderly because ‘as a society we are more likely to focus on young people’.

She shared: ‘It was like during the pandemic for a little while, we had “love a granny”. But you know, everybody was suddenly appreciating older people and the need to protect them.

‘As we begin to come out of lockdown, I don’t think that has stayed with us, I think we’ve gone back to making older people largely invisible again. So I think that anything that raises awareness of the particular challenges that face older people, I think it’s something that I would like to support.’

To purchase Generation Pale Ale in aid of Age UK Lambeth, visit the Brixton Brewery website or head to their taproom in the heart of Brixton.