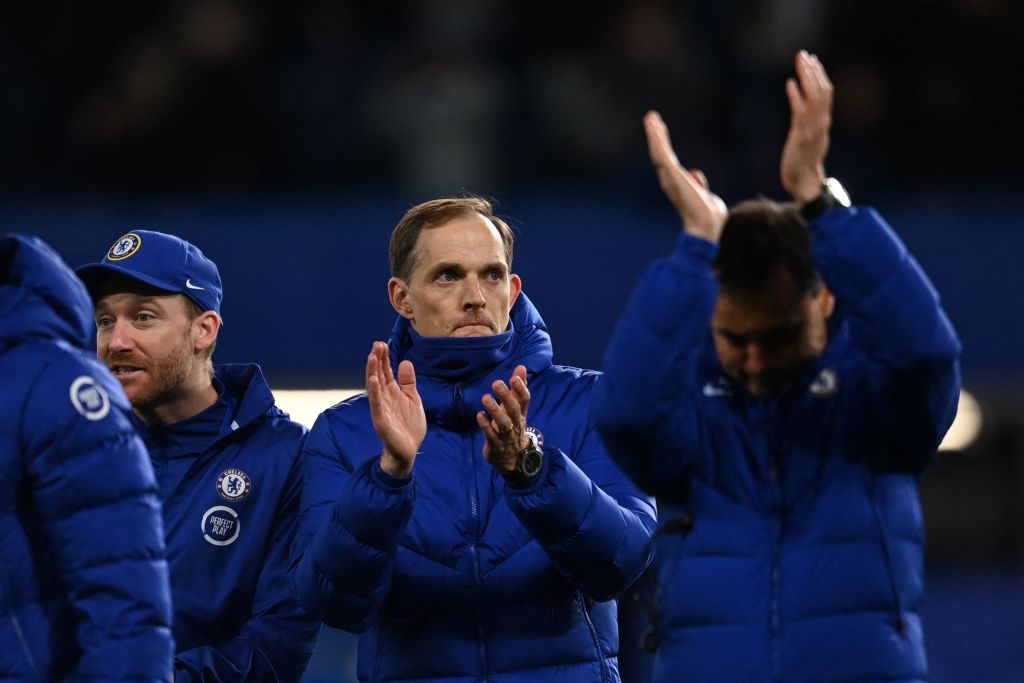 Chelsea boss Thomas Tuchel declined to give extra praise to Timo Werner after the side’s win over Leicester City, telling the forward – and his whole squad – to focus on finishing the job against Aston Villa.

The west Londoners got revenge for their FA Cup final defeat to the Foxes on Saturday by beating them at Stamford Bridge on Tuesday night, leapfrogging them up to third place in the Premier league table.

Chelsea went ahead through Antonio Rudiger and doubled their lead after Werner was brought down inside the box, with Jorginho dispatching the resulting spot-kick.

Although Kelechi Iheanacho grabbed a goal late on, Chelsea held on to claim a massive 2-1 victory.

But Tuchel was in little mood to celebrate afterwards and wants his players to immediately turn their minds towards winning their final game of the Premier League season to guarantee a top-four finish and Champions League football.

Asked about Werner’s performance, Tuchel told Sky Sports: ‘It’s his job to be involved in everything and he needs to be involved on Sunday again. It’s no time now for extra praise.

‘Enjoy, shut up, enjoy your free day and get ready for Sunday. I don’t feel comfortable now celebrating, I just say what’s needed.’

‘Shut up and get ready!’ – Thomas Tuchel sends stark warning to Chelsea star

Echoing that message to the entire squad, he added: ‘It was an outstanding performance but the job is not done. We have two more to go.’

Tuchel also declined to give Rudiger too much praise despite another excellent showing from the centre-back, with the Chelsea boss again stressing the need for the players to immediately forget about their win over Leicester and start getting ready for the trip to Villa.

He explained: ‘For Toni I’m absolutely happy that he scored for us, he was again very good and very reliable, but I feel a bit uncomfortable today to give praise to single players and talk about single players.

‘Because now is really, really [the time] to stay strong as a group and to bring it together as a group. And we absolutely need to refocus on Sunday. It is not the time for celebrations.’

Chelsea’s win puts them one point above Leicester but both the Foxes and Liverpool can still catch the Blues if they win their remaining games and Tuchel’s side fail to beat Villa, while goal difference could even come into play too.