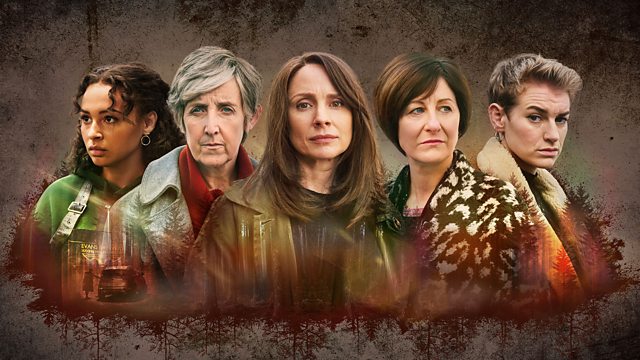 The Pact viewers were convinced the show had aired a continuity error in scenes that aired tonight, however they soon realised that it was part of a huge clue.

The new BBC drama starring Breaking Bad’s Laura Fraser kicked off on Monday, with four employees leaving their young brewery boss Jack (played by Aneurin Barnard) left for dead in the middle of the woods.

Anna (played by Fraser), Nancy (Julie Hesmondhalgh), Louie (Eiry Thomas) and Cat (Heledd Gwynn) dragged an inebriated Jack into freezing cold and unzipped his trousers as they ditched him there.

Sometime later, however, Nancy returned to check on him but soon realised that her manager had died.

Eagle-eyed viewers quickly noticed how Jack’s trousers had been pulled back up as Nancy made the trip back to the woods and rushed to social media to comment concerned an editing blunder had been made.

However, by the end of the episode, the employers were sent a harrowing text message from an unknown blackmailer claiming they knew what happened on the night of Jack’s death, meaning that someone must have also seen Jack that night.

Addressing the scenes at hand, one viewer wrote: ‘So presumably it was the blackmailer who put the boss’s trousers back, then?’

‘I’ve been ranting ‘Who pulled his trousers up?!” for at least 30 minutes now, so I’m glad that’s resolved,’ another added.

It currently remains a mystery as to who else paid a visit to Jack in the woods on the night of his death, but viewers will hopefully get answers when the series returns tomorrow night.

‘Anna struggles to hide her dilemma from Max as the police investigation ramps up,’ teases the synopsis for episode two.

‘Meanwhile, the women must go to extraordinary lengths to protect their dark secret.’

The Pact continues on Tuesday at 9pm on BBC One.