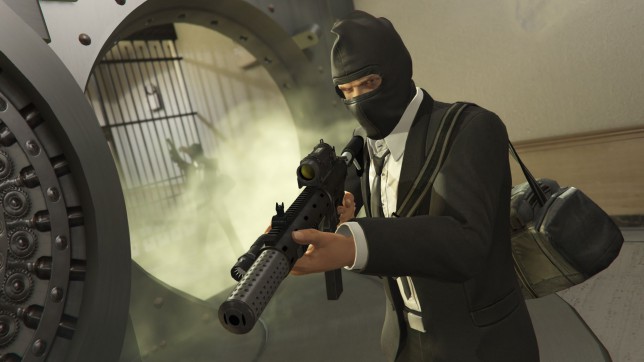 The Tuesday Inbox hears some horror stories of how much people spend on microtransactions, as one reader talks up Mass Effect multiplayer.

You cannot be serious
I think there’s something people are forgetting when it comes to the eternal debate of why GTA 6 hasn’t been announced yet and that’s the fact that a lot of people who worked on GTA 5, and many of the original games, have now left Rockstar. Producer and designer Leslie Benzies leaving is a massive blow, that people don’t realise because he’s not famous (something Rockstar ensures on purpose).

Jeffrey Crawford ‘Lazlow’ Jones, who did a lot of the writing, has gone and so too has co-founder Dan Houser, who did even more of the writing. The original crew just isn’t there any more to make another GTA, so they’ll have to rely on new talent, which could go either way.

Then there’s the question of how do you satirise modern America in a post-Trump world? Even if you tried there’s the fairly serious monetary consideration that a lot of the people playing the game are probably all for him and what he stands for.

Before he left, Dan Houser said Trump’s America was beyond parody and you couldn’t do it, and I think he meant that literally in terms of purposefully not releasing a game during that time. Whether Rockstar thinks things have got a bit easier since then I guess we’ll have to wait and see.

I think one idea may be to play things more straight and not only have no satire, or not much, but make the characters realistic and have it be a real drama. I really think GTA 5 took things as far as they could go in the old direction, so maybe it’s time to try something new?
Deltoid

Developer victory
Anyone that thought Microsoft bought Bethesda just so they could see Starfield sell more on the PlayStation 5 has been taking more crazy pills than is healthy. I know, for some reason, that’s sort of what they pretended they were going to do at first but now the pretence is gone and even by their own admission it’s blatantly an exclusive.

Not coming out this year is a bit of surprise though, but perhaps a good thing as it means that the rumoured argument between Bethesda and Microsoft, over when it should be released, has been won by Bethesda, which is encouraging for the future.

So what does that mean for Christmas, is what I’m wondering. Halo Infinite obviously, but there’s nothing else that seems guaranteed. Another reader said something similar when he said that Sony’s only guaranteed(-ish) game was Horizon Forbidden West, which means the real battle could be between games we’ve never heard of yet. Which I find exciting.

Of course, it could mean that those are the only two games, which wouldn’t be exciting. But I am going to try and stay more optimistic than that.
Kraften

The wrong leak
I often wonder why publishers are so desperate to keep video game footage secret when what it shows is… exactly what you would’ve expected. I can understand in the old days companies like Nintendo were worried others would copy them before they had a chance to get their game out, which was totally a valid concern. But The Division already exists and the fact that it’s free-to-play is the unique bit, not the fact that it’s set in a different town.

I know I’m being naïve here and probably Ubisoft are going to sue whoever leaked it to hell, especially as they know EXACTLY WHO DID IT because their number is all over the screen, but it’s just such an unexciting leak. Why does no one ever leak the new God Of War or Elden Ring. You know, something where you don’t actually know what it’ll be? (Yes, I know Elden Ring leaked but it was literally three seconds long.)
Maestro

GC: The Last Of Us Part 2 suffered a very substantial leak before launch, it can happen with any game or company.

You know his name
It struck me the other day that we haven’t heard anything on Super Smash Bros. in a while and I wondered if Nintendo does have new games and IP on the way if they might end up announcing it through Smash or at least having that same character in it as DLC, maybe even free DLC?

In typical Nintendo fashion I don’t think they really make the most of the potential of the game in terms of hyping up new games but I think it could work really well. Almost every Nintendo owners plays Smash so anything that’s new in that, especially if it’s free, would catch everyone’s attention. If this is what happens at E3 then just call me Nostradamus.
Pete

Birdo, who I have used since 2001 on GameCube and 3DS has been omitted for some random dude called Charging Chuck. Yes, he was in Super Mario World but there were many of ‘em and they have never played golf before. I am genuinely not happy.

Camelot or Nintendo are obviously not comfortable using Birdo in the current age. Read the NES booklet for Super Mario Bros. 2 to realise why.
Birdo

GC: How do you know Chuck hasn’t played golf before? Maybe he was left out before because he was too good.

Expensive hobby
I 99% agree with Saturday’s weekend feature. I’ll never forget Call Of Duty: WW2 a bloke was at HQ opening box after box after box. I counted 89 he opened before I got kicked for not moving. I sent him a message and I asked him if they were in-game purchases. His reply was, ‘Yes, I bought the £85 COD Points bundle’. I asked him, ‘What’s the point? In less than 12 months’ time there will be a new Call Of Duty out’ and his reply was, ‘I only play COD so I’ll spend my money on that’. He even said he spends £85 a week on COD. I really don’t get it.

I remember when the Taken armour came out in Destiny, cost me £40. I will be honest, I loved it for three months till the new DLC came out and the Taken armour was last week’s must-have. Since that day I’ve never bought anything in-game again.

The 1% I didn’t agree with is Game Pass, I really don’t think it’s worth it. They’re charging you for games that came out not just last gen but Xbox 360 gen. I know there is a few new ones coming, and I mean a few, but not worth signing up and it’s going to go up. Xbox wanted to increase price until everyone moaned and the said it was a mistake, but it’s going to go up in the next 12 months.

Sony have PlayStation Now and I’m not interested. PlayStation Pass wouldn’t get me signed up either (if that’s what it’s called) but if gamers didn’t buy developers wouldn’t sell.
David

Multiplayer Effect
I hope they do add multiplayer to Mass Effect Legendary Edition. I still play Mass Effect: Andromeda multiplayer to this day. I love the Combo Primer Detonator aspect to it and generally I think the combat is excellent.

I play on PC and can still get a game with others without much waiting. Mass Effect 3’s multiplayer is generally considered even better, I believe, albeit I haven’t played that one. I would certainly get involved if they did it for the Legendary Edition.
r-s-w

GC: We don’t know about better, but they are both surprisingly good.

Games Inbox: Should GTA 6 have a more serious story?

Inbox also-rans
Really feel as though Google have missed a huge opportunity with Stadia. How amazing would it have been to team up with Nintendo and offer the Stadia service on the Switch?
Digsy

Any idea when you might have your review of Mass Effect Legendary Edition finished, GC? I appreciate it’s a lot to go through but it’s frustrating when the only reviews on Metacritic are made up ones from sites you’ve never heard of.
Benson

GC: We couldn’t say at the moment. We’re trying for this week but there is a mountain of content to get through and we don’t want to rush through it.

This week’s Hot Topic
The subject for this weekend’s Inbox was suggested by reader Clambake, who asks what’s the most annoyed you’ve ever got with a video game?

Do you feel your anger was justified and what exactly happened? Was it because the game was very difficult, had a stupid plot twist, or was there some kind of bug that ruined the experience? Or what about playing online, including against cheaters?

How often do you get angry playing games and have you ever broken a controller, or anything else, when getting upset? How have you learned to cope better and is there anything you now purposefully avoid?