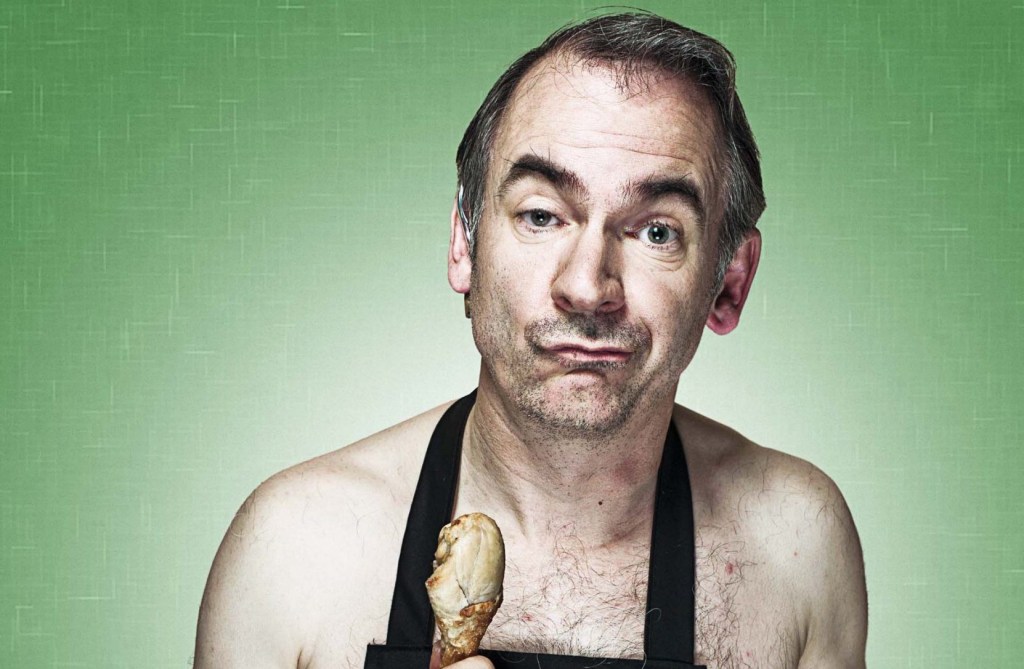 Late Friday Night Dinner star Paul Ritter has shared his ‘moving’ favourite scene from the show during a posthumous appearance on a 10-year anniversary special.

The Martin Goodman actor died aged 54 from a brain tumour in April, with stars of TV and film sharing their heartbreak after the shock news.

Paul and his co-stars filmed footage for new documentary Friday Night Dinner: 10 Years And a Lovely Bit of Squirrel earlier this year. It airs on Channel 4 later this month.

Speaking about his favourite scene from the hit sitcom, Paul spoke about Wilson – the dog owned by eccentric neighbour Jim Bell (Mark Heap).

Wilson’s death in season five provided one of the most bittersweet moments in the sitcom’s history, and Paul praised the scene written by the show’s creator Robert Popper.

‘My favourite bit of Friday Night Dinner has to be the death of Wilson,’ Paul said.

‘It was very clever by Robert because Wilson was the character who died, but it actually unlocked all our feelings about Jim.’

The scene from 2018 saw Wilson buried in the Goodman’s flowerbed, having terrified owner Jim throughout his life.

Paul also spoke about the character Jim, adding: ‘We suddenly saw this bereft guy who had lost his only friend. And I thought it was really, really moving.’

Actor Mark also appears in the documentary, saying: ‘He loved Wilson, and he never touched him before. It was the first time that he’s actually given Wilson a proper old cuddle.’

He added: ‘Robert’s good at putting the pathos at just the right point, but hopefully not in an overly mawkish way. And usually pathos needs to be immediately comedically undercut.’

Tamsin Greig also appears in the upcoming documentary, revealing that she tried to convince Paul not to take part in the show’s anniversary special due to his ill health.

Paul’s rep confirmed he died in April after battling a brain tumour.

A statement shared with Metro.co.uk read: ‘It is with great sadness we can confirm that Paul Ritter passed away last night. He died peacefully at home with his wife Polly and sons Frank and Noah by his side. He was 54 and had been suffering from a brain tumour.’