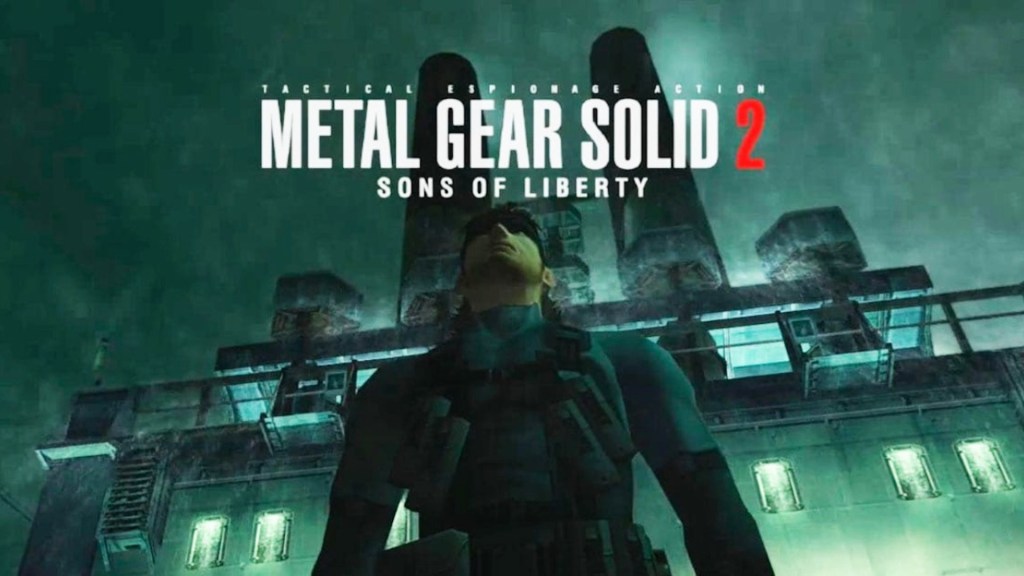 Readers name the games they think don’t deserve their bad reputation, from Fallout 76 to DmC Devil May Cry.

The subject for this week’s Hot Topic was suggested by reader Dory. It involved games that are thought to be terrible but that you like, ones that are considered mediocre, or even something that’s acknowledged to be good but you think is even better.

We had lots of difference suggestions in each category, but the most common answers were No Man’s Sky and games as a service titles like Fallout 76 and Sea Of Thieves.

Time heals all wounds
I think Metal Gear Solid 2 must be the ultimate example of this. Especially when it first came out, everyone hated it because of the switcheroo with Raiden and, you know, it being crazy as a box of frogs. But I think its reputation has improved over the years, as Raiden has been slowly accepted as part of the franchise.

It is a great game though and while 3 and 5 are also good it’s my favourite sequel by far. It’s aged a lot better than the first game and yet it still has the same level of crazy (if not more) without seeming tired and overindulgent like the later games.

Okay, it is overindulgent, I admit it, but then all Hideo Kojima games are. Of course, the main reason the game has seen its reputation improve in recent years is the speech at the end about the internet and how information and truth becomes meaningless on it, which didn’t make much sense in 2001 but today stands as proof that Kojima owns a time machine.
Cubby

Changing opinions
I was going to say Zelda: The Wind Waker for this but to be honest I don’t know what kind of reputation it has anymore. When it was first unveiled everyone hated it because it had cartoonish graphics and cartoons are for babies (people complain about gamers now but they used to be much worse!) but then over time I think everyone has agreed it looks great, with graphics that have stood the test of time much better than any other game in the series.

The actual game though… I think that was always pretty bad. The unfinished third act, the boring sailing, the good but overly familiar dungeons. It’s reputation has changed over time but I think it always settles back to being a lesser entry in the series even if the reasons are different.
Onibee

A weirdo writes…
I have to admit I’m one of those weirdos that has been playing Fallout 76 since it came out and I’m not afraid to admit it. It’s still janky as hell, even though it is much improved from where it was at launch, but I love the freedom of the game and the Fallout world so much it just keeps me coming back.

It never should have been released in the state it was, I agree, but the idea of setting up your own settlement and working together with other survivors is great and for my money an overall better experience than Fallout 4.

The graphics started out at such a low standard though I don’t know how Bethesda are going to keep it going in the next generation without just starting over and doing a sequel. But I’ll be there for it if that’s what they do!
Dylan

No lost causes
It’s an obvious one to come to mind now, given the recent remaster, but NieR Replicant’s reputation has skyrocketed since NieR:Automata. I don’t think many people really took much notice of it when it came out on the PlayStation 3 but after the success of the Automata it finally got the attention it deserved and people began to see the genius of Yoko Taro.

How this happened I have no idea though. Where Square Enix got the idea to even do a sequel to the game is a mystery but thank god they did. It just goes to show that there are no lost causes and, as we’ve seen in the last few years, almost any game can come back with a sequel or remaster, even when you think it’s completely dead and forgotten.
Kongdale

Battle of the Dantes
Good question here and the first thing I thought of was DmC Devil May Cry, which I thought I was very unfairly treated. Almost all the complaints focused on the colour of Dante’s hair and other meaningless details (he’s an idiot douchebag in the old games too!) while ignoring that the game plays very well.

You can argue over whether it plays as well as the other games but for me it’s definitely up there and the important thing is it looks and plays different to them, rather than just being yet another quasi-remake.

I don’t really mind that there was another one as I feel it did its job but for me it’s just as good as the rest of the series and better than 1, 2, and 4.
Fulcrum

Superior sequel
I’m not sure how Bioshock 2 is regarded as a rule but I always got the feeling that it was never considered a proper sequel because it wasn’t by the original developer. For my money though it was a lot better than Bioshock Infinite.

It was certainly better as a shooter and I thought the Big Sisters were a neat, logical addition and the game had a good twist in the story that wasn’t as eye-rolling as Infinite. It also found a way to be set on Rapture without it seeming too contrived or repetitive. Whereas Infinite couldn’t resist going back and totally ruined the chance to make the series not tied to it.
Ansel

Personal preferences
I feel that personal preferences for games are like enjoying films and books. You can tell the anger some gamers have for a critical review of a game by the abusive comments that a critic may get! The feeling I get from angry readers are that game and film critics are playing/watching and reviewing many games/films and can get more desensitised by them and maybe more unimpressed as they get through loads of titles.

I find that to me the critics are in a much better place to review these titles, and can give a much fairer opinion, and when a title has really been praised, then that must be a diamond of a game or film. I myself have played badly received games and also watched loads of films criticised by some very hard critical reviewers over the years but have been very surprised and thoroughly enjoyed them.

No Man’s Sky had problems from the start. It managed to be an award-winning game eventually, due to having a dedicated team constantly updating it and adding more and more content and gameplay. I am hoping Cyberpunk 2077, like The Witcher 3, will be patched up to be a very playable and much better received game in the future.

I have said before that Mass Effect: Andromeda rubbed gamers up the wrong way and I can 90% see why! But my personal preferences were very warm to it and I eventually got over the slightly annoying terraforming of the various planets and then eventually enjoying the interesting little quests and story missions. The game was completed with many a good memory, due to living out a sci-fi dream. I can’t do all that in real life, and the game filled up that yearning for me.

Maybe some games need to mature a bit to eventually become classics or, like Fallout 76, have it continuously being added upon with various updates until, like No Man’s Sky, it was good enough. Vampire: The Masquerade and Star Wars: Knights Of The Old Republic 2 had a mod community which improved the games from the slightly mediocre or OK games that they initially were.

But even the critics can sometimes get it wrong, like back in 1982 when a certain Blade Runner film was released and this eventually became a classic and one of my favourite films of all time; just like John Carpenter’s The Thing, which was also released in 1982, and another classic.

There is something for everyone out there and even if it is not everyone’s cup of tea, then as long as the product has something interesting about it and is reasonably developed, then it will be liked by someone, somewhere for sure.
Alucard


MORE : Games Inbox: PS5 stock shortages in May, Resident Evil Village co-op, and There Is No Game love