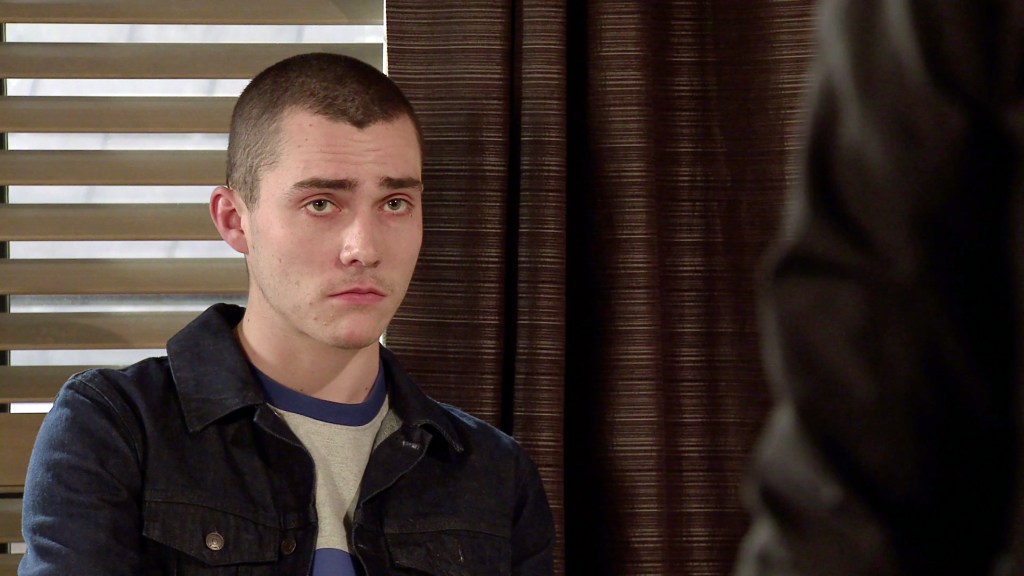 Coronation Street star Max Evans has confirmed that there will be a comeuppance in store for his brutal alter ego Corey Brent, who was involved in the murder of Seb Franklin and has since been covering his tracks.

However, he has warned that it might be a while before viewers see justice as Corrie explores the layers of the aftermath and of Corey’s cunning manipulation to protect himself.

He told Metro.co.uk: ‘He is naturally scared when he is arrested – especially as he is guilty of something. He has never been involved with police before so he doesn’t know what to do – which is why he’s a no commenter, he is scared, yeah.

‘What Corrie does best is their ability to drag out these storylines to build layers to what the story is meant to promote.

‘It’s interesting to see him around as he is the one who shows the brutality of the storyline. I hope he gets his comeuppance – I am the most hated man in Manchester!’

And there’s a good reason why – as there are no real nice sides to his character! 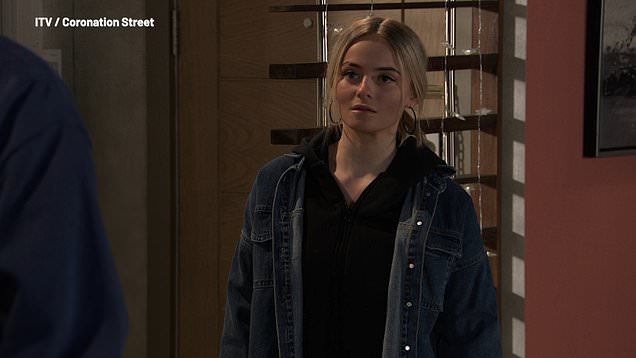 Max agreed, musing: ‘There’s nothing nice about him. I quite like there’s no redeemable features about him – we want him to be hated and to raise awareness of hate crimes that happen every day.

‘He’s a very controlling person and people are comparing him a lot with Geoff – which is brilliant that people are acknowledging that Corey is the villain in the piece, which he is.

‘Asha starts to get away from it when the police get involved – but I wouldn’t be surprised if Corey manages to reel her back in.’

While Max reckons that there will be scenes where he feels guilt, he revealed that Corey’s ultimate goal is to get away with it and the cocky thug reckons his privileged standing in life will help him out.

Max sighed: ‘Unfortunately there’s a sense of power because of his family and upbringing. You see it in the world today that there can be a sense of power when you are from that privileged background.