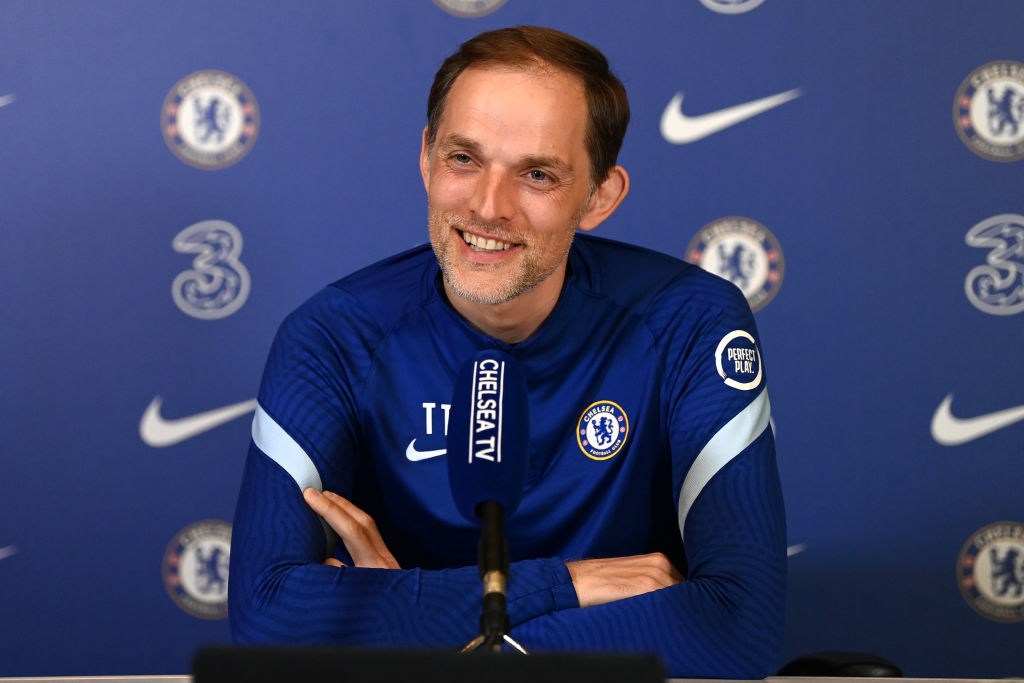 Chelsea are ready to offer Thomas Tuchel a new contract at the end of the season.

Tuchel arrived at Stamford Bridge in January, signing an 18-month contract with the club after being brought into replace Frank Lampard.

The German has guided the club to both the FA Cup and Champions League finals in his first four months in charge with the Blues also still chasing a top four finish.

Chelsea were ninth in the Premier League table when Tuchel arrived and have lost just once in the league under the former PSG boss.

But the Daily Mail now reports Chelsea are now keen to tie him down to a new two-year contract with the option of a third year.

Tuchel has admitted he initially had concerns with only being offered an 18-month deal by Chelsea and is eager to sign the new deal, according to the report.

‘These are pretty exciting weeks,’ Tuchel said this week ahead of Wednesday’s clash with Arsenal.

‘The biggest? I’m not sure, as I’m not the best at comparing… I’ve had ups and downs and exciting times in my career.

‘It’s a tight schedule and a fantastic experience in the last three weeks… so much to fight for. Now it’s the time to take the next step and not just play a final.

‘There are a lot of targets… it’s exciting, demanding and sometimes tiring. But it’s the best way to finish a season.’