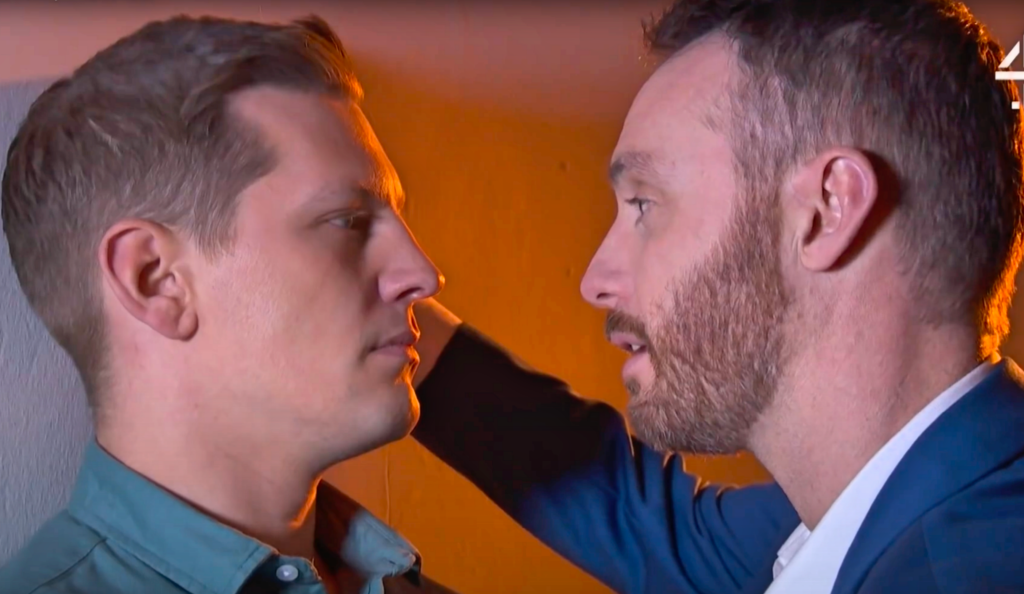 James has been using his legal expertise in the hopes of securing John Paul his freedom, but next week, he’s left with little choice but to inform his client that he thinks he should plead guilty!

Ste, meanwhile, worries that James’ feelings for John Paul could be reignited given that they’re working so closely together.

James, having discovered Ste’s doubts, agrees to take a step back and not work on the case any more.

However, he soon goes back on his word, as he assists Theresa (Jorgie Porter) in trapping the witness into admitting that they lied about putting John Paul at the scene of the crime.

Leah Barnes (Ela-May Demircan) overhears a conversation between James and the McQueens, and realises that James has lied to Ste!

Ste is livid when he finds out that James went behind his back, and wastes little time in confronting him on the matter!

Is Ste right to be worried?

Hollyoaks spoilers: James reunites with John Paul as he cheats on Ste?

Will James’ closeness with John Paul reignite their passion?

Could the solicitor perhaps cheat on his boyfriend with his ex?