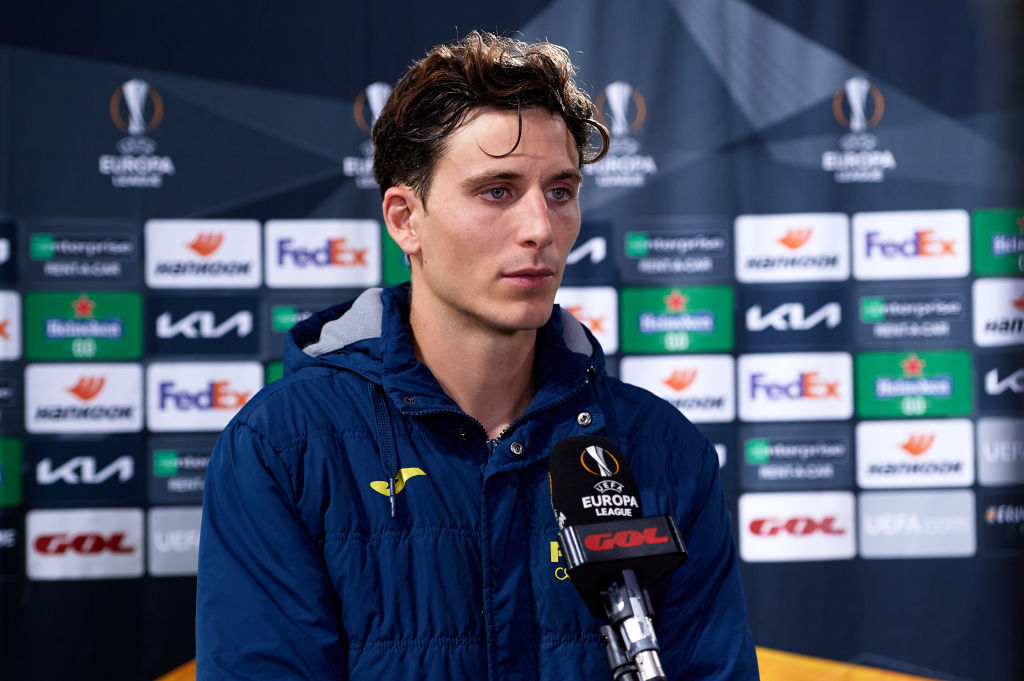 Manchester United will get a chance to see transfer target Pau Torres up close in the Europa League final and the Villarreal centre-back is relishing going toe-to-toe with the Red Devils.

The Spanish defender gave a commanding performance at the back as Villarreal kept Arsenal at bay at the Emirates on Thursday evening, securing the goalless draw they needed to progress to the final having won 2-1 in the first leg last week.

While Villarreal were stubbornly resisting the Gunners, United actually lost the second leg of their tie against Roma but went through to the final as 8-5 aggregate winners.

The final will have particular significance for Torres, who has been heavily linked with a big-money move to Old Trafford as Ole Gunnar Solskjaer looks to strengthen his backline.

According to reports in Spain, United are in advanced talks to sign Torres and want to have a deal wrapped up before he takes part in this summer’s European Championship.

The 24-year-old did not put a foot wrong against Arsenal and knows both he and boyhood club Villarreal will need to deliver another huge performance to come out on top in Gdansk on May 26.

‘We’re facing a huge club in Manchester United and we’ll have to work very hard to win,’ he told reporters after knocking out Arsenal.

‘We said in the hotel that it couldn’t be another all-English final. It’s so special to have Villarreal playing in a European final. We’ve achieved something really big.’

On beating Arsenal over two legs, Torres continued: ‘This is for all the fans, the club, the squad, last year’s squad, my village. We’ve created history by getting to the final but we’re not finished yet.

‘It was a very difficult result to bring here. They had chances tonight. As the boss said to arrive to a final you have to suffer.

‘Tonight I’m crying tears of emotion instead of disappointment. Villarreal have missed out on so many semi-final chances to reach the final but now, finally, we’ve done it!’

As well as seeing Torres take on his suitors, the Europa League final will also pit Eric Bailly against his old club, with the Ivory Coast international having moved to Manchester from Villarreal in 2016.