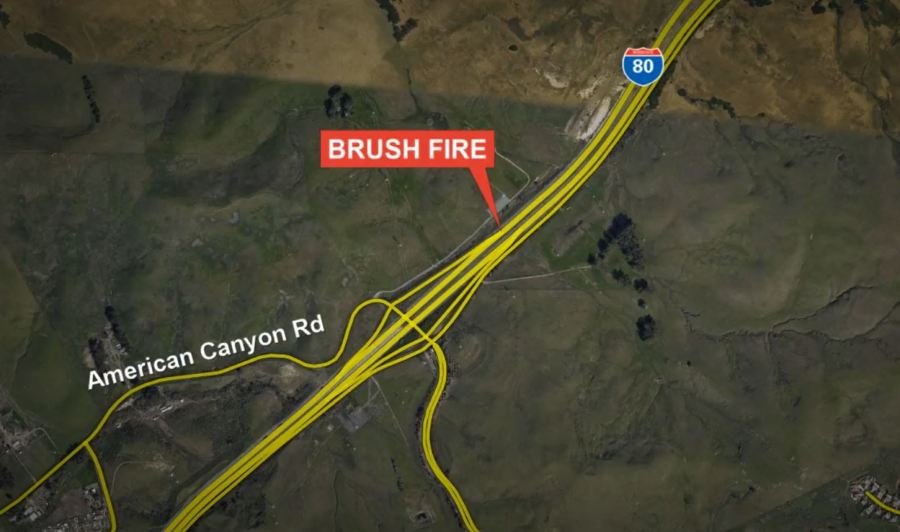 According to the California Highway Patrol, a car caught on fire which spread to the grass.

Around 5:30 p.m. the fire was reported near American Canyon Road offramp.

A severe traffic alert was issued around 6:12 as the right lanes were blocked.

Around 7:40 p.m., all westbound lanes were reopened.