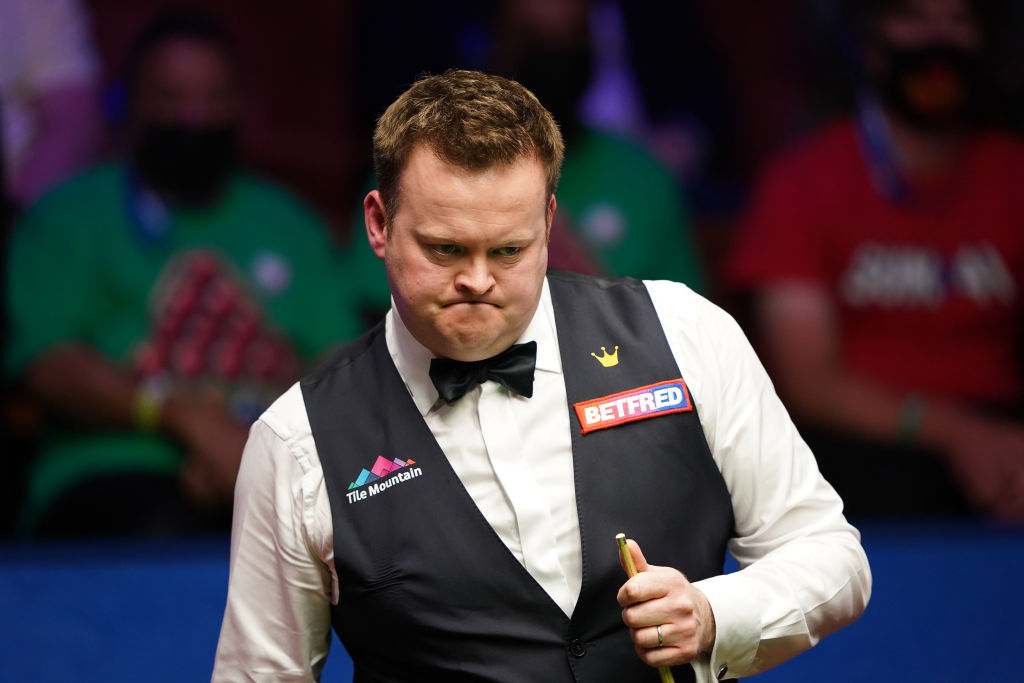 Shaun Murphy says he was broken by Mark Selby in the second session of their World Snooker Championship final and admits that the new champion has a level of patience that no other player can compete with.

Selby beat Murphy 18-15 in an excellent World Championship final at the Crucible in a contest that was evenly matched for the majority, but not on Sunday night.

After wining the opening session 5-3, Murphy was handily beaten 7-2 in Sunday’s second session, leaving him with a lot of work to do from 10-7 behind on Monday.

The pair shared both remaining sessions, but that took Selby to the 18-15 win and clearly it was down to the Jester’s success on Sunday evening.

It was not blistering break-building from Selby, although he did knock in five half-centuries in the seven frames he won, but it was dragging Murphy into a tactical battle which the Magician was always going to lose.

Murphy admits to feeling broken at that point and that ultimately cost him the world title.

‘He’s just super granite isn’t he?’ Murphy said on the BBC after the loss. ‘I’ve known him since we were nine years of age and he’s always been the same.

‘I started the match well and he just went into super hard mode and just broke me last night [Sunday].

‘It was a tough lead to give him, a three frame lead in a match of this calibre and in the end it probably told the difference.’

Adding on Eurosport, Shaun said: ‘It’s very very difficult, I’m not the only one who’s struggled to break the Selby puzzle.

‘It seems that if you don’t get on top of him early then the frame descends into 10, 15, 20 minutes before a ball is potted.

‘One of the attributes Mark probably has better than anyone else is patience, he’s just willing to wait that little extra bit longer than most of us are.’

Murphy has now been to four world titles and won just one and he is certainly left thinking about what might have been.

‘That’s the third loss in a World Championship final for me, I could be stood here as a four-time winner but I’m not.

Few were expecting the Magician to go on much of a run this tournament after showing little form all season, so Murphy will look back on this event with pride after serious difficulties of traveling to competitions from his home in Ireland due to Covid.

He thanked the fans, who returned to the Crucible in force for the final this year, and his coach Chris Henry, who was in the unusual position of working with both Murphy and Selby in the final.

‘On a personal note it’s been a very tough year on tour for me, travel restrictions and stuff like that, but you’ve brought me back,’ Murphy told the fans in Sheffield.

‘Chris and I have worked together since 2013, been an integral part of my team since. Thank you for everything you’ve done in the last eight years but he’ll be sacked in the morning,’ he joked.

‘I’m thrilled for Mark, gutted myself, but thrilled to be part of such a great match.’