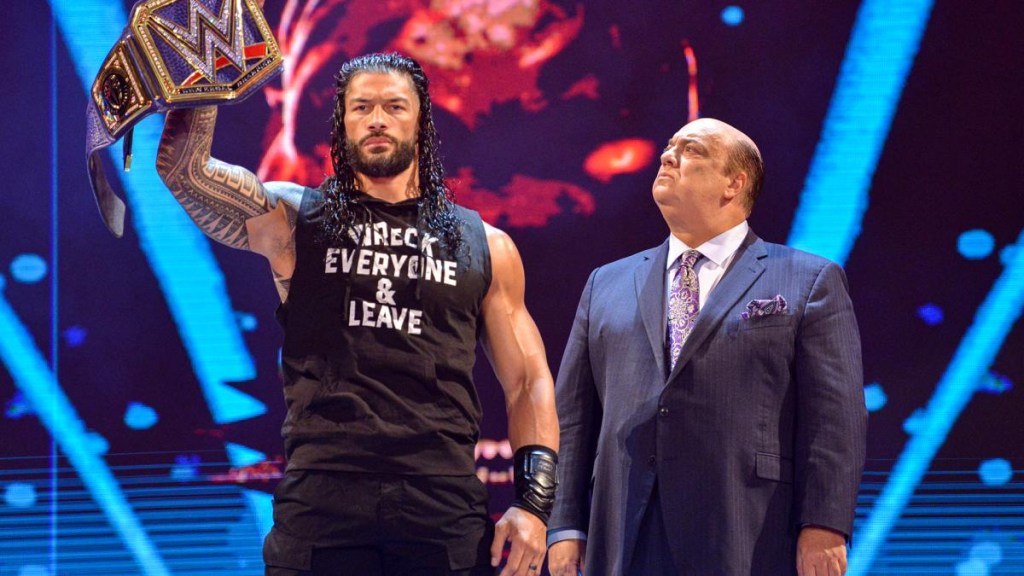 WWE superstar Roman Reigns debuted some epic new entrance music on SmackDown this week and The Shield’s theme is no more.

The Universal Champion – who successfully defended his title against Daniel Bryan in a high-stakes main event – stepped out for their huge match to unfamiliar sounds, but a track undoubtedly befitting of the Tribal Chief.

Since his return at SummerSlam last year, the Head of the Table has been unrivalled and hit a new level to rejuvenate his WWE career.

Now, the fresh theme music seems to be the final piece to the puzzle when it comes to completing the change fans saw back in August.

The downside for fans will be the end of an era with The Shield’s music – which Roman first used alongside Seth Rollins and Dean Ambrose as part of the iconic faction back in 2012 – a thing of the past.

The champ continued to use the song long after the group’s split in 2014, but after changing his gear, his transformation is fully complete.

It was a great night for the Tribal Chief all round as he held onto his Universal Title after an incredible match with Bryan, with both men showing their chemistry and making the most of the time they had.

They told a great story between the ropes, with the Leader of the Yes Movement even looking like he was poised for a surprise victory on a couple of occasions – but it wasn’t to be.

In the end, it was the guillotine choke which gave Roman the significant win, which in turn means Bryan is now barred from SmackDown.

Given the former world champion’s contract status and repeated comments about wanting to dial back his wrestling commitments, it seems this truly might be the last we see of him on the blue brand.

WWE made sure to look to the future though, as Cesaro raced out to save his friend only to be forced to watch on as Reigns delivered a brutal con-chair-to on Bryan as the show came to an end.