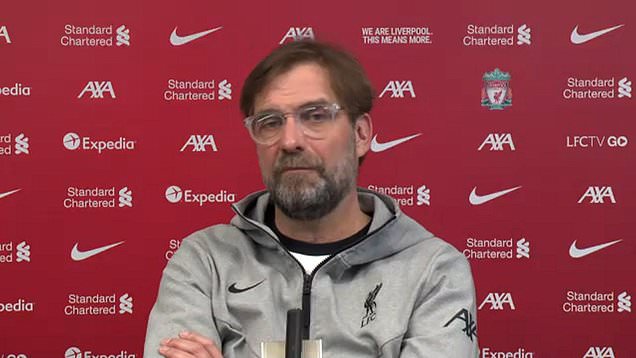 Jurgen Klopp admits Liverpool’s title challenge next season will be even tough due to the progress made by Manchester United and Chelsea.

Manchester City are on the brink of winning the Premier League as they currently have a 10-point advantage over United, who are in second place.

Liverpool, meanwhile, have suffered a drastic dip in form this season and are now in danger of missing out on a top-four finish with Leicester City and Chelsea in pole position to secure third and fourth spot.

And Klopp believes Liverpool’s bid to win the Premier League title once again ‘will not get easier’ due to how quickly their rivals are improving.

‘We are responsible for the things that happen to us. We were involved in the last few years constantly in semi-finals and fighting or league titles,’ said Klopp.

‘I don’t know if other teams felt bad because of us but I wish for them not, I’m not like that. I’m not a person like this. 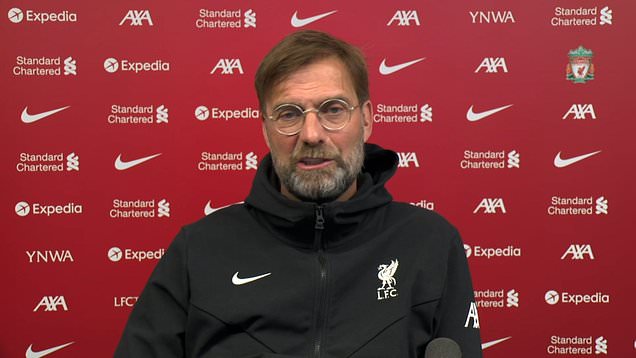 ‘They [City] deserve the situation they are in. That is football, that is fair. They won an awful lot of games. United turned the game around [against Roma] – like they did 20 times this year.

‘I had my bad moments in the season for other reasons, not because other teams are winning more games than us.

‘That’s not my problem, my only problem is with the opponent of the specific weekend and not think, ‘oh my God, City again and United are back on track’.

‘Life is too short for these kind of worries or thoughts.

‘We will challenge them again next year but this year we can only finish our season as good as possible and we have nothing to do with semi-finals and finals.

‘It always becomes harder because City never stops. That is clear. They did not stop and they will not stop.

‘United is coming up definitely everyone can see that, Chelsea is obviously in a brilliant place, a top squad.

‘Thomas [Tuchel] inherited a present and you can see that they are really good so it will not get easier.

‘We’re not just talking about City there will be other teams for sure. We have to deal with all the other teams who are outstandingly strong but still go under the radar like Leicester: brilliant manager and a top squad dealing with different situations.

‘Nobody should write off Tottenham or Arsenal. Obviously West Ham is now flying. How can it be easier? It is not only City.