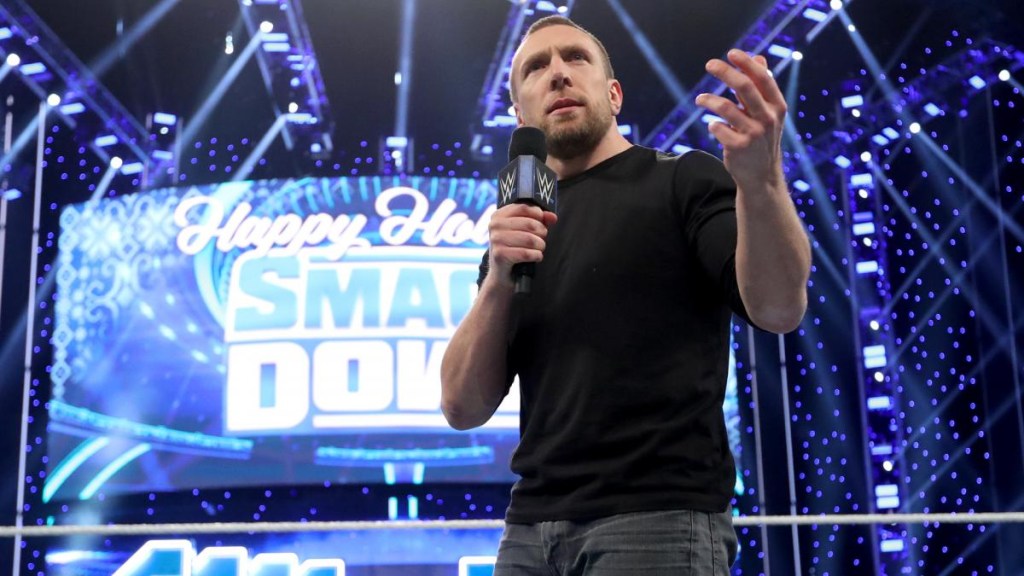 Daniel Bryan is finished on SmackDown – and his future with WWE remains unclear.

The former world champion came up short in his Universal Title match with Roman Reigns on Friday night, which spelled the end of his run on the blue brand as per the terms of their bout.

After the Tribal Chief’s big win, Bryan has now been banned from the show, which puts things in an interesting spot when it comes to his status in the company and beyond.

The Leader of the Yes Movement has made plenty of comments over the past year about his priorities as a performer and a parent, and how things have changed for him more recently.

Now, it seems like WWE fans are witnesses the twilight of his career in Vince McMahon’s company, although there’s no guarantee that’s the end of him in the ring.

What does it all mean?

Is Daniel Bryan going to retire?

That seems unlikely – Daniel Bryan has talked a lot about wanting to scale back his in-ring work and embrace more of a part time schedule, which is certainly something we could see.

Back in December, he told BT Sport: ‘I’m switching priorities in my life where for years wrestling has been the key focus. Like my contract is coming up soon, and we’re looking at me transitioning to maybe less than a full-time wrestler.

Will Daniel Bryan go to Raw or NXT?

Of course, Bryan leaving SmackDown is no guarantee that his time in WWE is up – and a much more plausible scenario could see him round off his full-time run with a stint on either Raw or NXT.

He would be a huge benefit to either brand, and he could be a fitting challenger to Bobby Lashley – or even US Champion Sheamus – over the summer months if that’s something the company wanted to explore.

However, for many fans the more appealing option is a move to the black and gold brand where he could get in the ring with everyone from Kyle O’Reilly and Finn Balor to KUSHIDA and Pete Dunne.

It’s a mouth-watering prospect, and one that would make a lot of sense.

Is Daniel Bryan going to AEW or IMPACT Wrestling?

This one is much harder to answer, with Daniel Bryan still under contract with WWE and showing no immediate signs of leaving right away.

For a while it seemed like the superstar could simply re-sign on a more part-time deal, there’s still a real possibility he could decide to finish his career in another promotion to tick some bits off his bucket list.

It should be noted that Although Bryan has vocalised his desire to wrestle outside of WWE, he also seemed to suggest he would like to be able to both rather than leaving the company for a change of scenery.

‘It’d be interesting if I could wrestle in different companies and WWE,’ he recently said. ‘That’s actually something I’m trying to weasel my way into right now.’

Fans will be watching eagerly to see where the chips fall and what the future holds for Bryan.