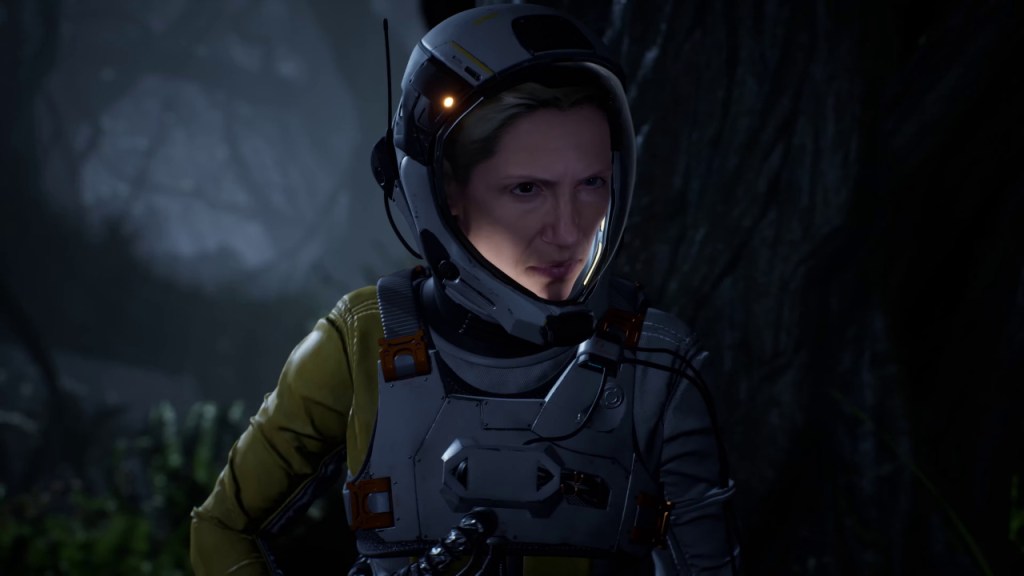 The Thursday Inbox is unsure why Umbrella do the things they do in Resident Evil, as one reader is impressed by Monster Hunter Rise’s sales.

Priced out
Great to hear that Returnal is another success story for Sony. I don’t know why they’ve been so quiet about it, because that only makes people suspicious that it’s a dud, but clearly it’s not that. I have enjoyed Housemarque’s games in the past too, so I am very interested in playing the game but… I just can’t get over the price tag.

I assume Sony thought long and hard about raising the price, or at least I hope they did, but for me it’s just too much. It breaks a psychological barrier that just screams ‘too much’! Maybe for a sequel to a beloved franchise, that I can guarantee is going to be good, it would be something I’d swallow down but for a game that’s got good reviews but I still can’t be sure I’ll actually like? No way.

I’d be curious to know how many other people feel the same way because now that Sony’s release schedule is starting to get into gear there’s a lot of games coming up that I’d potentially be interested in. But I can say now there’s not a chance I’d pay £70 for Ratchet & Clank even if it got 10/10 scores across the board. I’ve played previous games in the series and never thought they were more than okay.

No matter what anyone else says, Sony needs a subscription service like Game Pass because at this rate they’re just going to price me out of buying any new game except six months after it comes out.
Cubby

All that matters
Nice review for Returnal, GC. I’m glad Housemarque have nailed it and I hope this seems them become more recognised, as I agree their arcade games have been great. I wouldn’t be surprised if Sony bought them now, which hopefully they’d be okay with anyway, since they’ve basically been second party all these years anyway.

That Reader’s Feature a few weeks ago said that Returnal would be an important test for Sony and it seems like they’ve passed it with flying colours, with even a game that hasn’t been hyped up much reviewing very well. If Ratchet & Clank does as well, even though it’s not my sort of thing, then their reputation is going to be cemented.

Whether that’s enough to be Microsoft I don’t know and to be honest I don’t care either. As long as neither go out of business I don’t care who’s winning. My preference is Sony because their games are better but as long as they keep making them nothing else really matters.
Zowie

What’s my motivation?
This may be a stupid question but can anyone explain what Umbrella actually want? I love the Resident Evil games but I have to say I’m pretty hazy on the motivations of the main bad guys. So they’re trying to develop a virus that turns people into zombies to, I guess, sell to the military or something? But which military? Were they trying to sell it to Russia or China or to America?

And why would any of these countries want a zombie virus anyway? What’s going to happen when all those zombies get to another country and start infecting the whole world?

I realise these are probably questions with no answers but I can’t remember what Wesker was trying to do in Resident Evil 5 at all. Was he trying to take over the world or just make money? If it’s the second one, couldn’t he have just robbed a bank or something?

I have to admit I rarely find myself paying much attention to video game stories, even when I enjoy the cut scenes. So if anyone knows what’s going on I’d love to know about it.
Hamlet

Real numbers
Great to see Monster Hunter Rise doing so well, totally deserved in my opinion. Also, it’s interesting to see actual sales figures which you don’t seem to get often. Japanese companies seem more willing to share them though, for some reason, and it’s appreciated.

I don’t know what I really expected but only one Capcom game selling more than eight million surprised me. I know that’s still a lot but I always think of them as a major publisher and I never thought of Monster Hunter: World being a particularly big hit – not the way most of the Resident Evils are.

I guess there’s plenty of people that would be put off by a horror game but I’m still surprised it’s not selling even more. We’ll see how Village does I guess, and the giant vampire lady effect, but I guess it’s likely to still do about the same. You can count me as helping with the sales though, I loved the demos.
Gantz

Money to burn
I don’t mind admitting I’m getting really worried about Microsoft throwing their money around so much. I get it, they want to be big in the games industry, but can’t they manage it by doing something more constructive? Just buying everyone or undercutting the competition, like they’re doing with Steam, seems so reductive and shady to me.

If they were investing all their money in setting up new developers or funding indies or something that would be a lot better, but they’re not. They’re buying up tired old dinosaurs like Bethesda, obsessing over more Halo and Gears Of War, and still not buying anyone that isn’t American, Canadian, or British.

All their actions do is make me want to stick with Sony even more. They might be arrogant but at least they aren’t stuck in the same one note rut Microsoft has been in since the Xbox started.
Focus

Completing the trilogy
GC, did Doom Eternal do well enough to justify a sequel? I really enjoyed it and the recent DLC so I’d totally be up for a next gen sequel, but would it be an Xbox exclusive now? I’ve got a PlayStation 5 and there’s no way I’d buy an Xbox just to play Doom 3 but on the other hand I don’t want to miss out.

I’m all for first party exclusives, because it emphasises that games should be the reason people buy a console, not gimmicks performance differences you can barely make out, but making multiformat games exclusive is not on as far as I’m concerned.

Sony are criticised when they do it (what has happened to Spider-Man in Avengers?) and Microsoft should be too, in my opinion. Which is probably why they’re trying to be as vague as possible about their plans.
Gadfly

PS bundle
With all this hoo-hah about Game Pass I feel I should praise PlayStation Now. It has a huge range of Japanese role-playing games, PlayStation 2 and 3 games, and I am currently playing Marvel’s Avengers on it – after being wary of paying even 30 quid for it.

It also has many quite recent games like Borderlands 3, so I don’t know why people keep saying Sony need a response. No, what they need to do is bundle it in with PS Plus. Seems sensible enough.
Zombiekicker (gamertag/PSN ID)

Games Inbox: Would you pay £70 for Returnal on PS5?

Pokémon evolution
Glad to hear that New Pokémon Snap has turned out well, even if it’s still basically the same as the N64 game. I agree that the mainline games are too stuck in the past and needlessly low tech, so I hope that Pokémon Legends: Arceus is going to change that.

The game didn’t look great in the first footage, but I’m willing to give that a pass as it was early on and there is a pandemic and everything. I feel that future Pokémon games have to be completely open world and probably get rid of the turn-based combat.

The combat is a problem because it’s really at the heart of the game, whereas it’s only really technology (and budget) that’s stopped them from being open world. The problem is that if you’re running around a realistic looking landscape and then get into a turn-based battle that’s just going to seem weird.

Or maybe it won’t and they know what they’re doing with the Arceus game. I hope so, because I’ve always enjoyed the series but felt that Sword and Shield was ultimately a big miss. It sold really well though so it’s going to be interesting to see whether that leaves Game Freak resting on their laurels or not.
Austin

Inbox also-rans
Dark Envoy looks really good, like an Infinity Engine game but I am unsure if it is real-time with pause or if it’s turn-based like Divinity; Do you guys know much about it?
Sven

I bet the people that made Outer Wilds hate The Outer Worlds, I have never once not got those two names mixed up and I’ve played both of them!
Olly

This week’s Hot Topic
The subject for this weekend’s Inbox was suggested by reader Watson, who asks you to imagine a brand new fighting game featuring your favourite characters.

If you could create a fighting game featuring existing characters from another game, film, TV show, or comic what would it be and how would it work? Do you think there’s any genuine chance of it happening and do you honestly feel it’d make for a good game?

You can include crossover ideas like Marvel Vs. Capcom, as well as an equivalent of Super Smash Bros., but try to make your suggestion relatively grounded, with a manageable roster of characters and plausible moves and features.