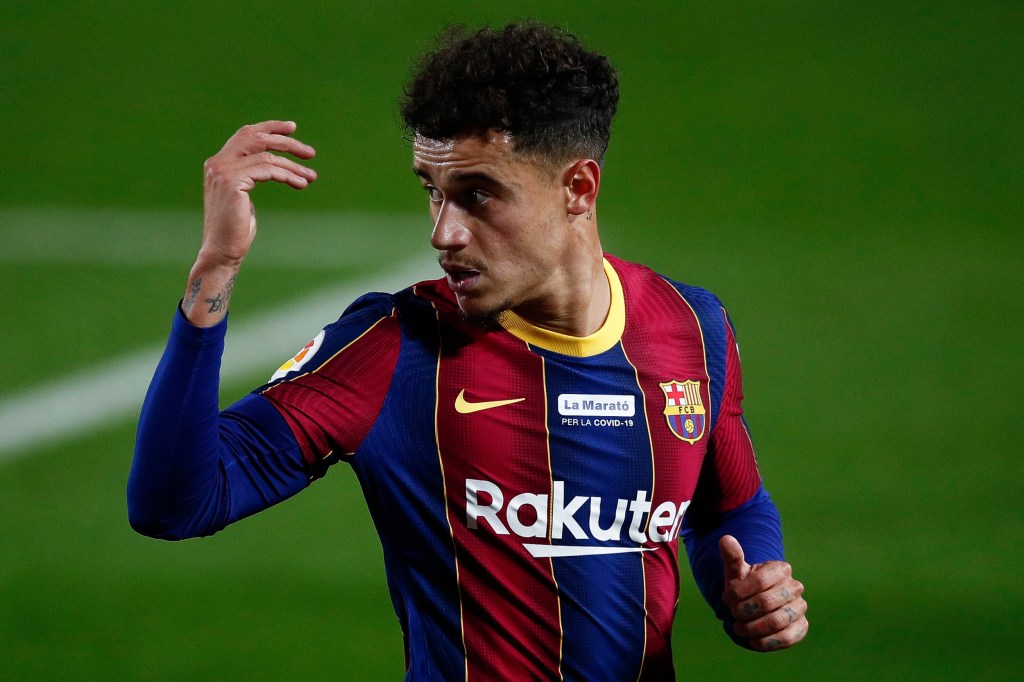 Everton are set to sign Philippe Coutinho in a £35 million deal from Barcelona, according to reports.

The 28-year-old has failed to make an impact since his £148m move from Liverpool to Barcelona in 2018.

After spending last season on loan at Bayern Munich, Coutinho was brought back to Barca by Ronald Koeman and was a regular under the Dutchman before he suffered a knee injury in December.

The Brazil international needed surgery to fix the problem and has already been ruled out for the remainder of the season.

Barcelona are in desperate need to balance their book this summer and have been open to offloading Coutinho ahead of the upcoming window.

And according to The Sun, Everton are now on the verge of agreeing a £35m deal for Coutinho.

The report claims that Everton are so confident about the transfer that they are already making housing arrangements for the midfielder’s return to Merseyside.

Speaking about Coutinho’s departure, Klopp said in an interview last year that he did not begrudge the midfielder’s desire to move to Camp Nou.

‘I really respected Phil’s switch from the first second,’ Klopp said on the Pure Football Podcast.

‘Not that I do that all the time, but it felt really like ‘oh wow that could be difficult’.

‘So it’s not about yes we signed a new contract only weeks before that, but it was really clear he wouldn’t have asked me for any other club – but for this club there was no chance

‘Then we had to be hard in the summer because we had no other solution. We lost Adam Lallana [to injury] in that time as well, we would have lost two players.

‘That’s not possible, you cannot solve that on the transfer market.

‘He was open to that [staying] and that was really cool. Then you have to be fair in the window and say we can do it, we don’t like it but we can do it.’