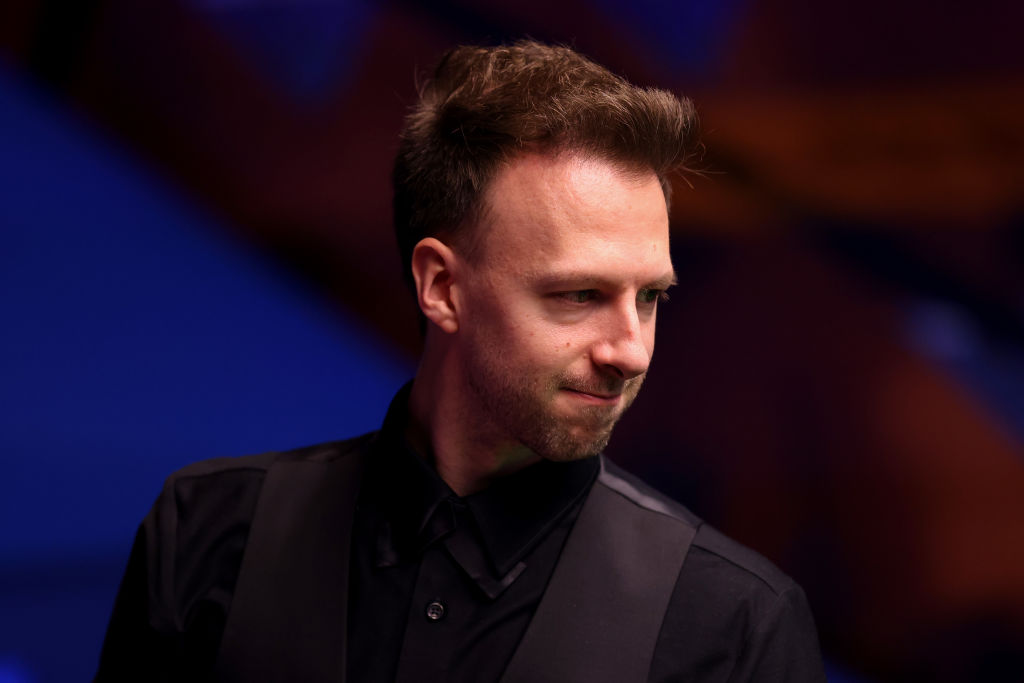 Judd Trump may have suffered a shock exit from the World Snooker Championship on Wednesday night, but he has still had a look ahead to the two semi-final matches that remain.

The world number one was beaten 13-11 by Shaun Murphy in a superb quarter-final contest at the Crucible, leaving a semi-final line-up of Murphy taking on Kyren Wilson and Mark Selby facing Stuart Bingham.

Few were predicting those four men being the quartet still standing at this stage, with Trump, Neil Robertson, John Higgins and Ronnie O’Sullivan all being touted as possible title challengers.

However, three former champions and last year’s runner-up remain in two intriguing semi-finals which Judd cast his eye over after defeat to Murphy.

First looking at Selby and Bingham, Judd dismissed the idea that it would be a one-sided contest like Selby’s quarter-final in which he hammered Mark Williams 13-3.

‘It’s tough to predict, Stuart made an amazing break earlier in that decider,’ Trump said of Bingham’s epic 13-12 win over Anthony McGill in the last eight.

‘Mark Selby wasn’t really tested against Mark Williams, he didn’t put up much of a fight, he just kind of rolled over.

‘It’s hard to tell just how well he is actually playing.

‘Stuart’s someone who actually loves being back at the Crucible and being in the semi-finals, you can see how much it means to him so I think it will be a completely different game.’

Trump wouldn’t quite go far as predicting the second semi-final either, in fact he said it is a very difficult one to forecast as Murphy is not entirely reliable when it comes to his form.

The Magician was immense in the middle session of his win over Trump, but less so before and after.

‘Kyren and Shaun, I have no idea,’ said Judd. ‘It depends what Shaun turns up. If the middle session Shaun turns up it wouldn’t surprise me if he blows him away, but Kyren can put you out of your rhythm.

‘He [Kyren]’s a great player, great battler. He did what I needed to do against Neil [Robertson], just put him out of his rhythm, grinded him.

‘That’s what I should have done to Shaun, I think.’

On his own performance in defeat to Murphy, Trump admitted he lacked a bit of his trademark confidence and it cost him over the long contest.

The Ace fought back from 10-6 down to be level at 11-11, before Murphy found his footing again and powered to the finish line.

‘Disappointed in the end, I gave it my absolute all and overall I think Shaun was the better player.

‘At one point, I’ve been there before, he was gone. So disappointed not to take my chances but he came back well in the last couple of frames.’


MORE : Stuart Bingham knows what he has to do to beat Mark Selby at World Snooker Championship