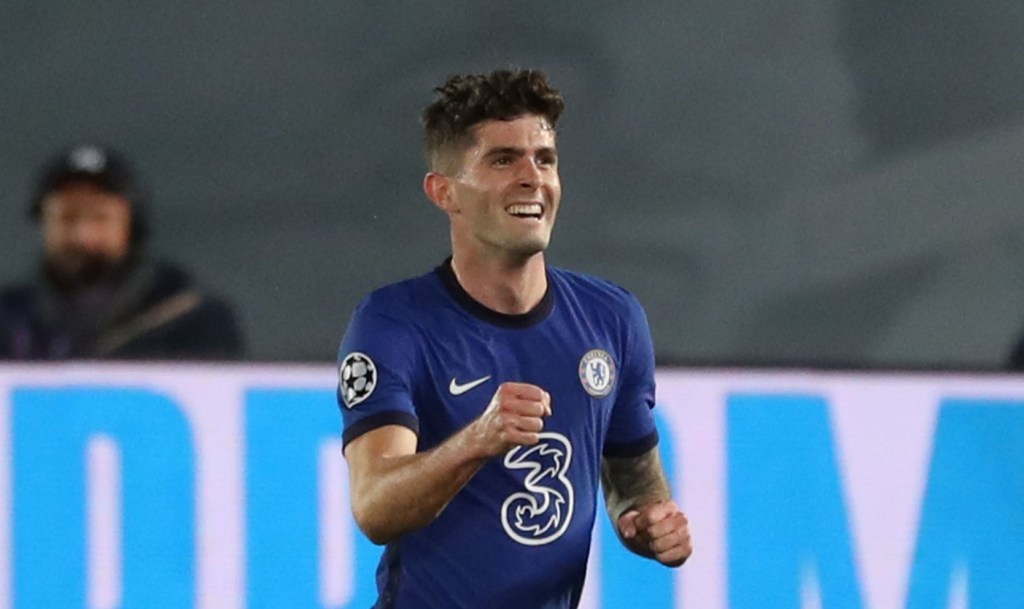 The United States international has endured an injury-hit season and has struggled to secure a regular role since Thomas Tuchel replaced Frank Lampard in January.

But Pulisic was handed a starting spot for the first leg of Chelsea’s Champions League semi-final tie against Real Madrid on Tuesday evening and the winger put his side ahead in the first half with an excellent individual effort.

Hazard, meanwhile, was Chelsea’s talisman before he left Stamford Bridge to join Madrid in 2019.

And Carragher feels that Pulisic will fall short of being able to replicate Hazard’s instrumental performances on a consistent basis for Chelsea.

‘I’m a big fan but I don’t think he’ll get to the level of Eden Hazard, apologies, he won’t,’ Carragher told CBS Sports.

‘This is not me knocking Pulisic, it might look that on social media after the show from certain people. But I think we forget how good Hazard was.

‘He was my favourite player in the Premier League and for Pulisic to get there and to light up a major tournament for the US will be difficult.

‘Yes, I think he can have a brilliant career and he has a lot of potential but I don’t see him getting to that level.’