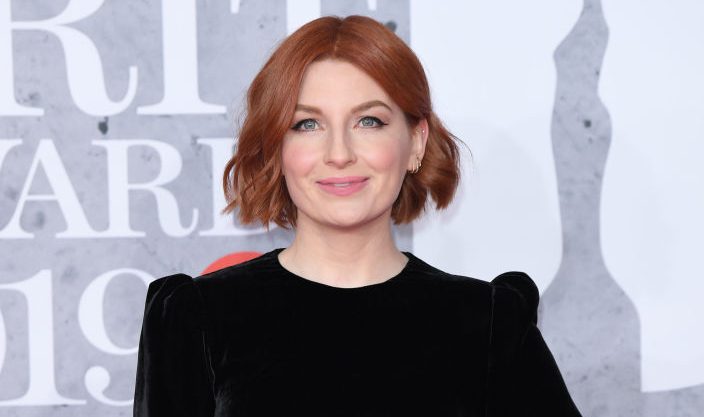 Not only has it spawned two sell-out tours and an HBO Special, it counts Lin-Manuel Miranda and Dame Emma Thompson among its famous fans.

Despite all the success it has already had the trio have got more up their sleeve that could take it beyond its current format.

Speaking to Metro.co.uk, Alice said: ‘The next thing we’re excited about is book six, but in terms of other things we’re doing the tour next year of real bucket list venues like Sydney Opera House. We really wanted to play Radio City Music Hall which was on our list before the pandemic.

The hosts had to take a break because of the pandemic, but when they met up again to record the new chapter after the gap it was like reuniting with family.

‘The joy of being back in the same vicinity of each other, you can’t replicate it,’ Alice said.

‘The way that we make each other laugh is unlike any other friendship I have. We just know how to push you push each other’s buttons good and bad, as well. It’s sort of like that kind of giddy thing that you have with your siblings.’

Each season will delve into the jaw-dropping scandals of the modern age that sent shockwaves through the UK and the world.

It gets off to a strong start as British Scandal explores the poisoning of Alexander Litvinenko in 2006, a Russian dissident who became the first person in the world to be killed by lethal drug polonium-210, sparking a diplomatic crisis.

As a true crime fan herself, Alice says the show covers the shocking and sometimes darkly humourous real world events in a ‘palatable’ way.

‘You’re getting an education by stealth,’ she explained, ‘that’s quite satisfying.

‘I think the thing that links all of the scandals that we will cover, is they’re all about power. Who has the power? Who wants the power? And how are people going to get hold of that power? You’ll enjoy this if you’re the kind of person who watches “based on a true story” production and the whole time you’ve got one eye on the screen, and one eye on your phone, because you’re going down a Wikipedia hole and you’re kind of doing your own investigation.

‘If those sort of things stay with you, and if you become a little bit obsessed with those stranger than fiction stories, that I think you’ll really love it.’

The radio presenter hoped she would have more time to draw and cook since leaving Radio 1 after nearly ten years in August 2020 but has been booked and busy since – although she welcomes her new hours.

She shared: ‘There was definitely a period where I thought “Oh it’s so nice to take a breath, but then also petrified because I worked at Radio 1 for so long that you’re suddenly like, “What have I done?”

‘I used to work weekends, so there’s that shift which has been novel after five years. It is kind of a working week more in line with my friends.’


MORE : ‘We compromise and communicate rather than have someone lead’: AB6IX on new album Mo’ Complete and the ‘circular relationship’ with fans