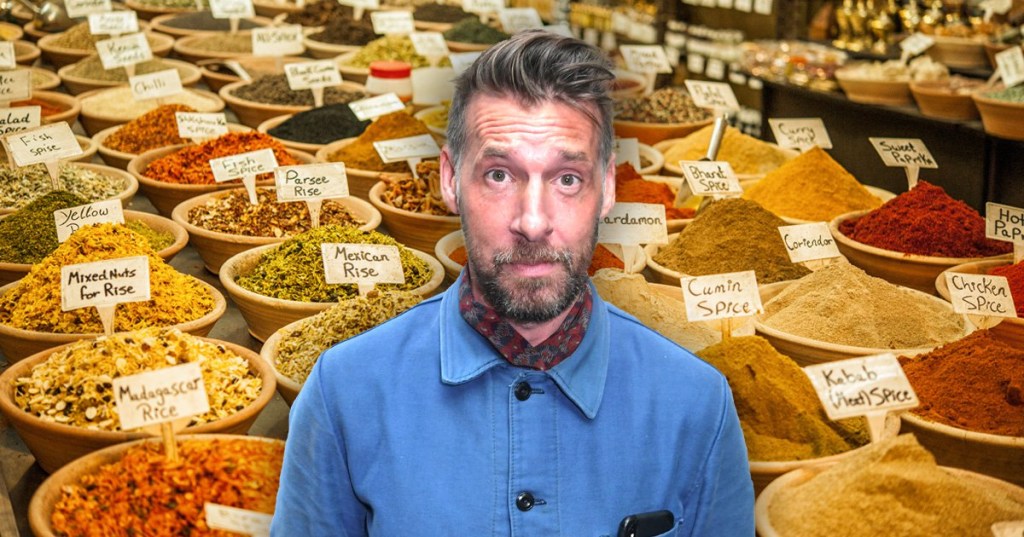 Line Of Duty actor and podcaster Craig Parkinson enjoys being on the road – whether that means going to exotic locations like Mumbai or closer to home in the Peak District.

He look back on some of this favourite travel experiences, including luxury hotels he couldn’t quite afford and getting upgraded.

Craig has also sampled some incredible food on his travels, including foodie Peak District drives, spice runs in Goa and the joys of andouillette.

For this week’s On The Road With, we chat with him all about his travels.

What’s your favourite on- the-road moment?

Last year I had a little break between jobs. I was rewatching The Trip with Steve Coogan and Rob Brydon so, as I love food and driving, I tried to recreate it around the Peak District.

I started in Alstonefield, popped into Derbyshire and Lancashire, and ended up in Cartmel. Michelin-starred chef Simon Rogan has two restaurants there, L’Enclume and Rogan & Co.

Cartmel is like something out of a beautiful piece of literature – suddenly you’re in a story. There’s a shop purely dedicated to sticky toffee pudding.

What have you ever taken from a hotel room?

The first time I stayed at Claridge’s, my then partner and I didn’t have a lot of money. We lived in a tiny one-bedroom flat in Camden so we were going there for an occasion.

At check-in the receptionist said, ‘We’d like to upgrade you.’ It felt like winning the lottery. The suite was larger than our flat.

We were trying to be really cool but inside we were like giddy children. The robes were so soft and there was a big bowl of fruit and a bottle of champagne.

I wanted to take everything but the robes were about £50. I couldn’t afford that at the time.

What is the best souvenir you’ve come home with?

I was very lucky to be filming a movie in Goa in January one year. They said, ‘Do you want a hotel or would you like to stay in a hut on the beach with electricity and a shower?’

I chose the latter. Every morning I’d open the door and just run into the sea. It was the best start to any day ever – sometimes you take jobs for the experiences.

Because I love cooking I managed to find out when the next spice market was. At home we buy little pots of spice.

Over there it’s carrier bags full to the brim. I got all these Kashmiri chillis, turmeric, cinnamon… I had to buy another suitcase to fit them in.

What’s been your most life-changing travelling experience?

I went to Mumbai with the Complicité theatre company. As soon as I landed, I felt joy and sadness at the same time.

Mumbai doesn’t stop – the sounds, the smells, the energy of the place – but what I found really difficult to comprehend was the rich and poor literally living side by side.

One night me and my friend Ajay saw these men somehow cooking kebabs on the engine of a car.

The sauce we tried was so hot that Ajay had smoke coming out of his ears but there was something quite romantic about it. That trip changed my whole outlook on India.

I was lucky enough to live in Penang in Malaysia for six months, filming Indian Summers for Channel 4.

I was watching Anthony Bourdain’s documentaries and he shows a very famous Singapore dish, Hainanese chicken rice, so we popped over there to find it.

It’s a bit like trying to find the best pizza in New York but we did. We sat down with bowls of the softest, juiciest poached chicken with white fluffy rice and this incredibly intense and complex chilli sauce. It was the best simple food ever.

And the worst meal?

Touring in France with the genius director of Complicité, Simon McBurney, he told me to try an andouillette, which is an offal sausage. When I was younger I worked in a butcher’s in Lancashire so I thought, ‘This will be great.’

When it arrived the casing was transparent and I could see into this large grey sausage. As soon as I cut into it, the smell hit my nostrils – it was a mixture of drains and urine.

It was truly horrendous but I thought, I’m going to have to try it. It was one of the foulest experiences of my life.

Where are you hoping to travel next?

San Sebastián. I watched a BBC documentary with my little boy, who was fascinated by it. It’s all about the food over there. There’s a very unassuming rustic bar with the best tortilla in San Sebastián.

The guy only makes two or three tortillas every morning – once it’s gone, it’s gone. You go in, he writes your name down on a scrap of paper and you’re only allowed two slices per person. My son said, ‘We need to go there.’

Listen to Craig’s The Two Shot Podcast and BBC Sounds’ Obsessed With… Line Of Duty.

Get in touch at metrolifestyleteam@metro.co.uk.

MORE : Travel trends we’ll see as we come out of lockdown – from wellness trips to ‘voluntourism’