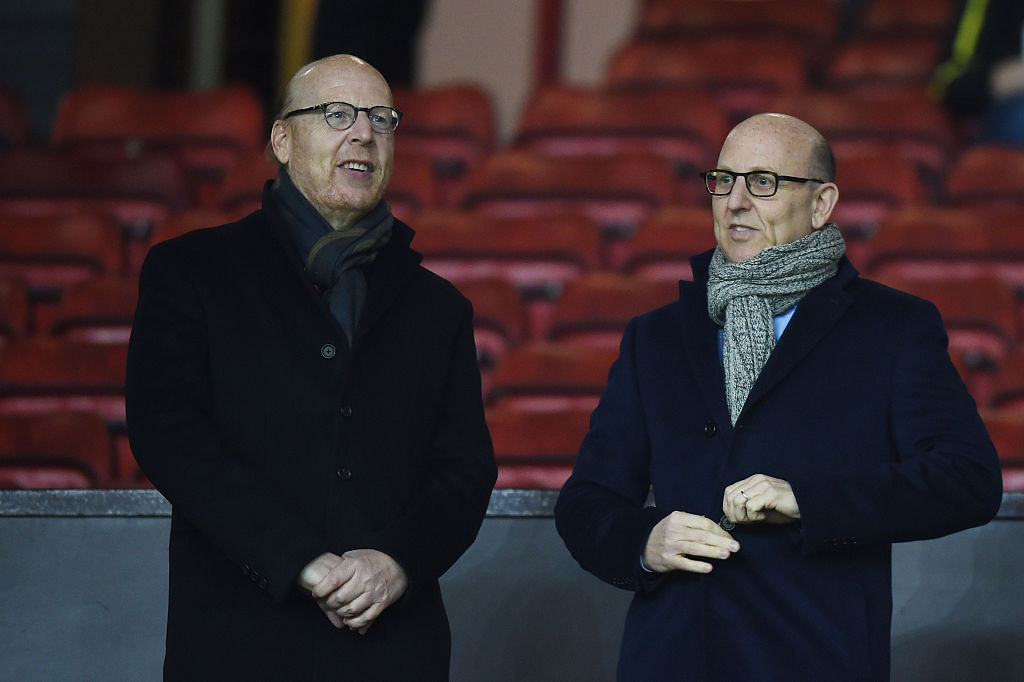 The Glazers would want a huge £4billion in order to sell Manchester United, according to reports.

The American owners, who bought the club for £790million in 2005, have come under increased scrutiny from fans over the past week following United’s involvement in the European Super League plot.

United were one of the 12 clubs who signed up for the proposed breakaway competition which aimed to rival the UEFA Champions League, but after widespread backlash from supporters, pundits and politicians, all ‘big six’ Premier League clubs withdrew their support.

Red Devils co-chairman, Joel Glazer, penned an open letter to United supporters to apologise for the club’s actions as he vowed to build bridges between the ownership and the fanbase.

But some supporters blocked the entrances to the club’s Carrington training base on Thursday and on Saturday, plenty more turned up at Old Trafford to demand the Glazers to sell up – although they have consistently reiterated that they are in it for the long-term.

In order for them to walk away, though, a bid of around £4bn would tempt the Florida-based family, according to the Mirror.

The Mirror report that figure is what the Glazers would’ve expected to earn if the Super League project had gone ahead, and they feel it’s fair due to the club’s ‘unique heritage’ and ‘commercial pulling power’.

On Tuesday, shortly before the collapse of the Super League, it was announced that Ed Woodward will step down from his role as United’s executive vice-chairman at the end of the year.

But United legend Gary Neville, a fierce critic of the ESL, feels that Woodward is just the ‘trunk of the tree’ and wants the Glazers out next.

‘Ed Woodward is the trunk of the tree, we now need to go for the roots,’ Neville said on Tuesday night.

‘While they were sat at the club never making a statement, never showing their hands, never doing media conferences, yes they were taking money out of the club, yes they’ve leveraged against the club, there’s nothing we can do about that once the club became a PLC.

‘They attacked every single football fan in this country with what they did.

‘The Glazers have no place in Manchester anymore.’