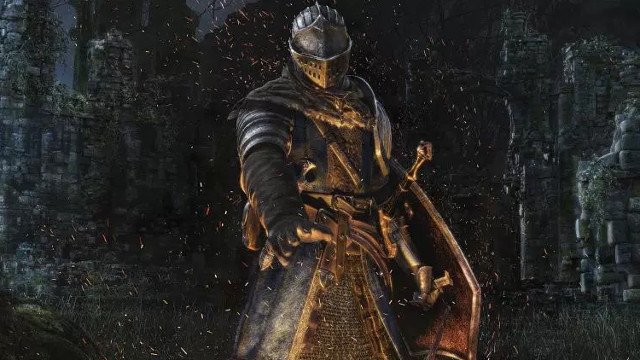 A reader is frustrated by the standards of discourse amongst video game fans and calls out three arguments he finds especially tiring.

As someone who has started to become more obsessed with video games, rather than just having a passing interest, I’ve started to read a lot more gaming content online.

And my lord some views that people have either grate on me or straight up make me despair.

I thought I’d use this opportunity to vent and share some of my grievances.

So you’re stuck on a game and want some advice on how to proceed, the response? Git Good. Thanks for that sound advice. I kind of get it. Sometimes it takes hard work and perseverance and there are no shortcuts. But the phrase ‘Git Good’ I think is part of a bigger issue in regards to accessibility.

Take for example, Dark Souls and other games of this ilk. I’ve been considering playing Bloodborne for a while and now it’s on the PS Plus Collection I may do so. But I am slightly put off by the perceived difficulty of it. I don’t have loads of spare time and have a fair backlog, so usually play games at a lower difficulty level so I can play more games this way. I do wish these types of games had difficulty settings. I do understand though that perhaps the game might just not be for me.

What does slightly annoy me is this notion that somehow every game needs to be Dark Souls. Some sections of the gaming community seem to suggest that you’re not playing a game the right way unless you are playing on the hardest setting and you are less entitled to an opinion unless you do so. And, of course, there’s the humble brag, ‘I actually found the game too easy’. Good for you, though I imagine this has less to do with some kind of god given talent and more with an abundance of free time.

I accept though that not everyone will enjoy every type of game, but what really annoys me is some of the comments I have seen ridiculing accessibility options. Though in the minority I’ve seen some piling into the myriad of options on The Last Of Us Part 2, which as far as I’m aware has set a new benchmark for players who may have a some type of handicap or disability.

One particular person suggested that these accessibility options shouldn’t exist and that anybody with a physical impairment should basically just learn to live with it. In my opinion this is massively wrong. Not every type of game will be enjoyed universally but where possible games should be as accessible as possible.

One thing I can’t fathom is the abuse gaming journalists get, especially, for some reason, IGN. I’m probably out of the loop and perhaps there is some genuine valid reason for the distrust people have for IGN in particular, however my point is on the general vitriol directed towards reviewers in general.

Some of the criticism I have seen relates somewhat to my previous points relating to difficulty settings, namely that the reviewer couldn’t possibly make an informed decision on a certain game because he/she only played at a lower difficulty level. I imagine that individuals who review games as a job have an innate ability to play video games at a reasonable level, due to the nature of their work, but it’s frankly a bit silly to expect them to dedicate themselves to mastering one specific game they’re reviewing when they have deadlines to meet.

Linking into this is also the notion that reviewers need to play a game to 100% completion before making any kind of critical judgement. This again, in my view, is daft. Games aren’t like other media such as books, TV, and film. You can’t, generally speaking, finish one in a day or sometimes even a week. In my view, unless it is a game that relies heavily on its narrative, I would argue it might not even be even be necessary to finish the main quest, providing the reviewer has played a significant portion of the game.

Expecting a game to be played until 100% competition, including all side content, is a bit like expecting a film critic to watch the film and the director’s commentary and all the DVD extras.

I think this all stems from the fact that some gamers need validation of their own likes and dislikes. Reviewers aren’t perfect, sometimes they get it wrong. I’m sure even at GameCentral there’s times when you’ve thought what the hell was he/she thinking or looked back on your own reviews and have since changed your opinion.

People have differing opinions but certain people, instead of accepting this fact, believe mainstream reviewers are somehow receiving backhanders from EA, Sony, and the like; handily ignoring numerous negative reviews that contradict this logic when, if anything, YouTubers and smaller streaming sites are probably more susceptible to outside interference, in their search for subscribers.

In my view though, the majority of the time, reviewers are pretty consistent and (mostly) hit the nail on the head when it comes to their judgement.

This is the phrase that really gets my goat. You can have pretty much anything in a video game. Monsters, robots, aliens, you name it. But have a black or ethnic minority character, or a woman, and all hell breaks loose. Challenge these out-of-date views though and they’ll find any excuse why a certain character shouldn’t be in the game. ‘It’s not historically accurate’ according to Battlefield fans.

Well, actually, black soldiers were involved in the world wars, and women too. Read a book. And you didn’t seem to be moaning about accuracy when it comes to weapons that probably didn’t exist at the time.

I’ve also seen comments that the lesbian sex scene in The Last Of Us Part 2, despite it being the most PG thing ever, was ‘gratuitous’. Funny enough though I’ve not seen anybody complaining about far more explicit scenes in games with a male character, such as The Witcher 3. I mean, no one ever complains that a straight character is ‘too straight’ or that having a white character is ‘pushing an agenda’.

And don’t get me started on females in video games. Usually people who complain about a female video game character will then give ridiculous examples of games they liked to somehow prove they aren’t sexist. As if enjoying Dead Or Alive or liking Quiet from Metal Gear Solid 5 makes them feminists.

Frankly, I hope putting female, black or LBGTQ people as prominent characters in games is part of an agenda, until such a time that these characters are treated the same way that straight white male characters are now, where they can be judged on merit rather than subject to lazy remarks like ‘SJW’ and ‘go woke, go broke’.

As a straight white male myself, you might not think it matters to me but I know representation is important and not only that but more varied and diverse viewpoints makes for more interesting storytelling.

So there you have it, my three main grievances I have when reading online comments. My other annoyance though is myself. Why the hell do I get wound up by this nonsense? I’m a fully grown person. In my job as nurse I at times get verbal abuse, threats of violence, and very occasionally actual violence yet will get potentially more irritated by some idiot in a comments section. Thank you once again GameCentral, for acting as therapy to a 30-something man child who should learn to stay away from social media and YouTube comments.


MORE : The Last Of Us PS5 remake in development as developers complain of Sony ‘obsession’ with blockbusters


MORE : The Last Of Us Part 2 gets 13 BAFTA nominations as Sony dominates awards