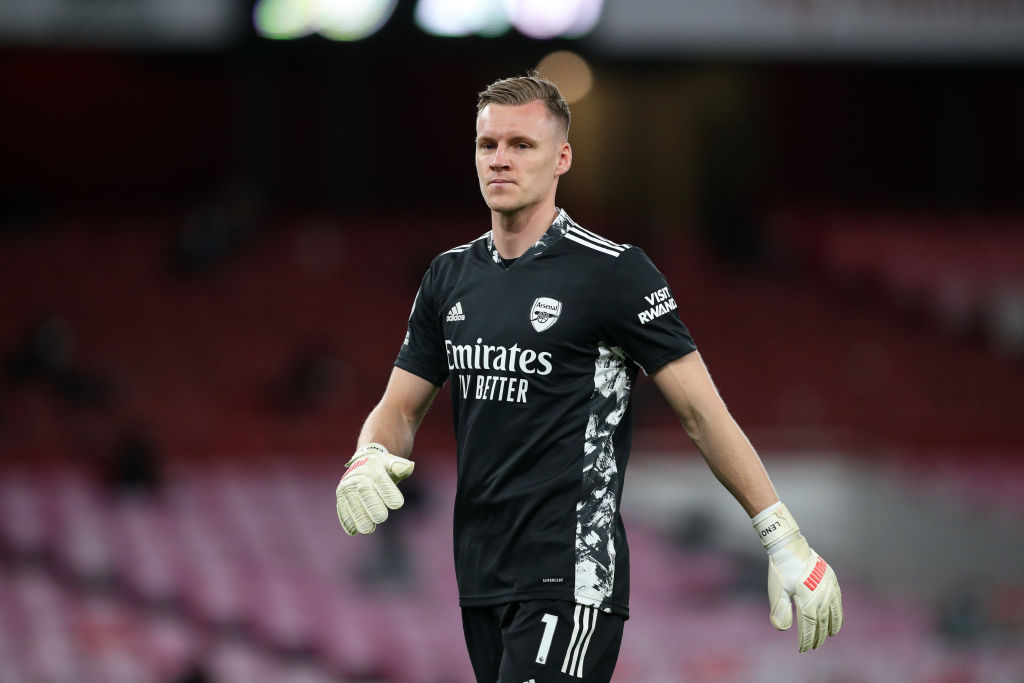 Mikel Arteta insisted that mistakes are just a part of football when quizzed on Bernd Leno’s own goal which condemned Arsenal to a 1-0 defeat against Everton at the Emirates on Friday.

Arsenal were awarded a penalty in the second half when Richarlison caught Dani Ceballos in the box, but upon a VAR review, the decision was reversed after Nicolas Pepe was adjudged to have marginally strayed offside in the build-up.

Everton took the lead on 76 minutes when Richarlison’s tame cross was fumbled by Leno across the line, as the Gunners slipped to defeat in the Premier League for the 13th time this season.

But speaking in his post-match press conference, Arteta refused to put the blame on his goalkeeper despite his costly error.

When asked about his goalkeeping situation and whether he had spoken to Leno follow his mistake, Arteta said: ‘No. I think we have two really good goalkeepers.

‘Mat [Ryan] got a chance [against Fulham] because he deserves it. I said before the game that he’d been training really really well and Bernd is our number one keeper and he’s been doing well and errors are part of football.

‘I said that we lost the game for different reasons.

‘Again, that error, I make many mistakes and everybody that is involved in any sport will make mistakes and it’s part of it, unfortunately.’

Atletico Madrid’s Saul Niguez hails Arsenal star: ‘He can be one of the best in the world’

Arteta also took aim at VAR and admitted that he ‘had enough’ after his side’s overturned penalty in the defeat to Everton.

‘It is building up and enough is enough, and today, to be fair, I had enough,’ he added.

‘We have had many of them, and no one explains. When they explain, they say, “sorry, it was a mistake” but unfortunately it is affecting a lot of people, and it is affecting our job and most importantly our football club.’