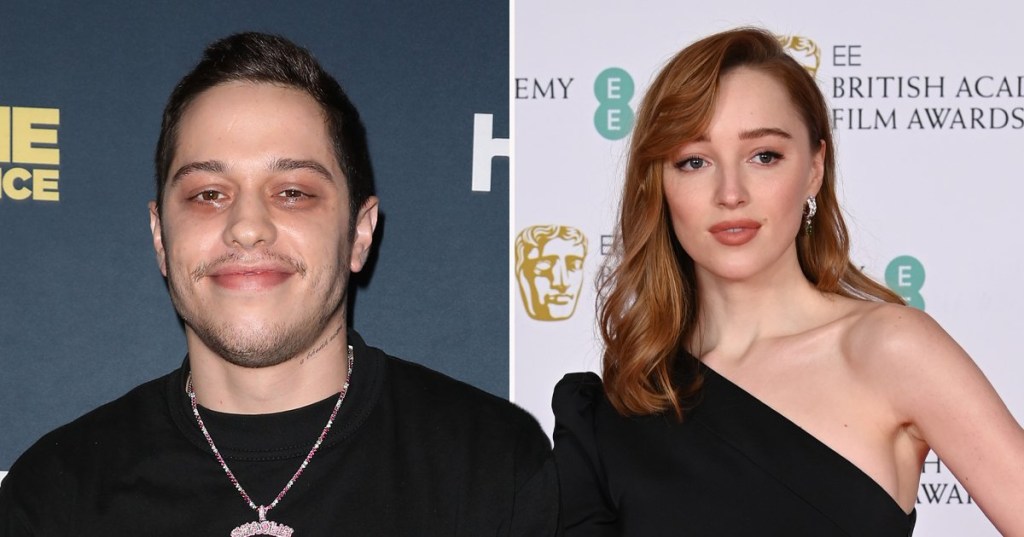 Pete Davidson and Phoebe Dynevor’s rumoured relationship is reportedly getting serious, with the comic and actress described as ‘really into each other’.

The pair haven’t confirmed any of the reports that they’re dating but a source has told People that they’re are ‘really into each other’.

They added: ‘Pete is telling friends he’s serious about her.’

Speculation has been swirling since the Saturday Night Live star was seen visiting Phoebe’s native Manchester.

Although Pete, 27, wasn’t pictured with the Bridgerton star, she currently lives in Manchester, where her mother, Sally Dynevor, films Coronation Street.

More recently, the pair were thought to have sported matching necklaces.

According to E! Online, Bridgerton star Phoebe, 26, took part in a recent Q&A on Zoom and was seen wearing a necklace with a small symbol that appears to be ‘PD’ on the end of it.

In Pete’s appearance on American chat show The Tonight Show Starring Jimmy Fallon earlier this month, he also had on a necklace with a pendant of the same two letters – both of their initials.

A source told The Sun that the accessory is a ‘romantic gesture’ from Pete to Phoebe as the pair are currently apart.The comedian reportedly wants to show his rumoured new love interest ‘how much she means to him’.

Metro.co.uk has contacted reps for Phoebe Dynevor and Pete Davidson for comment.