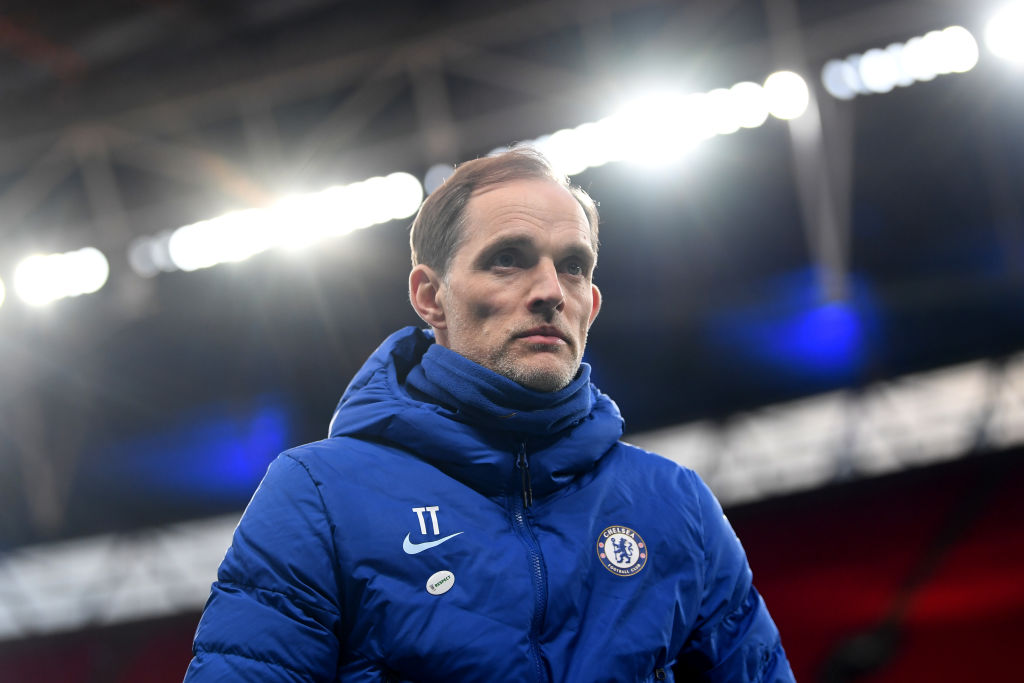 Chelsea manager Thomas Tuchel has defended the owners of the Premier League’s ‘big six’ over their attempt to create the European Super League and insists they do care about the spirit of competition.

Chelsea were playing as the news of the Super League’s looming collapse filtered through, only managing a goalless draw against Brighton at Stamford Bridge, but Tuchel was keen for fans to be forgiving towards the owners who signed up to the breakaway league.

Asked if the owners of the ‘big six’ must now accept the need for competition and integrity in football, Tuchel replied: ‘I think that the owners and the presidents or the people responsible in the clubs know this.

‘I cannot think anything else other than they love competitions because they like to win big trophies and they have a passion for football.

‘Look at the owners here in your league, the Premier League, what they invest, what teams they built, what clubs they built – this is the most competitive league in the world and this is also because of the owners to build such strong clubs and strong teams, so don’t forget it.

‘I did not have any details and that clearly does not feel good as a coach when you are asked all the time about it. That’s why I can only repeat that I am not the right person to talk about it because I have not read one page of this idea.

Ask how it feels to hear about the looming collapse of the Super League, Tuchel added: ‘I don’t think I have to prove to you to be honest that I’m passionate about this game and this is clear.

‘Everybody who works in this club – me, myself and my team – we love this game and we love the competition.

‘Honestly, the last two hours I did not think one second about Super League and then all the questions come up again right after the game.

‘I was totally into the match and now I’m more disappointed that we didn’t have our best day and didn’t deserve to win than about any other subject, including Super League. I’m just coming from the dressing room and we were not talking about that, we were talking about the game 100%.’