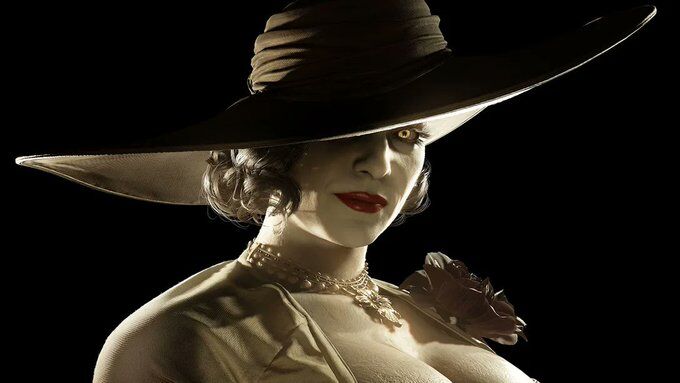 The Tuesday Inbox wonders if the PS5’s early lead could end up hurting it in the long run, as one reader feels sorry for Sony Bend.

No sure thing
I imagine that Days Gone writer is already regretting saying what he did but I think it’s worth emphasising just what a thoughtless comment it was, suggesting people had a moral imperative to buy games at full price in order to support companies. And for a Sony game at that, not some two-man indie studio!

The only consideration I have when buying a game is how cheaply I can buy it, relatively to how soon I want to play it. Now, if it’s a big name sequel to something I’ve enjoyed, that’s got good reviews, then maybe I will buy it at full price. More probably I’ll wait a couple of months to save a tenner or two but there are exceptions (maybe Resident Evil Village, especially as it’s been so long since a big game came out).

If it’s not a favourite though, and especially if it’s a brand new IP, I’ll be very cautious as I have no idea what I’m getting. Or, in this case, everything suggested that Days Gone is a sub-par use of the Sony formula and absolutely not worth full price. For this guy to say we should be throwing money at them, before we have any idea if we like their game or not, is just madness. I don’t know how much money he makes but I don’t get enough to be wasting money on something that seems the very opposite of a sure thing.
Lopert

Scary cheese
Everything about Resident Evil is sounding really good at the moment, but I have to agree with GC’s concerns about the lack of cheese. It’s one of the fundamental ingredients of Resident Evil and it’s a difficult thing to get right, especially as most of the time Capcom don’t seem to have intended it at all.

Village has these wacky characters but apparently the story is still being taken seriously, so I don’t know. It’s nowhere near enough to put me off buying it but have a 100% serious Resident Evil makes no sense to me. Especially as one of the great things about the old games is how it could be silly and cheesy and still be genuinely scary. Like, that was one of the magical things about it being a video game.

You can have cheesy horror movies but they’re never actually scary as well, but Resi somehow was and often within a space of a few minutes. Although to be honest I’m more worried about the Resident Evil 4 remake. If they try and take that nonsense seriously it will be an absolute disaster.
Gordo

Early lead
So the PlayStation 5 is the fastest selling console ever in the US? As short-sighted as it is you can see why Sony think they’re doing things right and don’t need to explain themselves to anyone. Likewise, you can see why Microsoft are convinced they need to play by very different rules to get ahead now.

It’s ironic, but the success of the PlayStation 5 could be the worst thing for Sony at the moment. They’re now in danger of thinking they’ve got everything covered and when Microsoft’s plan kicks into top gear in a year or two I think there’s a real danger there’ll be caught with their pants down.

Could they still push through and win the generation anyway? Sure. But I don’t think a plan B would hurt at this point and at least some kind of public sign that they’re going to address things like Game Pass with their own rivals.
Kongestia

Sick of Resident Evil
So, after playing the Maiden demo and being impressed, I was really looking forward to this past weekend’s demo.

Unfortunately, all it made me do is want to vomit. I’ve not felt as sick as I did on Sunday since playing Alien Trilogy on the PS1. No other games have made me feel like this, although I’ve not tried VR in any form other than a box for my phone. Anyone else have motion sickness from flat screen games?
StickyUK
Currently playing: Astro’s Playroom and Black Mesa

GC: It’s not as rare as you’d think, although it’s odd that the Maiden demo didn’t affect you the same way.

Senseless violence
I’m loving this resurrection of the scrolling beat ‘em-up at the moment, that new Teenage Mutant Ninja Turtles game looks amazingly on point and I am here for it.

I hope they do The Simpsons and X-Men next, both of which I believe are also Konami games. After the disappointment over things like Avengers and Ultimate Marvel Alliance I feel that these games are much purer representation of what they’re trying to be: dumb, button-mashing comfort food with your favourite characters.

The Simpsons might be difficult because I think, as a reader suggested recently, EA still has the licence but Marvel could give theirs out to anyone they like. If I were them I’d sign Dotemu up on the spot and let the senseless violence commence!
Iron Guy

Inconsistent ideas
The interview of the artist who worked on F-Zero GX and said it needs a ‘grand new idea’ for Nintendo to bring it back or, worse, Miyamoto’s comments on ‘What are you missing that we haven’t done yet?’ is just infuriating as an F-Zero fan. Arguably more than any other Nintendo game, no grand idea is needed, what we want is HD graphics and new tracks but keeping the tight controls and tough difficulty of GX.

These comments make no sense either. Where was the new ideas for the latest Donkey Kong Country or New Super Mario Bros. games? Not to mention Pokémon which has effectively been the same game every time since Red and Blue. But these games were mostly well received because they are good at what they do. In fact, shoehorning in the new idea of the second screen was at the detriment of Star Fox Zero, the game would probably have been better and sold more if it had normal controls.

The reason F-Zero hasn’t had a sequel is of course because GX didn’t sell very well. I just wish they’d say that upfront. Oh well, at least we have Fast Racing Neo/RMX!
Barry

Final designation
So when we’re talking about current gen and last gen which is the Nintendo Switch? It’s last gen technology but it’s definitely still an active format and probably will be for many years to come, much longer than the Xbox One and PlayStation 4.

And what happens if the Switch Pro is much more powerful, will that count as current gen/a different format?
Hobbie

GC: We’d consider the current Switch to be last gen but it doesn’t really matter when we don’t know if there’ll ever be another next gen again.

Games Inbox: When will Bethesda release The Elder Scrolls 6?

‘If you love a game, buy it at f***ing full price’, says Days Gone writer

Asking too much
I empathise with the Sony Bend team, as it must be frustrating and disappointing to be denied the opportunity to develop a sequel to a game you’re proud of.

However, I feel that the creative director’s response to this doesn’t hold up to reason. This is in relation to him declaring you should buy a game at full price, if you love it, to support the game.

If you love a developer’s previous work, then I could go along with this. For example, I can imagine a lot of people will make day one purchases of whatever Supergiant Games produces next because they’ve got a series of acclaimed hits. Although I wouldn’t necessarily say this is a wise thing to do (look at Cyberpunk 2077).

In general, I think it’s asking a lot of people that they should be expected to buy a game at full price because they love the game. I mean, if you haven’t played the game then you don’t know if you’ll love it or not, so his point just doesn’t make sense.

It’s why people read reviews, to see whether the game sounds up their street and is well-made, interesting, or exciting. If the game reviews as mediocre, as did Day’s Gone, then people are going to wait until it has dropped in price before trying it. As frustrating as that must be for the developer, that’s just how the world works.
Hubert

Inbox also-rans
I’m now wondering where anyone at Nintendo got the idea for Bowser’s name? Were they just picking random names out of a phonebook? Were we lucky that the King of the Koopas didn’t end up being called Smith or Mainwaring? The mind boggles.
Kent

I have to say I find it fascinating how bad Amazon and Google are at trying to be games company. Even all Microsoft’s money guaranteed them nothing but these two starting from scratch seem absolutely clueless. Money before experience I guess.
Samulate

This week’s Hot Topic
The subject for this weekend’s Inbox was suggested by reader 84Colbat, who asks what single-player game have you spent the most time on?

Whether it’s because of replaying the same game multiple times, rebuying it when it’s re-released on new formats, or simply playing the same save for a long while, what primarily single-player game have you spent the most time on over the years?

Is it unusual for you to spend so long with a single game and what do you feel is the minimum amount of time a full price single-player game should last to be value for money?