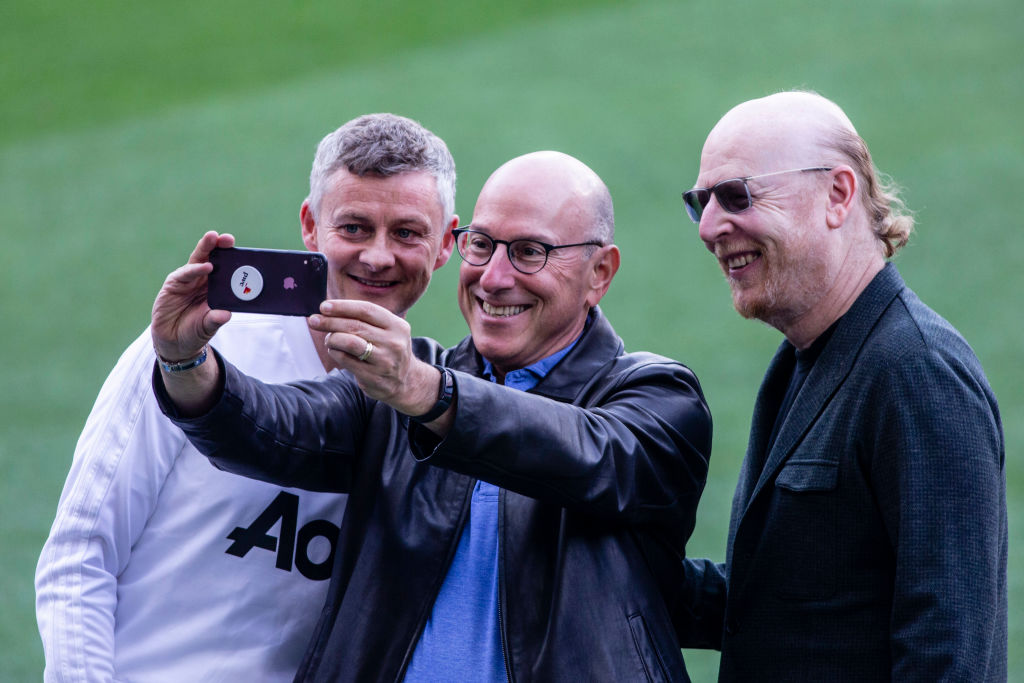 Manchester United’s Co-Chairman Joel Glazer claims the new Super League will ‘open a new chapter for European football’ after the Red Devils became one of 12 founding members of the new breakaway league.

After speculation and rumours had swirled throughout Sunday, the group of renegade European giants confirmed in a statement late in the evening that they had created a new competition to rival the Champions League.

‘Twelve of Europe’s leading football clubs have today come together to announce they have agreed to establish a new mid-week competition, the Super League,’ read a statement.

But the Premier League and the FA – along with Spain and Italy’s governing bodies – have threatened to ban the Super League founders from domestic competition should they pursue their breakaway plans.

United’s owners, the Glazers, were believed to be one of the driving forces behind the Super League, which will see all 12 founding clubs share £3billion immediately.

Despite the potential sanctions that could be imposed on the Premier League’s breakaway ‘big six’, which even saw UK Prime Minister Boris Johnson wade into the debate, United chief Joel Glazer has defended the new competition and believes it is a big step forward.

‘By bringing together the world’s greatest clubs and players to play each other throughout the season, the Super League will open a new chapter for European football,’ said the United owner, who has been appointed Vice-Chairman of the Super League.

‘[It will] ensure world-class competition and facilities, and increased financial support for the wider football pyramid.’

United confirmed their participation in the Super League on their official channels, sharing the joint-statement which was made on behalf of all 12 founding clubs.

The decision goes against United legend Sir Alex Ferguson’s view on a new European Super League, with the Scot having released a statement saying he was totally against the competition.

Juventus chief Andrea Agnelli, meanwhile, has resigned from his position as president of the European Club Association and walked away from his seat on the Uefa Executive Committee, with Juve also leaving the ECA.

Speaking about the new Super League, Agnelli – who has also been appointed Vice-Chairman – said: ‘Our 12 Founder clubs represent billions of fans across the globe and 99 European trophies.

‘We have come together at this critical moment, enabling European competition to be transformed, putting the game we love on a sustainable footing for the long-term future, substantially increasing solidarity, and giving fans and amateur players a regular flow of headline fixtures that will feed their passion for the game while providing them with engaging role models.’