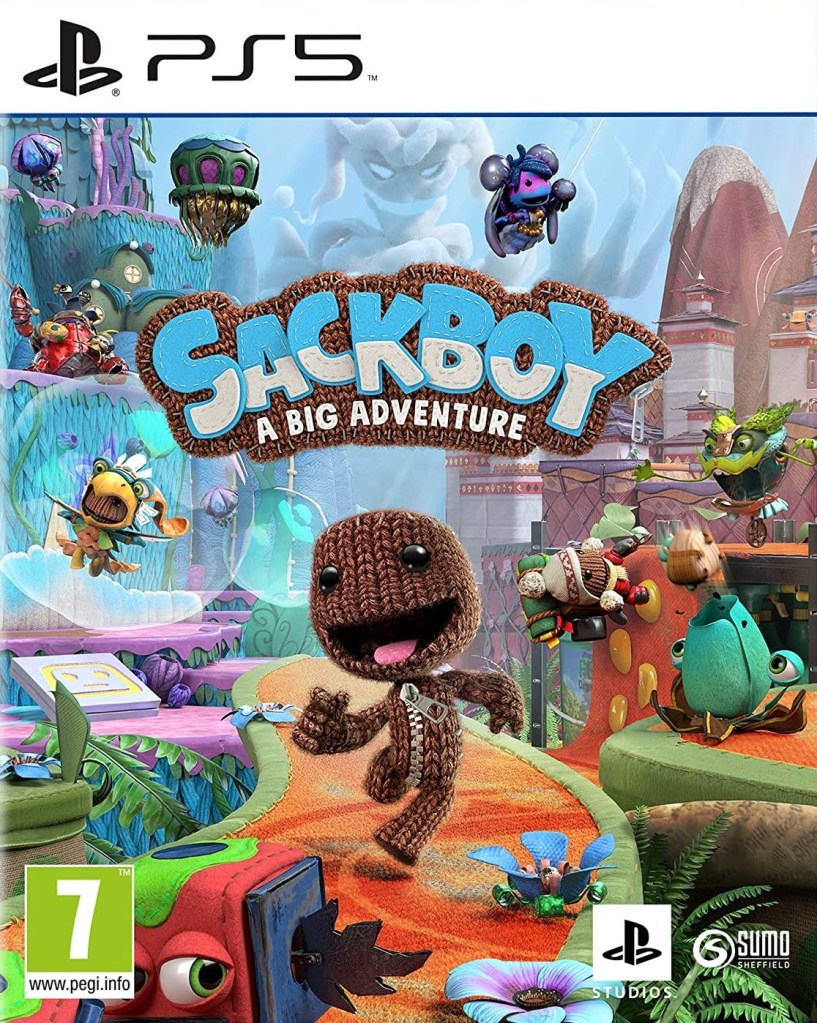 Readers reveal the last time they bought a physical copy of a game, as opposed to digital, and for some that means going back quite a while.

The subject for this week’s Hot Topic was suggested by reader Grant and asked whether the last boxed copy of a game you bought was brand new or second-hand? Why did you buy it physically instead of a digital version and is that your usual reasoning?

Most readers admitted that because of the convenience, and increasingly the price, they buy the majority of their games digitally now, although interestingly many didn’t realise quite how much until replying to this Hot Topic.

Recent purchase
The last game I bought physically was Sackboy: A Big Adventure for PlayStation 5. I bought it second-hand from a well known high street retailer for 1/3 less than the digital cost and when finished in a couple of weeks time I will sell it back to them – all in all, it will cost me about £15. This is compared to the £60 it would cost to buy digitally.

If there’s a game I know I will play long term, then I would buy it digitally, e.g. the new Gran Turismo. However, for short-ish single-player games, I find it crazy that people are abandoning physical disks for digital options. OK, it’s a mild pain to have to get up to swap disks out occasionally, but over the lifetime of my PlayStation 4, I saved many hundreds of pounds by buying and reselling physical disks.

I appreciate I am in an ever-reducing minority, but it will be a sad day for me when I can’t buy physical any longer.
Antony, London

No future
Last physical game I bought was Doom: The Classics Collection on Switch, though it’s a pre-order so it’ll be a while till it arrives.

I bought it physically because that’s how I prefer my games. The collection has been available digitally for quite a while. I buy pretty much all my console games physically – I only go digital when it’s very clear that the game will never come out physically. This is entirely preference based, as I worry about the storage dying in 10 years and the digital store no longer existing to redownload from. I don’t mind buying from GOG.com as they offer offline installers, and then it’s just down to me to back them up to multiple locations and never need worry about the store going down.

The decline of physical copies is quite worrying to me, especially as it coincides with it becoming harder to preserve games. I’m an avid retrogamer and it worries me that I might not be able to go back to these games in 20-30 years time, like I do with my NES or Mega Drive games. I only buy limited editions if there’s something interesting in them, like a CD soundtrack not otherwise available. Most limited editions are full of uninteresting tat that just clogs up your home, like that recent Monkey Island one that Limited Run Games did.
Lord Darkstorm

Pity about the manuals
Hmmm…. Last game I bought a physical copy of? As I haven’t owned a console since the Wii/PlayStation 2 and have PC gamed ever since, that is actually a really tough question to answer! Now I know I bought Bioshock because It came in a nice tin – so that was what? 2007? I know I have either Grid or Grid: Autosport as a hard copy, so that’s 2008 or 2014 (I’m not going to the loft to check) so it’s been at least seven years, maybe 13.

The thing is, I’m really not that fussed about the physical copy.

I remember when games used to come in double-sized cassette boxes for full priced games (£8-£10 a pop) and single cassette boxes for Codemasters and the other budget games (£1.99 a pop). Then the advent of the 16-bit era and getting a couple of discs in a huge box. I swear, they looked about the size of a ream of paper (OK I exaggerate but not by much!) that you then had to store somewhere (I guess packaging waste was an irrelevance then).

Fortunately, things calmed down with the move to CD. But other than the lack of manuals, for me I’m happy to download, and tutorial levels mean manuals are pretty irrelevant anyway. Games on PC are pretty cheap and I already have more than I can actually play, let alone store!

I do get why some people like a physical game though, I guess now it’s a bit like whether you buy a record or stream it.
The Dude Abides

Surprise revelation
I can’t remember the last game I bought physically, for myself. Without realising it until writing this, I tend to buy the majority of my games digitally.

I’m very lucky to have close family that are willing to buy a game for a birthday or Christmas present for me, so I have a collection of physical games but not ones I’ve bought myself. With not having a huge amount of time to game each week (I’d say two, maybe three, sessions of up to three hours), these presents give me a backlog of games to get stuck into, so I am always willing to wait to get new games until they’re on sale.

Because of this, I’m usually able to get good deals in the regular PlayStation Store or Nintendo eShop sales. I will still buy physically if I see a good deal, or if I’m buying a present for someone else, but physical games are rarely reduced to the same level as digital counterparts, from my experience.

So I would say that cost is my main reason for mostly buying games digitally (but well outside their launch windows).

Another reason is that I’m playing a greater number of indie games that don’t have physical copies available. I’m currently playing through Outer Wilds and have Hades lined up next, neither of which had a physical copy available when I bought them (I believe Hades has a physical release now, but I bought it a while back, and am unsure if Outer Wilds was released physically).
Hubert

GC: It did, but only via Limited Run.

Tipping point
I honestly can’t remember when I bought a physical copy of a game. I’m not some evangelist for digital downloads but I think they are now just about superior to physical, although it’s a close run thing.

The biggest obvious problem is that they’re too expensive on day one but nowadays you’re a fool to buy anything day one, as far as I’m concerned, because it never works properly anyway. But digital sales have got a lot, lot better in recent years and as long as you’re a little patient you can get some deals that are often better even than in shops.

The other issue is you can’t trade in, obviously, but I find that is balanced out by sharing costs with a friend via Game Share. It’s a very welcome feature and when you add in the convenience of not having to store games on a shelf any more or swap disks I’m pretty much 100% digital now.
Radagast

Ultimate exception
This is a good question because I’m honestly not sure, which goes to prove just how much digital has taken over from physical nowadays. I’m pretty sure though that it’s Super Smash Bros. Ultimate. I tend to buy more physical on Switch than other formats because of the console’s limited storage.

Smash is a big game but it’s also one you want to play all the time and at a moment’s notice, so I don’t want to constantly be downloading and deleting. If that weren’t an issue though I think I’d be at 95% digital by this point.
Oblast

Where are all the Jonesy locations in Fortnite?

Next gen discount
The last physical copy of a game I bought was the Demon’s Souls remake on PlayStation 5. I bought it in mid-January before I was even able to order the console because stacked promotions at Curry’s meant it only cost £50.

That was a key factor in my decision to buy the physical version and, given the game was less than two months old at the time, it bodes well for being able to get hold of PlayStation 5 exclusives for under that worryingly high £70 RRP.

I know having the physical version is a no-brainer to many because digital copies are often more expensive (at least around launch) and we can’t make our money back with onward digital sales, but it’s a bit more finely balanced than that for me.

All major consoles now have a game sharing function for digital copies so, while you might be paying up to £70 on day one for a standard version of a new game, as long as you’re coordinating with whoever you share with, you can either be paying half of that or you can get the next release without paying anything at all.

Last generation I got free day one access to games like Ghost Of Tsushima and God Of War while my brother benefited from me downloading the likes of The Last Of Us Part 2 and Red Dead Redemption 2. We often do the same on Switch and while we could easily just borrow discs off each other, there’s no hanging around for weeks waiting for access if you download it.

On that note, whether I buy digital or physical depends on how much I anticipate wanting to keep the game, how big the price difference is between disc and digital, and how much I think my brother would want to play it. When it came to my most recent purchase, he’s not bothered about trying Souls-type games, it was £20 cheaper on disc and I have the option of keeping it for good or selling it on if I don’t think I’ll go back now I have the Platinum.

When I consider how many digital copies of games I have now (and I admit this did seem to sneak up on me), I realise those above variables align less regularly that I’d have assumed to convince me to buy a physical copy.
Panda