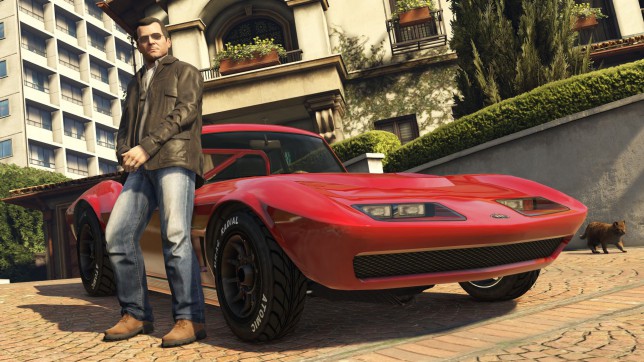 A reader lists his favourite talk radio stations from the GTA series, starting with GTA 3 and going all the way to the most recent GTA Online updates.

From Grand Theft Auto 3 to the present GTA 5 there is so much audio content that players can sit back and relax to with the use of YouTube for those who do not have the previous games or the latest games.

Here are 10 of the best talk radio stations in the GTA series, which provide plenty of entertainment in their own right and show that GTA’s radio stations have plenty to offer beyond just the music.

The debut of Lazlow, where he would take phone calls from people in Liberty City as well as interview various celebrities in the GTA world. Some of the phone calls are very funny and are enjoyable to listen to while just driving around the city or relaxing in the vehicles. Fernado Martinez from Vice City’s Emotion FM is also a guest on Chatterbox.

K-Chat was a talk radio show that interviewed celebrities in the GTA game world, as did VCPR (Vice City Public Radio) which had many shows which also featured civilians. It was the debut of Maurice Chavez, a radio presenter who can be repeatedly heard getting himself into hilarious yet troubled situations.

WCTR (West Coast Talk Radio) is packed with shows that introduced the player to various characters and also saw the return of Lazlow, who was actually a caller who gets mocked by the two radio presenters, the Philips. There were also shows that had other radio presenters, such as Area 53 and The Wild Traveller – two shows which gave the talk radio station some of its funniest moments.

Similar to Chatterbox, however it offered multiple shows and presenters which ensured that it could be enjoyed by players who previously played GTA 3 and had already listened to Chatterbox. LCFR (Liberty City Free Radio) provided fresh new talk radio content, however not as much compared to Chatterbox’s phone calls and the appearance of Lazlow. It still has some great moments though.

In GTA 4 these three radio stations are packed full of shows and talk radio content, as well as in-game celebrity’s. Lazlow returns on his own radio station, where he actually is out on the streets. Sadly, you slowly learn that radio in GTA 4 is dying, as people on the streets recognise Lazlow, which gets him into some trouble at the end.

Ron, who is one of the contacts you work with in GTA Online, is the host for talk radio show and takes phone calls, with Trevor Philips calling in and leading to a bit of hilarity. Fernado Martinez also returns in a separate show in which he gives advice to people, which shows us that he is still giving relationship advice.

There is so much talk radio content in the GTA games, at least 24 hours’ worth, and I am already looking forward to the new ones in Grand Theft Auto 6, when it is developed, as well as in future GTA Online updates, including the next gen consoles versions.