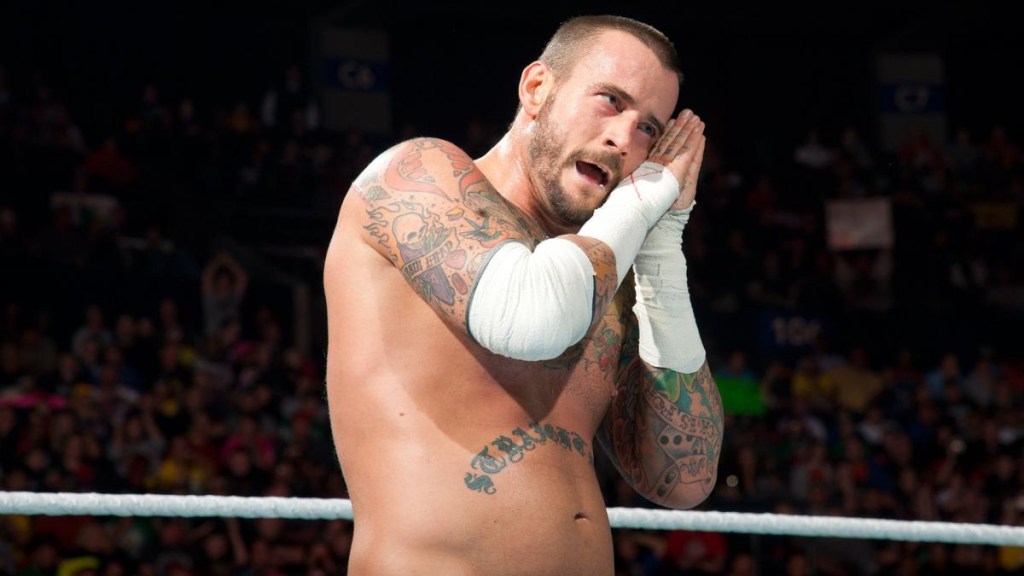 CM Punk knows how to get the wrestling world talking – and he’s done just that after the recent WWE releases.

Among those done with the company – and one of the most baffling – is Samoa Joe, a man the former world champion knows very well from their time in Ring of Honour.

Almost immediately after the releases were announced, fans flooded Twitter with dream match suggestions if Joe is able to return to in-ring action, and one of those is a potential rematch with Punk.

Someone asked the Voice of the Voiceless about the chances of him coming out of retirement to clash with his old foe ‘in the near future’, and he didn’t rule it out.

Intriguingly, he tweeted: ‘Anything is possible.’

The Samoan Submission Machine was shockingly let go by the company on Wednesday along with the likes of Mickie James, Chelsea Green and IIconics duo Peyton Royce and Billie Kay.

Joe tweeted: ‘They really should of never gave me money.’

‘We wish them the best in all of their future endeavours.’

The release of Joe is particularly surprising after the star appeared on commentary during WrestleMania 37 last weekend.

After the event, WWE announced Joe and Tom Phillips had been replaced on the Raw commentary team with Byron Saxton now joined by Corey Graves and newcomer Adnan Virk, while Pat McAfee sits alongside Michael Cole on SmackDown.

They said at the time that Phillips would be shifting his focus to hosting 205 Live and overseeing ‘special projects for WWE’s programming on Peacock’ – which presumably includes the WWE Network outside the US – as well as working at the Performance Center in Orlando.

He will also keep busy and continue his role as Senior Manager, On Air Talent.

In Joe’s case, they had said he ‘remains part of the WWE talent roster’, only to confirm his release days later.

Plenty of fans have been left stunned by the decision, and Renee Paquette – best known to WWE fans as Renee Young – was similarly baffled.

She tweeted: ‘How do you drop the ball on SAMOA JOE?!?!? How?! Injuries aside, what a mistake.’

CM Punk open to Samoa Joe match after WWE releases: ‘Anything is possible’

Paquette spoke to Punk last year, and asked him if he’d come out of retirement to face Joe, which he admitted was appealing.

‘There’s stuff that’s got to be worked through. So I don’t know how you get there. I don’t. I really don’t. I understand Roman’s doing awesome things now, which is great, but – outside of him – what’s the interesting thing I could do there?’