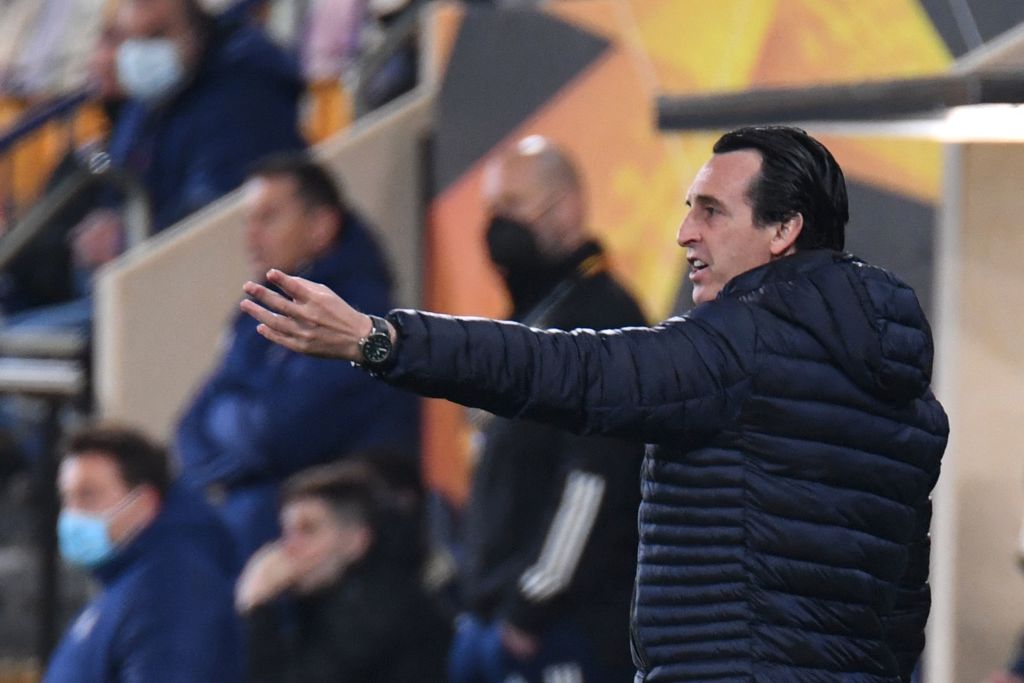 Unai Emery says his history with Arsenal is ‘less important’ than the challenge of securing Villarreal’s first ever European final.

Former Gunners boss Emery will come up against his old side in the Europa League semi-finals after a 3-1 aggregate victory over Dinamo Zagreb.

It is the fourth time the La Liga outfit have reached the semi-finals of European competition, failing to progress any further on each of those occasions.

Emery was the man tasked with succeeding Arsene Wenger in north London following the Frenchman’s departure in 2018. While he led them to the Europa League final in his first season in charge, he was sacked just 18 months on from his arrival.

His reunion with Arsenal is likely to dominate the build-up to next week’s semi-final contest, but the Spaniard insists his focus is solely on ending that hoodoo and winning the competition to secure a place in next season’s Champions League.

‘Breaking the barrier of the semi-finals is the great challenge,’ Emery said. ‘The idea of reaching the Champions League through the Europa League is very important.

‘When I signed here this was one more process. My past at Arsenal is less important.’

On the challenge presented by Mikel Arteta’s side, Emery said: ‘We want to continue to play our way, always respecting our rival and not speculate on anything.

‘We need to play to win and go into the match with the same sincerity that we’re currently showing. Play the same way and don’t give them chances.’

Arsenal head to El Madrigal for the first leg of their tie on Thursday 29 April, with Emery set to return to the Emirates to following week.